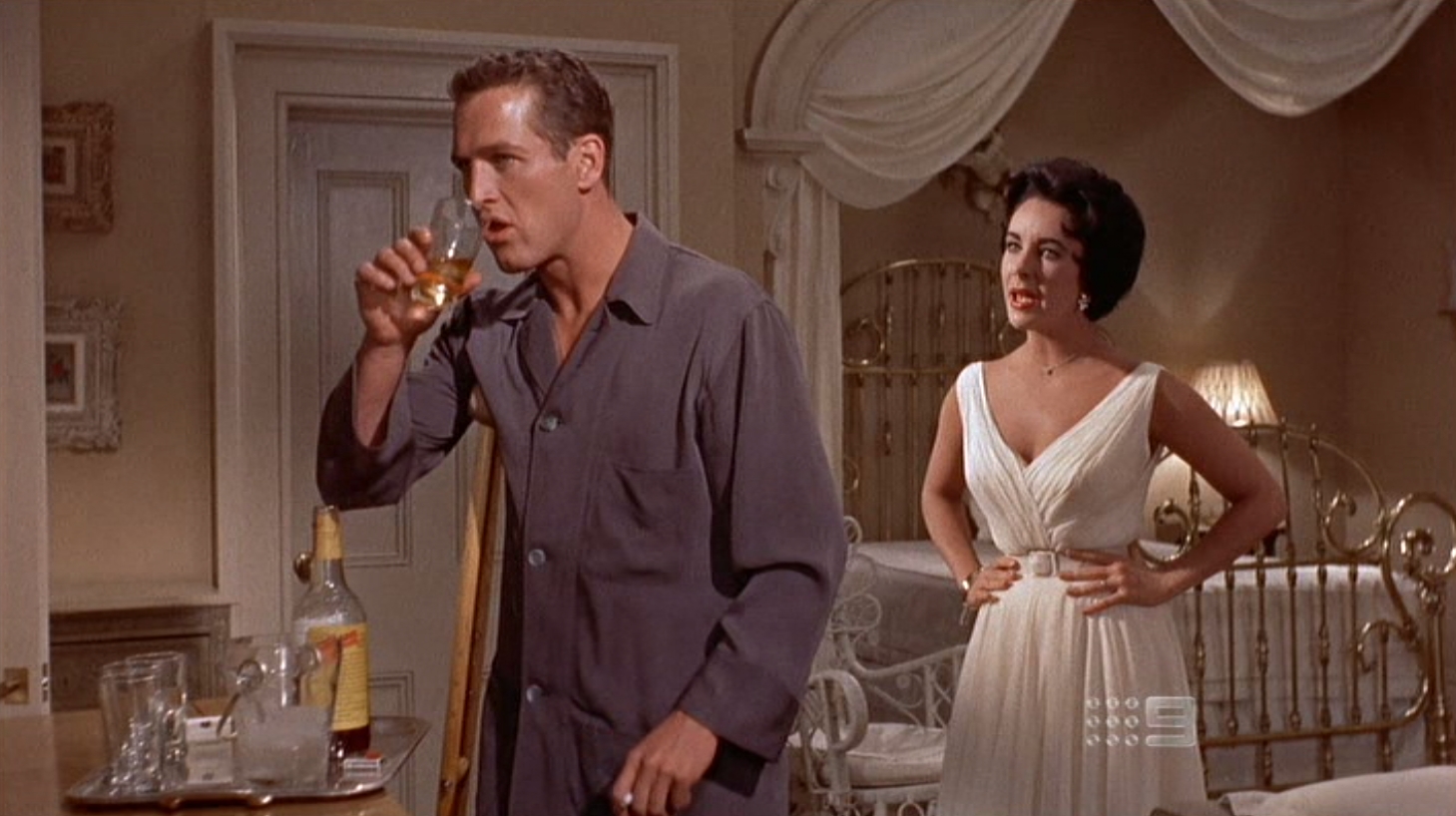 Cat On A Hot Tin Roof

When I got up this morning and looked at the television guide, it was clear there was only one program worth watching/recording: a mid-afternoon screening on Channel 9 of the classic, “Cat On A Hot Tin Roof”.

I don’t know how many times I’ve seen this film. The first time was probably in childhood. Though I obviously didn’t understand the deeper meaning then, there was still something about the story which captivated me. I’ve watched it numerous times since, and with every viewing I pick up something new. As a child it was a kind of interesting story of a family going through a crisis surrounding the imminent death of the patriarch. In my late teens, there was the sudden realisation of the potentially deeper friendship – potentially gay relationship – between the Paul Newman character, Brick and his best friend, Skipper. This was possibly the reason for Brick’s alcoholism: he got married, when deep down he was actually gay. Later, I realised what good actors Paul Newman and Elizabeth Taylor actually were: it wasn’t just Hollywood hype. And then the thing I picked up today, which was quite superficial, was the realisation Paul Newman was a seriously sexy man.

At a deeper level, I really love the works of Tennessee Williams. Although this is my all-time favourite, I’m also a great fan of The Glass Menagerie (1944), A Streetcar Named Desire (1947) and Suddenly, Last Summer (1958). The latter is an amazing film which also deals with repressed homosexuality and features Elizabeth Taylor. I guess what I like about his work is the complexity of the characters – the characters are usually, genuinely, seriously “f^&*d up”! (they make my life seem reasonably normal, in comparison :) – combined with such beautiful writing. Every word has depth and meaning.

Aside from that, it’s been a day of transforming my house from a semi-brothel like situation into something you might equate with first world living. Gosh, it was messy.

Tomorrow, I’m off to a Sydney Fringe play, a party, and then who knows what.

And with just a few weeks until I’m off to China, I’m starting to do some proper holiday research.