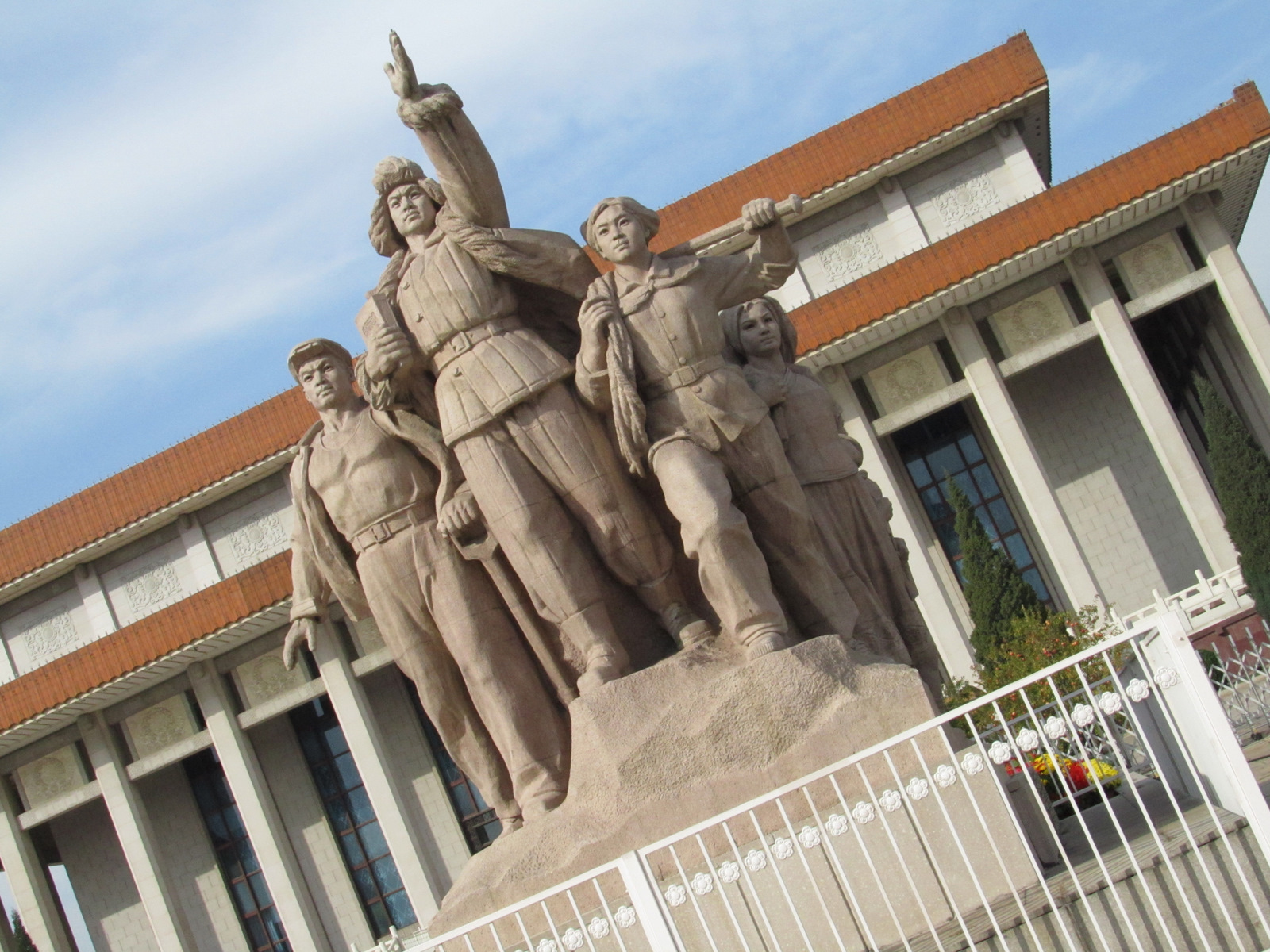 The apartment block in which Kate is living is 14 stories, has a little shop at the bottom, and is almost exclusively inhabited by Chinese people (I assume). It’s a lovely apartment which, though it’s located quite close to the subway, is reasonably quiet.

As we walked around the shops and markets, Kate chatted to some of the people she regularly sees in her daily living. It was a really lovely experience getting to know a little more about her life in Beijing, except in a very abstract sense.

Our most important task this morning, however, was to “register” me with the police. If you’re not staying in a hotel or a hostel or other type of “official accommodation” (that is, you’re staying privately), there’s a requirement for you to register with the police within 24-hours of arrival. Although it sounds quite scary, it was reasonably straightforward.

Around mid-morning, we wandered to a nearby park, Tuanjiehu Gonguan. As we entered the park there was a stream of people coming out. Unfortunately we’d just missed a public performance by a large choir. Kate chatted to some of the people organising the performance, and determined they perform Monday, Tuesday, Thursday and Friday at 9.00am. Luckily, we caught a more informal singing group. There’s something about public singing that I really love so much.

From there, we caught the bus to Qianmen at the south end of Tiananmen Square.

On a more mainstream level, Kate also took me to a terrific tea shop and a shop that sold Chinese medicine.

Later in the afternoon, Kate wandered back home and I continued sight-seeing at the Forbidden City. It wasn’t long after that I realised some of the perils of being a middle-aged single white man in Asia. You get hit on for just about everything. You’re offered tours. You’re also probably offered sex. (Yes, really). After a while it all got a bit much for me, and so I left prematurely. I’ll plan a later visit to the Forbidden City to enjoy it when it’s less of a tourist trap, I hope. Even this evening, the offer for me to go into “girls bars” was on a par with King’s Cross in Sydney.

Although I have absolutely no knowledge of the Chinese language aside from hello, please and thankyou, later this afternoon I was reasonably proud of myself, having navigated my way home on the subway. I also coped reasonably well with the over-crowded trains: it was literally standing room only.

Tonight I also went to The Village at Sun Litun. I needed to make a purchase. Co-incidentally there was also a jazz band from Melbourne playing in the shopping centre which I listened to briefly.

For me the biggest surprise of Day One was the extent to which Beijing has become “Westernised”. I don’t know what I was expecting, but I was certainly expecting something a little “less capitalist”.’