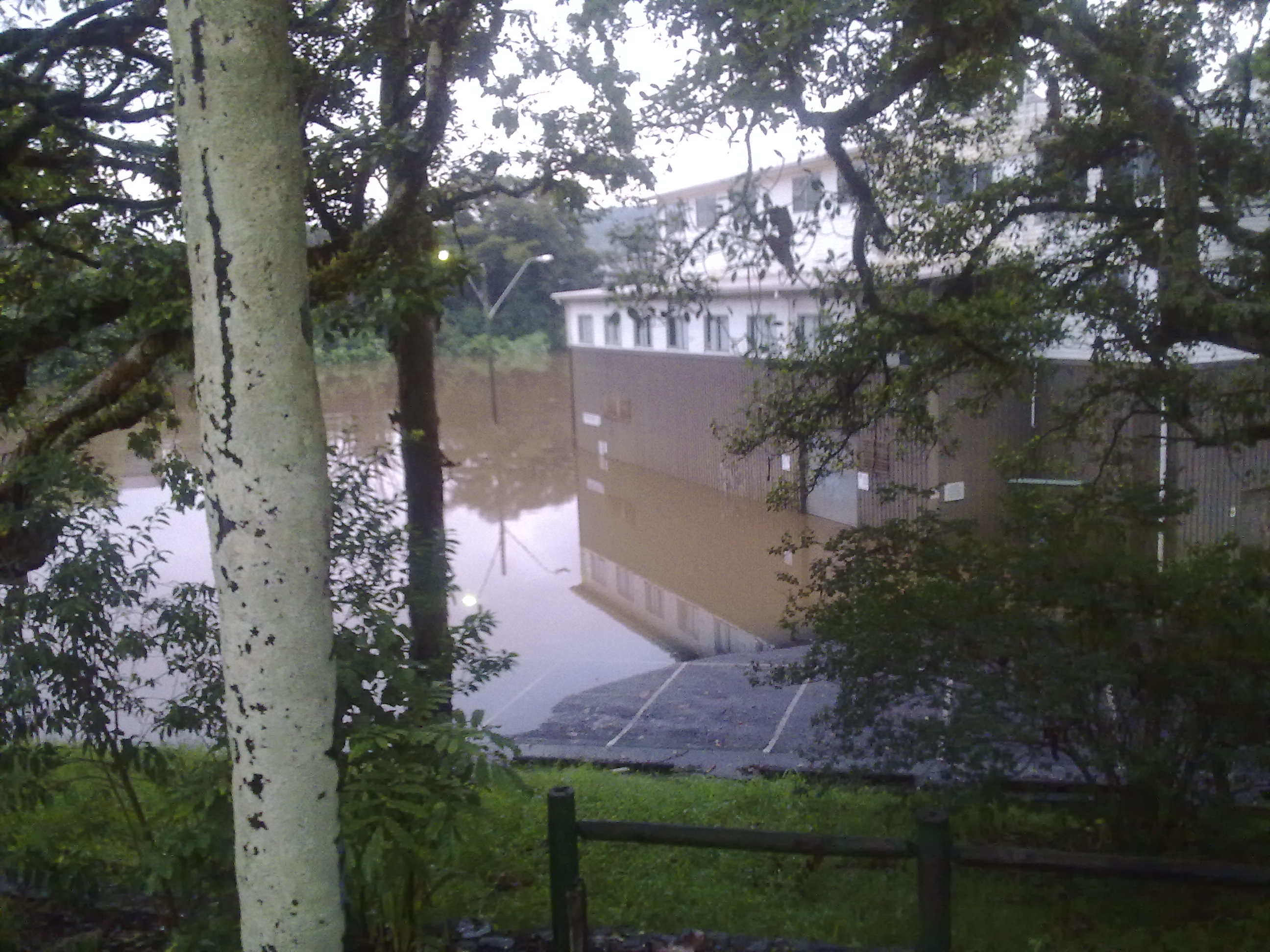 My holiday took another unexpected turn today, as I found myself on ABC North Coast radio for most of the afternoon and early evening doing half-hourly flood warnings.

It was a bit of a flashback in some ways as I found myself once again on the radio saying place names like Bungawalbyn, Coraki and Wiangaree. Since I was born and raised in the area, these are places names which, thankfully, roll of my tongue, but there were a couple of places names I had to check on. Not because I wasn’t sure, rather because I wasn’t sure if the way I’ve always pronounced them was still correct.

Tumbulgum is a case in point. As a child, I was brought up to pronounce it always as “Tumble Gum”, though I note there are variations such as “Tum-bool-gum” and “Tum-bull-gum”.

Another good example is the nearby town of Moobal, which I’ve always pronounced as “Mobil” (pronounced a bit like the service station). Though, I note as you drive through the town, they’ve taken on a “bovine theme” associated with pronouncing the “moo” in “moobal”, these days.

Less obviously, I’ve always had a natural inclination to pronounce Ballina as “Ball-nuh” (dropping the middle syllable), and, like many others, to sometimes drop the first “l” in Alstonville, so it becomes almost like “Austinville”.

Another interesting local variation is pronunciation of the names Monaghan and Callaghan. As a child, these names were always pronounced “Mona-gan” (not Mona-han) and “Calla-gan” (not Calla-han”). Monaghan was a well-known local business name, by the way.

I guess part of this is because of my family’s cultural background which dates back about 100 years in the area on my dad’s side and about 80 years on my mum’s side. In the case of Monaghan and Callaghan, these were obviously local variations on the usual pronunciation of names, a bit like the way Italian names – lots of them in my extended family – were Anglicised.

I think regional language variation is a fascinating area of research and would recommend a terrific ABC website called Wordmap I was looking at it for a little while tonight and saw a few things which made me smile. There’s the very obvious variations in the name given to processed sausage. In different parts of Australia it’s variously known as Devon, Windsor and Fritz, while in this part of Australia, it was usually known as “Byron Sausage”, though I note you mostly find Devon in the supermarket these days.

As I looked at some of the words I noted the phrase “Ward Eight” as a localism that refers to the former mental illness facility at the Lismore Base Hospital. “They’ll put you in Ward Eight” is a phrase I remember from my childhood. But I note someone wrote to that website to say they’d never heard of it referred to as “Ward Eight” saying they grew up near Lismore and only ever heard it referred to as “The Richmond Clinic”. Well, I remember that phrase too, though it came along in the 70s and 80s perhaps. Prior to that, it was most definitely “Ward Eight”.

I guess part of the linguistic variation now evident locally has occured in the the last forty years, because of the population influx you generally associate with the Aquarius Festival in 1973, and then more recently as people have made a lifestyle choice to move to the area from South East Queensland and other parts of New South Wales.

It’s now late on Monday night, and having experienced a bit of nostalgia, I’m off to bed. The rain has eased again. Hey, there was even a bit of sunshine earlier today.