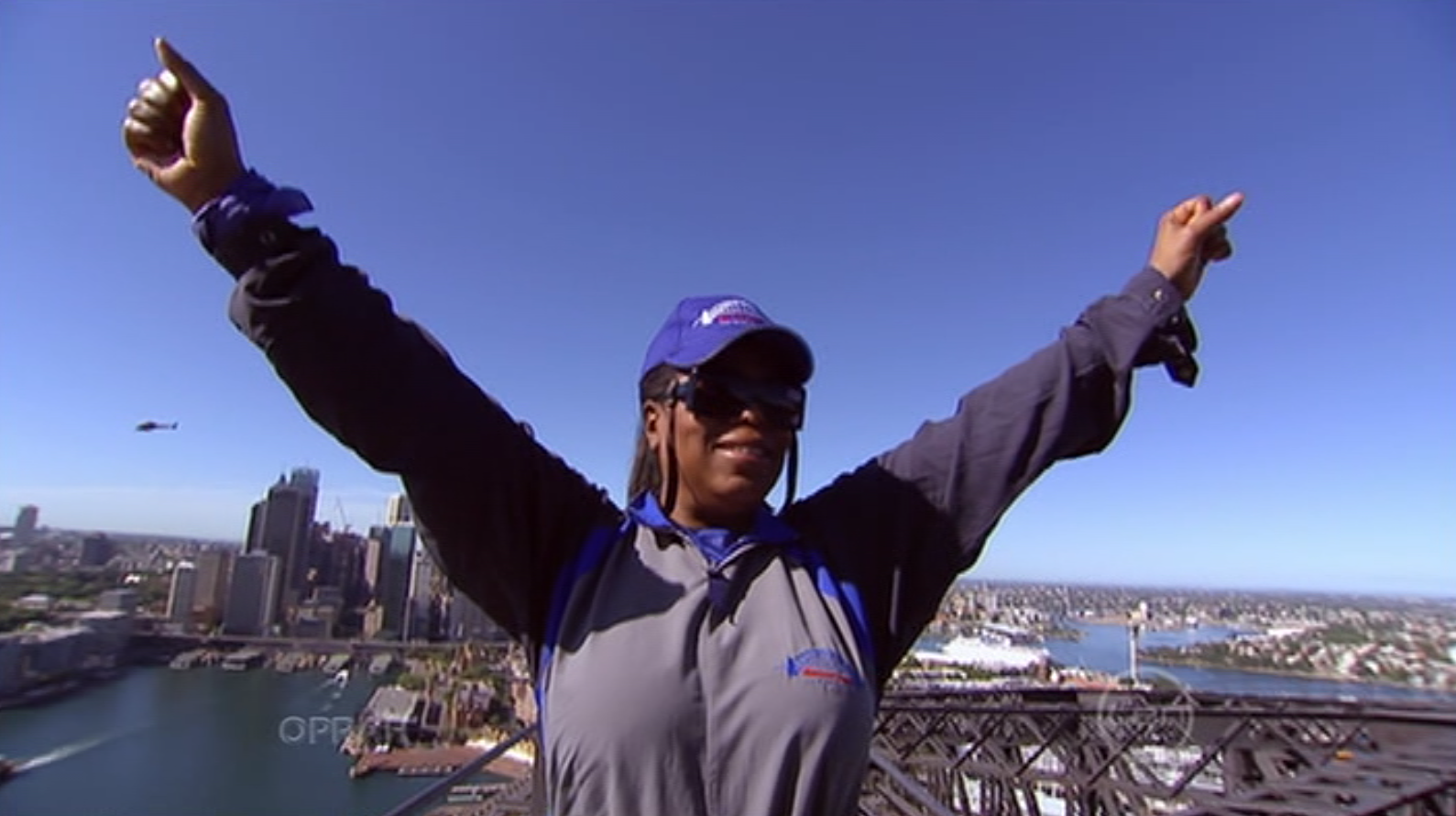 I had every plan of watching a fair bit of television tonight, but somehow the only thing I managed to watch properly was the Oprah in Australia special on Channel 10.

It was another monstrously busy day at work, and then after heading over to visit my friend who has been in hospital, my plan was to come home, sit quietly and watch a fair bit of television.

After all of the hype of the last few months, how could I NOT watch Oprah? Although I missed last night’s episode, and probably won’t see tomorrow night’s either, I was determined to watch a least one episode.

“How was it?”, my friend asked as we chatted on the phone later in the evening. “It was actually pretty good”, I told her. I really like the way Oprah seems genuinely committed to bringing a little magic into people’s lives, and how she never forgets her impoverished roots. I raised my eyes at the yoga on the beach at Byron Bay scene, but that’s all because of my own personal North Coast “baggage” more than anything to do with the program. Otherwise, it was quite an interesting program, the scenery looked great, I definitely decided I must go and see those penguins near Melbourne some time, and boy did Oprah look pissed off when the chopper ran out of fuel when she was atop the Sydney Harbour Bridge.

My friend and I then got into a chat about Oprah and the nature of her relationship with her friend Gayle, which is often speculated to have certain Sapphic qualities. “What’s happened to the husband – Stedman?”, my friend asked. “Oh, I don’t know, although I don’t think he’s been around for a while”.

We then got into a discussion about the sexuality of tennis players currently in the Australian Open. Sam Stosur? Really. Allegedly, of course. Henri Leconte? What? But hasn’t he had three wives and four children? Hang on, they keep describing him in newspaper articles as flamboyant I noted.

Anyway, Oprah was the only show on television I managed to watch all the way through.

I was looking forward to seeing Keanu Reeves on Graham Norton, as I’ve long thought he was quite attractive. In fact, my ex and I had a discussion once that we would have an open relationship if Keanu was part of the equation. Not sure about the acting, though I loved The Matrix, but definitely cute. But guess what? Keanu was quite boring and I fell asleep watching the show, even though I quite love the program.

At the end of the night, I’ve managed to add significantly to the number of recordings on the PVR and on my computer that “I must get around to watching”. I don’t have much planned for the weekend – except taking delivery of a new washing machine – so I’ll make another attempt at watching a bit of television then.