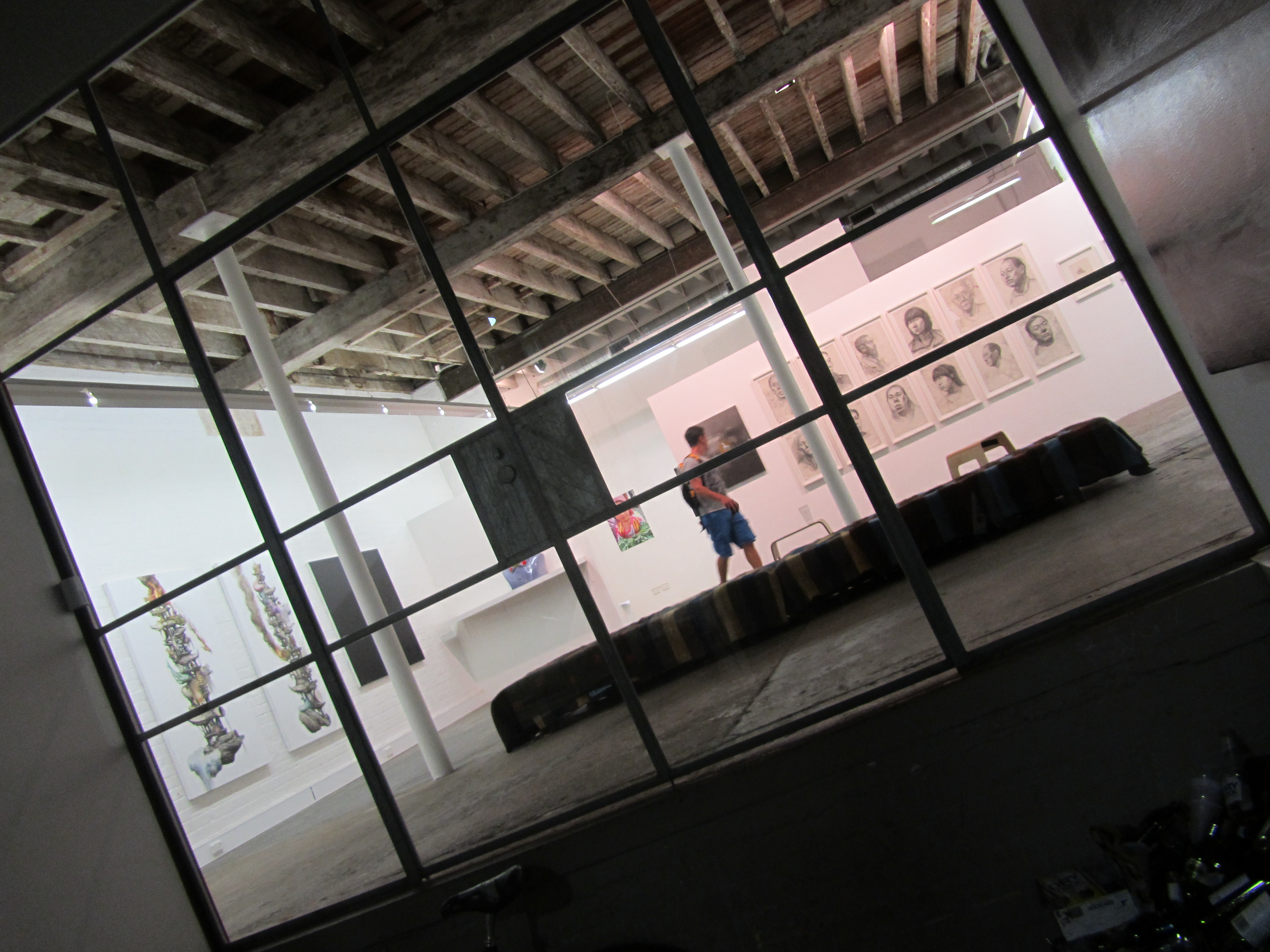 A few months ago when I went to China to visit my friend Kate, she was hosting a group of Australian artists. At the time, they were based in Beijing, but they had been travelling around the country ahead of a group exhibition called Hard Sleeper at Beijing’s Red Gate Gallery. Tonight, I was so proud of Kate and my new artist friends I met in China as the exhibition debuted in Sydney at the Damien Minton Gallery.

“Have you seen my fellow travellers?” one of the artists asked me as we chatted early in the night. As they travelled together and clearly enjoyed the experience very much, there was a sense of excitement and a sense of a reunion amongst the artists, many of whom hadn’t seen each other since the end of October/beginning of November when the project came to an end, and the exhibition opened in Beijing. I was also quite excited to see them again. “How do you two know each other?”, someone asked me and another artist. “We climbed the Great Wall together“, he declared. “And we met Max Walker”, I added.

Gallery artists Peter Gardiner and China de la Vega exhibit new work based on their experience in China, 2010. We also welcome onboard for this exhibition fellow artists Guy Maestri (courtesy Tim Olsen Gallery), Phil James, Frances Belle Parker and photography by the coordinator, Catherine Croll. Hard Sleeper, 7+/-1 Australian Artists in China was a wonderfully eclectic exhibition produced as the culmination of a two-month immersion into Chinese art and culture undertaken by 7 Australian Indigenous and Emerging artists as apart of Imagine Australia – the Year of Australian Culture in China. Led by “China Facilitator” Catherine Croll, the group including: Fiona Foley, Guy Maestri, Frances Belle Parker, Peter Gardiner, Phil James, China De la Vega and Zhou Xiaoping began their adventure by travelling via local transport (hard sleeper) to some of China’s most interesting provincial cities and historic sites including: Pingyao, Xian, Hua Shan, Chengdu, Chongqing, Dazu Grottoes, the Yangtze River, Wuhan and Shanghai (read more at http://www.CatherineCroll.com). During their tour they met with local contemporary artists, participated in forums, engaged in public and private debates, toured artist’s studios and arts districts, conducted classes for hundreds of primary school children in earthquake ravaged Sichuan and served as VIP guests at the Australian Pavilion at the Shanghai Expo. This was followed by a month of frenzied activity during their Red Gate Gallery studio residency where the artists produced an extraordinary range of artwork.

A highlight for me was the philjames work which couldn’t be shown in Beijing which was Mao as Homer Simpson which was both fun, and a great commentary. But I also loved seeing works by Frances Belle Parker whose work was about the flooding of an area of China to build a new city. But most of all, I was very proud to see Kate’s photographic work as part of the exhibition. How cool.

It was a lovely night and a fabulous exhibition that’s worth taking a look at.