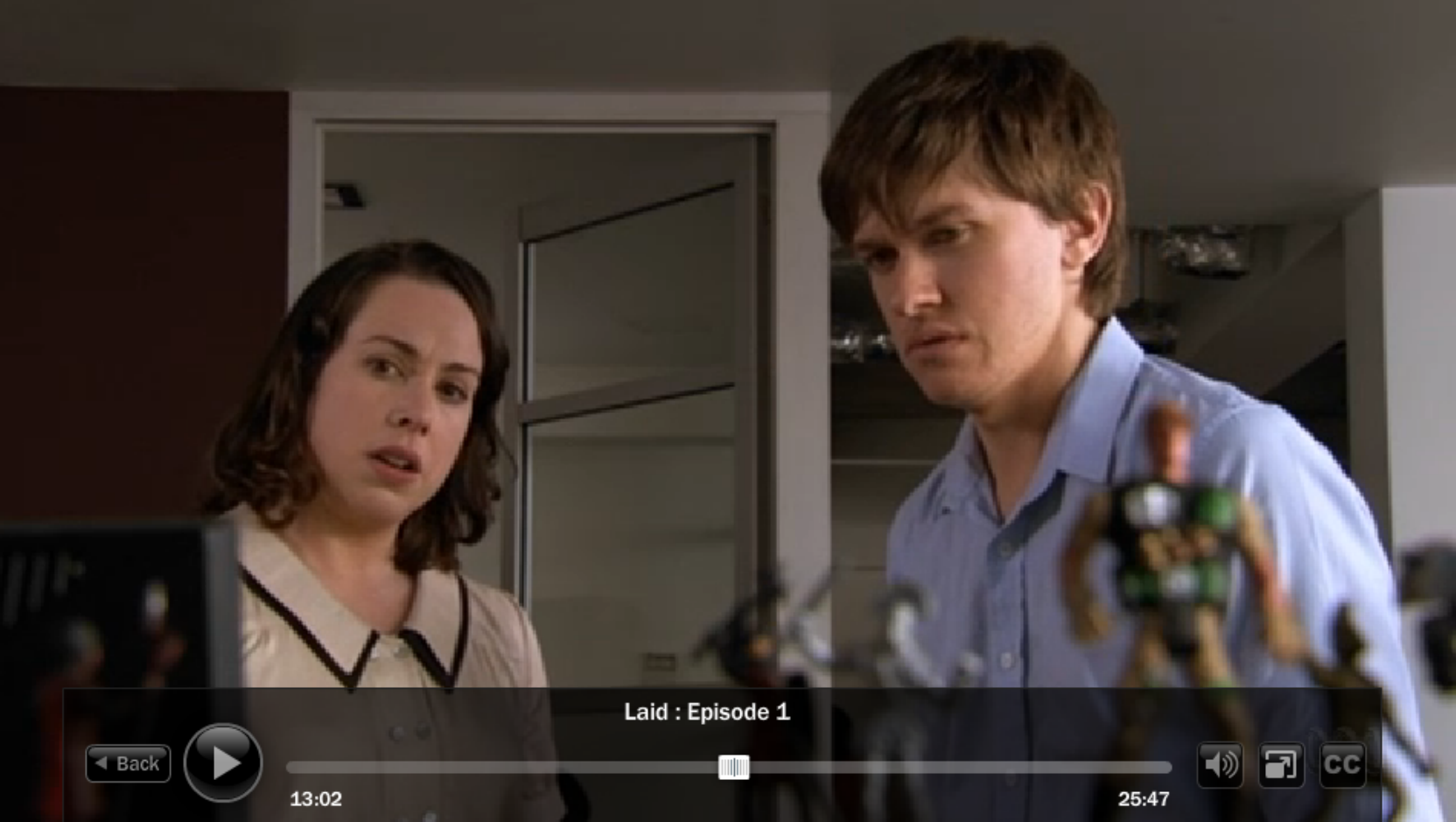 Regular appearances by Sean Micallef could emerge as the only reason I don’t become totally addicted to “Laid”, the new black comedy on ABC 1. I don’t know why I don’t like him. I just don’t.

Co-incidentally, the last time I truly loved a program and found my allegiances tested was when he became Laura’s love interest on “Seachange”.

I think it’s because he has this constant look and manner which suggests he thinks he might be smarted than everyone else, and because he always plays “Sean Micallef”. Although I’m sure he’s probably a lovely person in real life, when he appears on screen I just want to punch him. I feel the same way about Kevin Klein and Richard Wilkins, but that’s another story and perhaps I need some therapy?

Anyway, the point is I saw an ad on television tonight for next week’s edition of “Laid” and I noticed Micallef makes an appearance. “Oh no”, I screamed at the television, adding, “I hope it’s only a camero and not an ongoing role”. Because if it is an ongoing role I will be really disappointed, as I was really impressed by the first episode of “Laid”.

I love the lead character. She has this great sense of vulnerability, but also strength. She works in a market research company doing focus groups. Meanwhile, she’s trying to get on with life and love and all of those things which challenge us all on a daily basis. She does so with passion and a dry, quite black sense of humour.

In this first episode, she goes to the funeral of a bloke she shagged twice at university, and who obviously held a candle for her for many years after. At the end of the funeral, she tries to hook-up with his best-friend, a guy she had also shagged a number of years ago. And guess what happens then? Well, I’m not one for spoilers, so will leave it to you to discover for yourself, as it’s available on iview for a couple of weeks http://www.abc.net.au/iview/#/view/715577 (apologies to overseas readers, as the program is geo-blocked to Australia only).

It was one of a few television shows I watched today as part of “catch up Saturday”. There was also a WW2 doco on iview which I started to watch, but lost interest in. And then on live to air television, I watched “Who Do You Think You Are”, a program about maps, Melvyn Bragg’s show about the English language and then Graeme Norton. Yes, a dramatically interesting Saturday in front of the box.

Seriously though, I love “Who Do You Think You Are” in both its English and Australia formats. If you haven’t seen it, it’s a family history program which delves into the ancestry of a famous person. Today’s episode was about an English newsreader whose ancestry was Jewish-Polish via South Africa and apartheid. Although I’ve no idea who she was, her story was fascinating. If there was ever a chance to work on that show, I’d throw in my radio career and be there in an instant. I love this stuff.

But yeah, television was my best friend today. Nothing else to report.