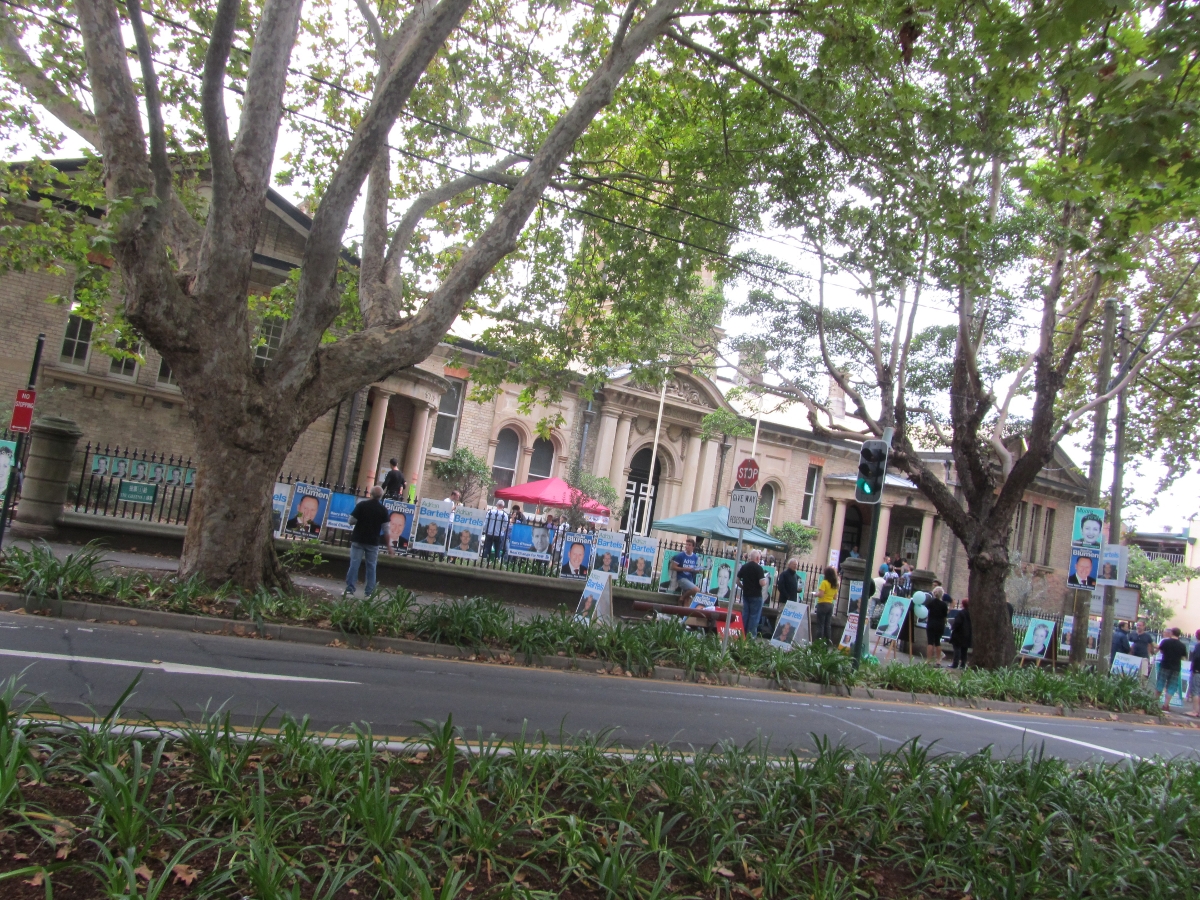 Every time I go to Bourke Street Primary School to vote, there’s always a healthy number of party officials handing out how to vote cards. In contrast to most occasions at the school, this time the Liberals outnumbered Labor two or three to one. I suspect they thought they may have had a chance unseating Clover Moore this time around.

Their candidate was a fairly good looking young gay man whose face adorned more posters than any other candidate on telegraph poles in the vicinity of Crown and Bourke. I swear there were may 10 posters alone at the corner of Devonshire and Crown Streets.

Having made my way through the “rumble chamber” of the party officials I joined the fairly lengthy queue of those waiting to vote, while simultaneously taking in the smells of the nearby sausage sizzle.

“A local?”, the electoral official asked me as I joined the queue. “Yes”, I told her. That was my cue to queue-jump. In a polling booth that’s seemingly overwhelmingly used by absentee voters, being a local voter is like being able to fly first class. They send you straight to the front of the queue, they give you the forms, and you’re in and out within five minutes and eating a sausage sandwich, while the poor absentee voters are left waiting.

In contrast to the last state election, this was a rather leisurely day for me. In the last election I was working as the Executive Producer of ABC Radio’s coverage from the tally room which was at Homebush. This time around there was no longer a tally room, and I no longer have any involvement in state-based programming.

As there wasn’t a “tally room” per se in NSW this year, the ABC did set up the television and radio studios in the downstairs foyer, making them open to members of the public to create a “tally-room-like” atmsophere. I went in for a while and enjoyed the atmosphere very much, but since I was still a little bit sick (the cough, the wheeze and the sneeze) I decided to come home to watch and listen to the coverage from the comfort of my own lounge-room.