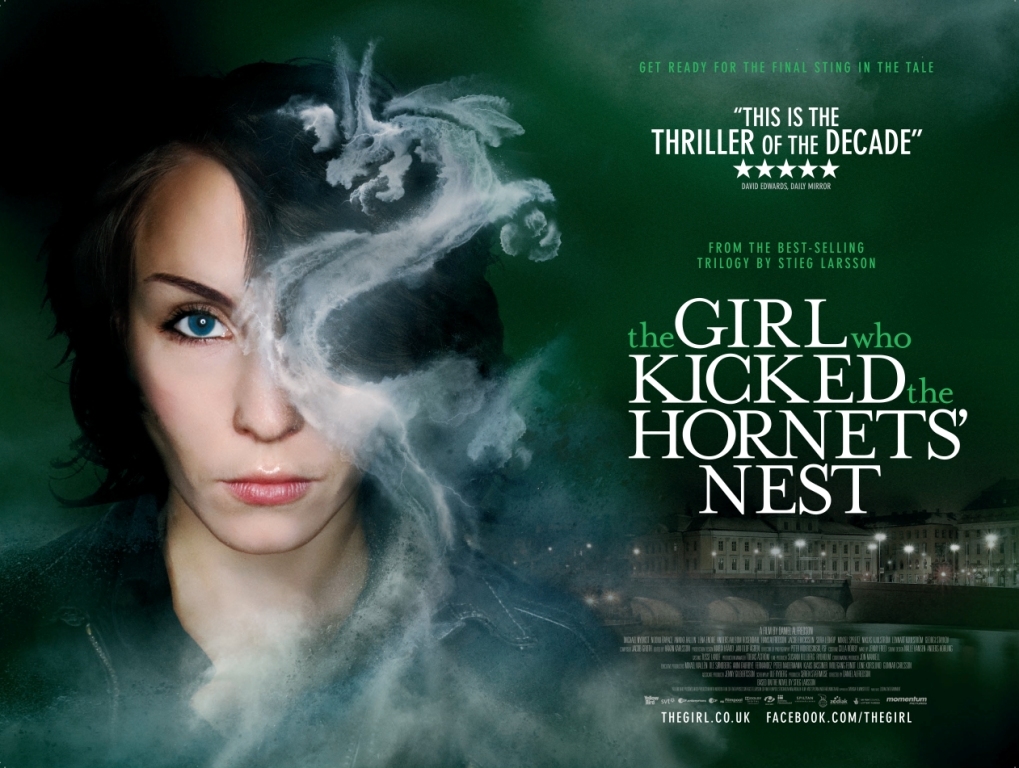 “The subtitles don’t exactly match the text”, I whispered in the ear of my friend Grant.

“And isn’t it great that we can recognise this?”, he responded.

We were sitting in the Dendy Cinema at Newtown watching the third and final in the Millenium series by Stieg Larsson.

Grant has read the books in English, and I’m about half way through a chapter in the first book in Swedish (it’s taking a while).

Both of us have been learning Swedish for some time, and both agreed it was a bit of a breakthrough moment in terms of understanding Swedish.

“Swedish films with English subtitles are a good way of improving listening skills”, I suggested to him at the pub later, especially if you can try to ignore them, and only look down to the text when it becomes confusing.

For me the confusing parts were when they got into reasonably vocab-intensive speeches, and when a few of the people spoke with regional accents. The doctor who looked after Lisbeth when she was in hospital, for example, was a little hard to understand to my ears trained on a “Stockholm accent”. Michael Nyqvist, however, who plays Mikael Blomkvist has beautiful diction, and I found him quite easy to follow.

We watched the film a little differently to a lot of other people I guess, most of whom I’m sure were just there to see a good film.

I haven’t read any of the reviews, though I know one reviewer on ABC Local Radio described the film as boring, little more than a courtroom telemovie. And on top of that, he argued it wasn’t a very interesting courtroom. Fellow blogger, Victor, also expressed the view the film has a rather limp ending.

This third film lacks a bit of the action of the second film. About the most graphic thing you see is the removal of the bullet from Lisbeth’s brain early in the film, and later, when she takes revenge on her crazy half-brother.

This film is a lot more cerebral, and a lot of the time is spent in and around the courtroom. It also seems to be a film which brings to a conclusion some of the plot-lines. After all of the death and destruction of the previous two films, you might even say it has a “feel good” quality to it.

The fascinating thing I’ve found about watching all three films now is that, despite their length – all about the two-and-a-half-hour mark – they’ve always maintained my interest.

The other thing I mentioned to Grant at the pub was a BBC documentary I saw on Youtube about the success of Scandinavian crime fiction.

One of the fascinating arguments in the documentary is about the centrality of the assassination of Swedish PM, Olof Palme to the mindset of the Swedes generally, and in this type of crime fiction in particular. Zoom up to about the 30 minute mark to see this particular focus.

Although a number of people have come forward to admit to the assassination, it remains an unsolved crime, and there’s an undercurrent of conspiracy theory the government knows more about Palme’s death than has been revealed. There are lots of undercurrents of government cover-up in the Millenium series also.

It’s a documentary worth watching.

After the film we had a beer or two, and then it was off to Oxford Street for a catch-up meal at a local Thai restaurant. And then, watching about 20 minutes of Polly’s drag show at Stonewell.