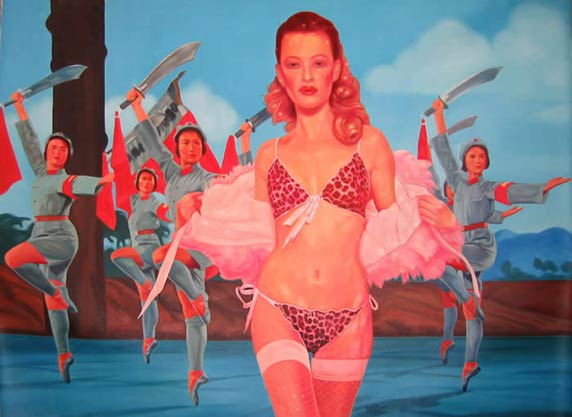 Even though I’ve spent most of my career reading, writing and speaking, I realised today how hard it can be to get the words “just right”.

I spent a few hours today with @JanneRyan working on an invitation for an exhibition opening we’re both involved in at the Newcastle Region Art Gallery.

Since 2002, we’ve both been involved in a group called “Hawkesbury One“. We’re a group of friends and family members who each contribute $2000 per annum to buy art works collectively. These are works we could never afford individually, and they’re works we might not otherwise be aware of. But for close to ten years, we’ve been buying these works, have been learning more about contemporary Australian art, and have been sharing th works around our homes on a six-month rotation.

The group was set up, legally speaking, as a joint-venture for ten years only. And now we’re fast approaching the “business end” of things which means we need to make decisions about the collection’s future and what we do with the works we’ve purchased as a group.

Best of all though? Much of the collection will soon go on show at the Newcastle Region Art Gallery.

So today, we spent a few hours going through the graphical look for the invitation and carefully choosing the words. We want to convey some messages about how we’re bunch a people who aren’t experts in contemporary art (by any means) and that anyone can do what we’ve done, as well as a message about what a great idea it can be for art more generally. The issue became how do you combine those messages in a simple invitation. Directing people to our website became the obvious way to do it. Nonetheless, it took a few hours to get there.

If you’re in Newcastle from June 11 to September 4, it would be great if you were able to come for a look. In the meantime, check out the “Hawkesbury One” website.

Aside from that it’s been a fairly relaxed day.