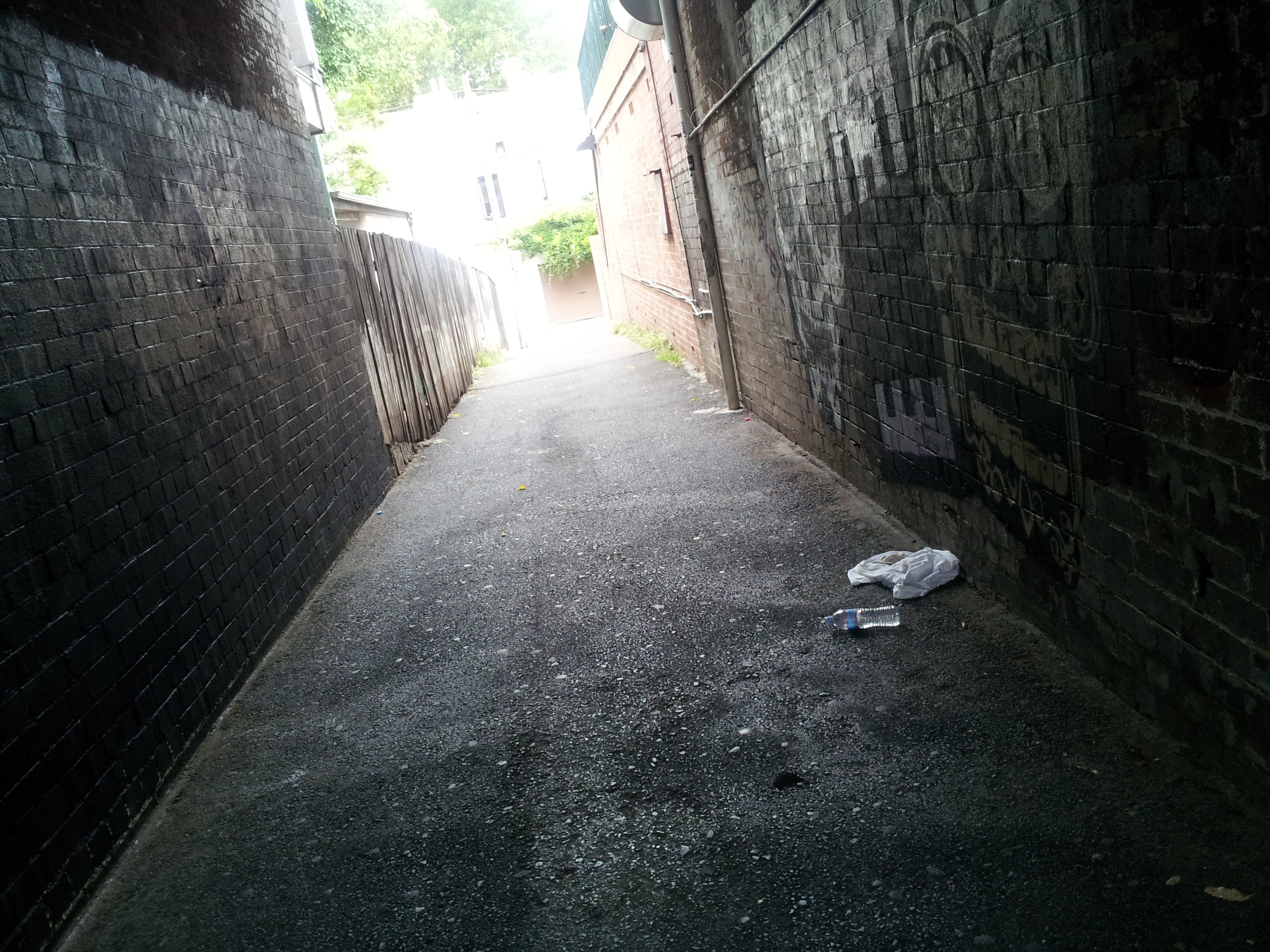 There’s a laneway near home which I use at least twice a day on most days of the week. Actually, I’m not sure if you would even call it a laneway, because the word laneway would imply it has a name. I checked on Google Maps for the thoroughfare between Crown Street and Wiltshire Lane and it doesn’t appear to have an official name, though unofficially I call it “The Pee Lane”.

Even though it’s not all that exciting, it’s a surprisingly busy thoroughfare. And not just for residents, but people – err men – who are walking along Crown Street late at night and who need to “relieve” themselves. I guess it’s one of the downsides of living in an area with so many bars, and a bit of a “party” culture: if you’re a man, the world is your urinal. I’m not being judgemental. I, too, have been known to use the odd laneway in Surry Hills for a little bit of urinary relief. On odd occasions, as I’ve been wandering home late at night, I’ve encountered an individual or a group taking advantage of our local laneway. Although on most occasions, I look ahead and ignore the offender(s), there was one occasion where I said to a group of young men “will you stop pissing in my laneway”. They laughed.

Young men were the group I assumed to be the greatest offenders. They’ve gone out, had a few beers, couldn’t find a public toilet, and so they used the first available space. As I headed to work in the morning and recoiled at the smell of fresh urine, or walked around a fresh puddle, I always assumed it was young drunken men who were responsible/

Until a few months ago when I saw an older bloke (seventies, maybe) relieving himself in the lane way as part of his morning “constitutional”. The following day I saw him again, at about the same time, doing exactly the same thing. On two separate occasions since then I’ve “caught him” doing exactly the same thing. So yeah, while I’ve been heaping the blame on nameless young men, I now know it’s an older bloke on his morning who is the culprit responsible for all of those pools I walk around as I make my way to work on weekday mornings.

So….. Dear Sir – if you’re reading this post, will you please stop pissing in my laneway.