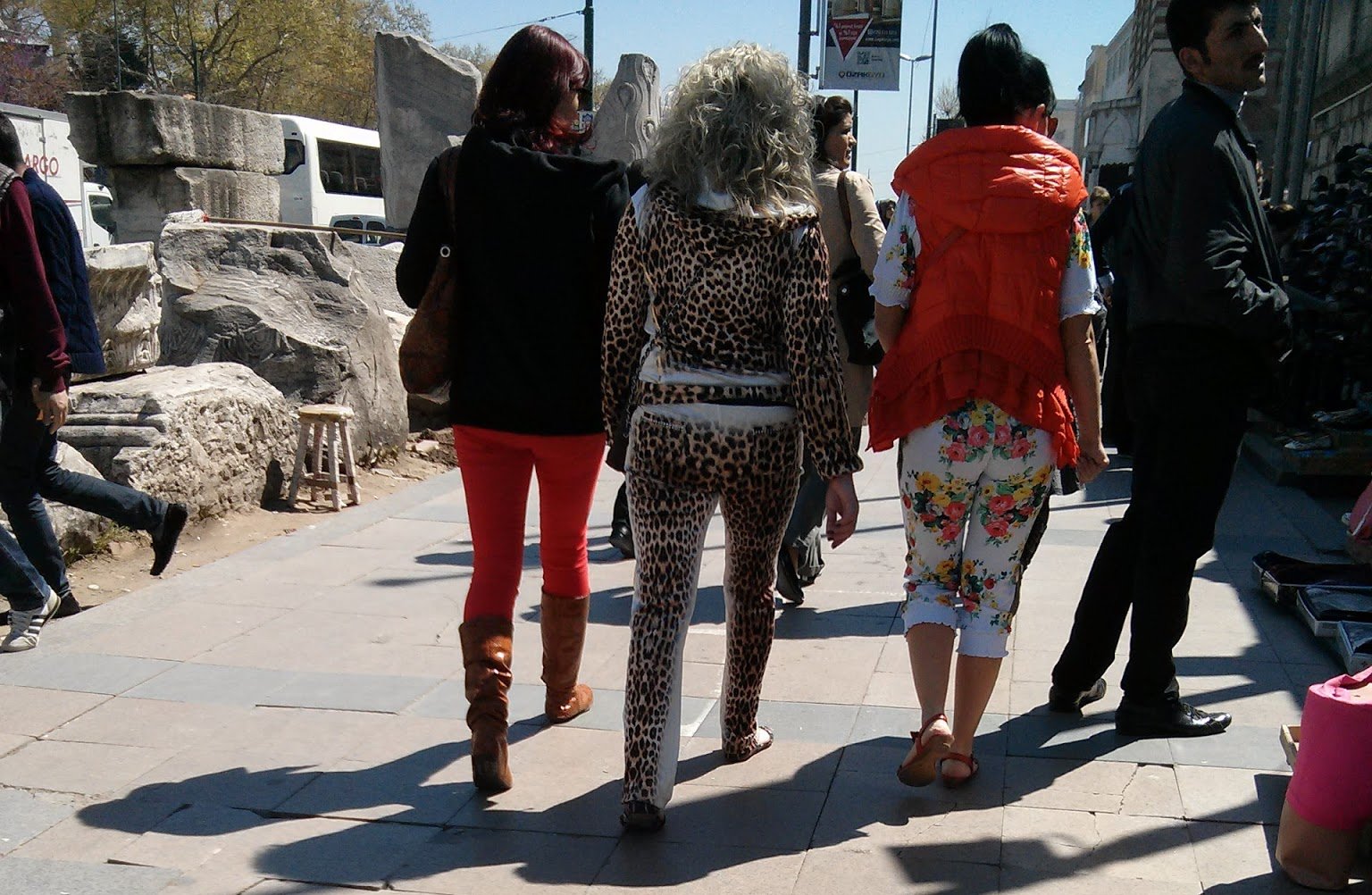 There was a brief moment today when I thought I’d bitten off more than I could chew. As I looked around the street signs there wasn’t a single word I understood. Unlike other places I’ve visited in the last few years, I was beginning to feel I’d failed to do (what I thought) was adequate background research about the history and geography of the place. “Oh my goodness, I know more about Chinese history, language and culture than I know about Turkey”, I thought to myself, feeling somewhat ashamed. And so there I was standing on a street in Istanbul, not understanding a single word and struggling to remember those high school history lessons about the Ottoman Empire, my only cultural reference for the country I was in outside of the Turkish restaurants on Cleveland Street, near my home back in Sydney.

“You idiot”, I thought to myself as I reflected on the lack of control I was feeling about the situation. But as I headed back to my hotel room to there was a breakthrough moment. The turning point was when I saw the world “Serpil”. Serpil is the name of a woman I have worked with on-and-off over the last few years. I’m not sure if she was born in Turkey or not, but I know she comes from a Turkish heritage. And there, in front of my eyes was a shop named “Serpil”. I know it seems crazy, but it was enough to give me a “cultural footing” to take that one step further.

I was also reminded of the advice I’ve received from a number of people over the years. “Always say yes, you’ll know when to say no”, a young colleague told me about travelling several years ago. “Always take that one step further. Always take that one left turn off the main street”, several other people have also told me. And so just when I was feeling somewhat bewildered about the lack of familiarity about my surroundings, there was a voice inside my head which said, “Don’t worry about being in control, don’t worry if you don’t know where you are, just go for the adventure”. For me, it was a moment of liberation, where I told myself to just go with the flow, to relax and to accept whatever the day would present.

Yes, I’d been told about The Blue Mosque. Yes, I’d been told about the hamas. Yes, I knew I had to go and get my bus ticket to travel to Çanakkale tomorrow. But did I have any idea about where they were and how to find them? The answer is no. So I came back to my hotel room and, using Google Maps, tried to get some sense of where I was, and what was nearby. Armed with this sense of control, I headed back out again.

The first “thing” I visited was the Sherazade mosque, not far from where I am staying. I’ve only been to a mosque once before, the Gallipoli Mosque back in Sydney. I feel almost ashamed to admit I only have a cursory knowledge of Islam. “What are all the lights about? Is there a ‘front’ to the church, like an alter?” were some of the questions going through my head.

The next “thing” I visited was the Grand Bazaar. I’m not one for shopping at the best of times, and so the endless stalls held little attraction for me. Instead, I looked to the roof and the interesting patterns instead.

“Things” don’t interest me all that much when I’m travelling. I’m far more interested in people. I’m more interested in the way people live. So, as I walked around I started to notice things like the way in which people were dressed. For example, I’d say there are more women wearing the full veil in Sydney than I saw on the streets of Istanbul today. I saw many more women colourfully dressed than I’d expected for a country where Islam is the dominant religion. I saw women dressed in what I guess I would call “traditional clothing”. I noticed the immense physical diversity of the population, reflecting the history of the place. I saw people who “looked” like they were from southern parts of the former USSR. I heard no English, and saw no apparently “Western” tourists, aside from at the explicitly “tourist” spots. I noticed smoking was still reasonably common.

Later in the afternoon, as I wandered around Taksim Square I began to feel that sense of bewilderment again. As part of my “Google Research” earlier in the day, I knew wanted to visit a bar called “Chianti”. I’m a great one for believing you can get to know a city by going to a bar, and hopefully by chatting with some locals. Although I had a map, and had written down the details about where the bar was, I didn’t really know where I was and how to get there. So I went to The Intercontinental (which I knew was closeby) where I figured they would be able to help with some directions. Unfortunately they weren’t much help, aside from telling me it was about a fifteen minute walk. Armed with that information, I caught a cab.

“What will you DO in there?’, the taxi-driver asked me, as we arrived in a rather “dodgy” looking part of town. It’s a question I chose to ignore because, frankly, I had no idea. But armed with the courage that comes from a glass of wine at a 5-star international hotel, I hopped out of the cab and made my way up the stars. The directions said it was on floors two and three. I climbed the steep stairs to the second floor and opened the dark,, heavy door.

Inside, in rather grim surroundings there were maybe a dozen people drinking and smoking. “This is my son”, I heard one of the men say, introducing him to a couple of German blokes. The soundtrack (as with the posters on the wall) was from 1990s heavy metal. Although the crowd was friendly, and I chatted briefly to some of them bloke, I never really felt like they were “my people”. After a while, I bid them goodbye, and decided I would head up one more floor.

As I made my way to the third floor (it was actually the second floor, I later discovered), I rang the bell and was welcomed by the barman. Over a couple of beers I sat, listened and enjoyed the company of half a dozen men in their thirties and forties. Of course I had no idea what was being said, and the English language skills of the patrons were very limited. But I liked the place. It had a nice vibe. I liked the way the barman offered bar snacks which went a little beyond what I’m normally served back in Sydney, including chopped up cucumber. I liked listening to Turkish pop music. I sat and wondered what the nearby bloke was doing as he wrote numbers on a sheet of paper. Lotto or a complex horse racing formula?

“I have to go now” I said to the barman, almost apologetically, after a couple of hours mentioning I was travelling tomorrow and needed to be up early. “I’ll be back later in the week”, I told him.

The day ended in a rather weird manner. As I made my way to my hotel I stopped for a moment to listen as a crooner at a nearby club sang a cover version of the Tom Jones classic, “Sex Bomb”. As I stopped, stood and recorded the music, a bloke came up to me and asked if I wanted my shoes cleaned. “No”, I told him, adding they were fine. A couple of seconds later, he threw some crap on them and told me, I assume, “Now, they need cleaning”.

Here’s the actual exchange as it occured, as I was happily recording the music…