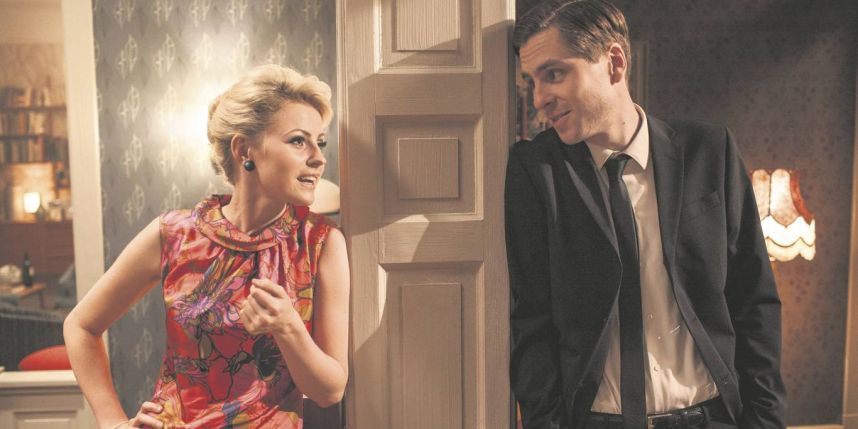 The last couple of weeks have been reasonably busy, and so I haven’t managed to immerse myself in the Scandinavian Film Festival as I’d hoped. There was one film, however, I definitely wanted to see on the big screen, having previously seen it only a small screen: the movie about the life of Swedish jazz singer, Monica Zetterlund.

I’d first heard about Monica twenty or thirty years ago, as Frida from ABBA had described her as one of her idols. The story of a jazz singer from a small country town who, in 1960s Sweden, has to find a balance between career and family is a theme in both their lives.

In the time since, I’ve come to know and really enjoy Monica’s work.

The film explains this particular song, and many of her others, comes from Monica’s desire to sing (mostly in Swedish) about things in her life. The film details a meeting with Ella Fitzgerald, where Ella, quite directly tells her not to sing about New Orleans and other such things (the staples of 1950s and 1960s jazz), but about stuff she knows.

Monica’s own experiences of travelling to New York are documented in the film: an early disastrous performance where the show was shut down because her backing musicians were black; and a later more successful show that brings her family and friends to tears. The film documents a difficult relationship with her father who lives in the small town of Hagfors. “Do you have any idea where that is?”, I whispered to Grant. Later, over a drink, we looked it up, locating it in the middle of Sweden, towards the border with Norway. There’s a really funny scene in the movie (which I won’t spoil) about Monica’s personal vow never to return to Hagfors.

I really loved this film. It’s a great story. Great music. Features great performances. And has beautiful cinematography which deserves the big screen. I really hope the film gets a broader cinematic run in Australia.

PS: After watching the movie we went out for a drink and a chat. We joked we should have played the “Monica Zetterlund Drinking Game”. It’s the game where you watch the film and have a drink every time she does. You would end up pretty sloshed pretty quickly. She liked a drink or 25,000, it seems.