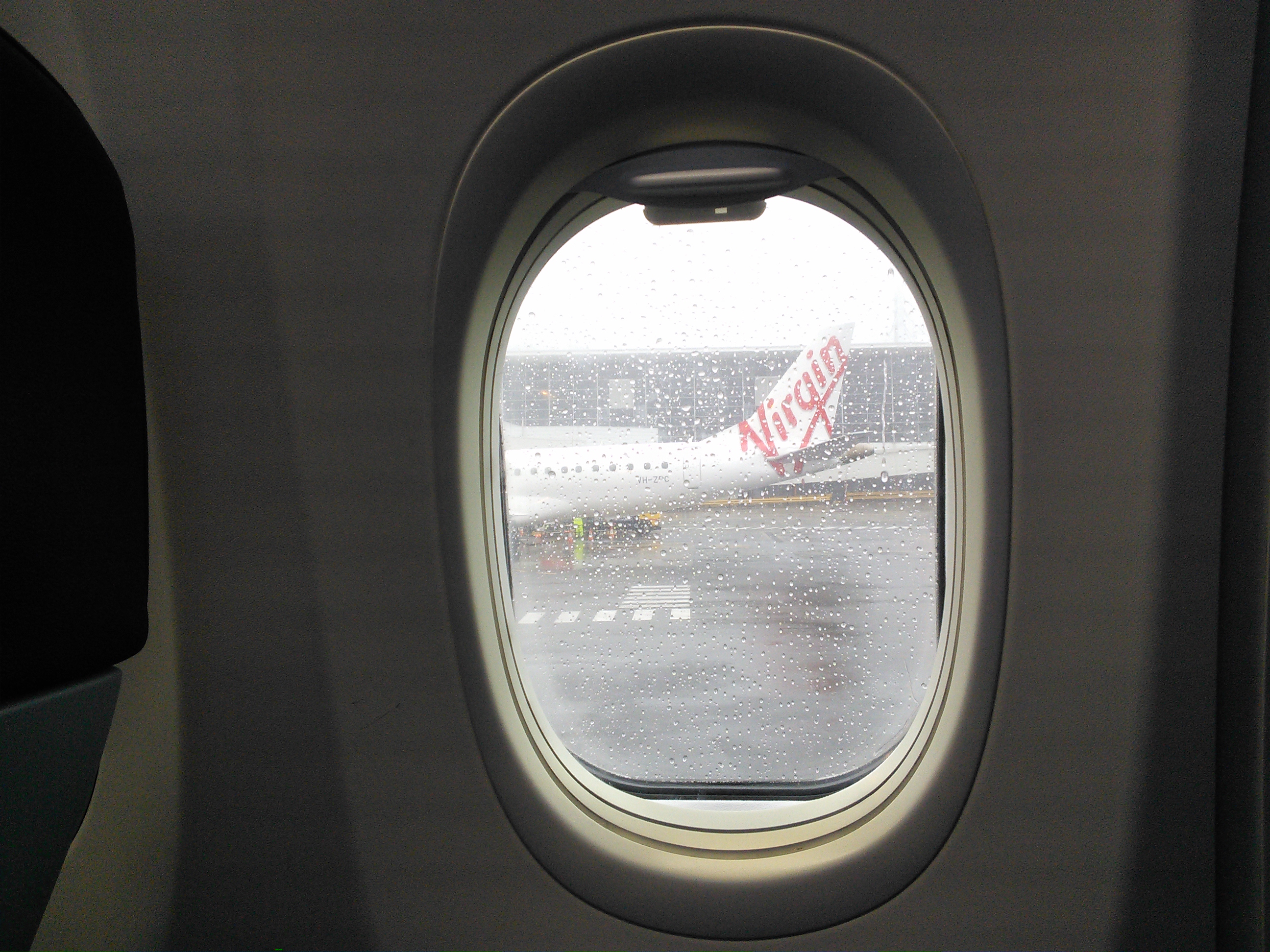 Earlier today I discovered the key advantage of being seated in the final row of an aircraft: while you’re always the last to be fed and often the last to get off, you’re also the closest the toilet. This was an important realisation I came to earlier this morning as I sat and waited desperately for the seatbelt light to go off.

Although I’d received a message last night my 0700 flight was cancelled, I still arrived at the airport fairly early. As I live fairly close to the airport, it generally doesn’t take me long to get there. I can usually catch a cab for about twenty dollars. The combination of heavy rain and traffic slowed things down, and the cab fare came out at thirty-three dollars. But I was still early enough to sit around, have a juice, have a coffee, and read the papers, knowing I wouldn’t have to wait too long for the re-scheduled 0800 flight. Unfortunately, the flight was further put back to 0825. At about 0820, the captain told us there would be further delays, but that we should be on the runway in “about eighteen minutes” but that we might have to wait on the runway for a while.

We finally left Sydney at about 0945. It was about ten o’clock before the seat-belt light was switched off, by which time we had all been waiting, patiently on the flight for about 1 hr and 45 minutes. The combination of fruit juice and coffee had come back to haunt me. I was busting for a wee, and as soon as the seat-belt light went off, I jumped up. The only person who got there faster than me was one of the flight attendants. As I emerged, there was at least a dozen others in the queue.

It’s raining here in Melbourne also, though not as heavily as it was in Sydney this morning. Melbourne seems to take wet weather in its stride, whereas Sydney really doesn’t cope well with the rain, does it?