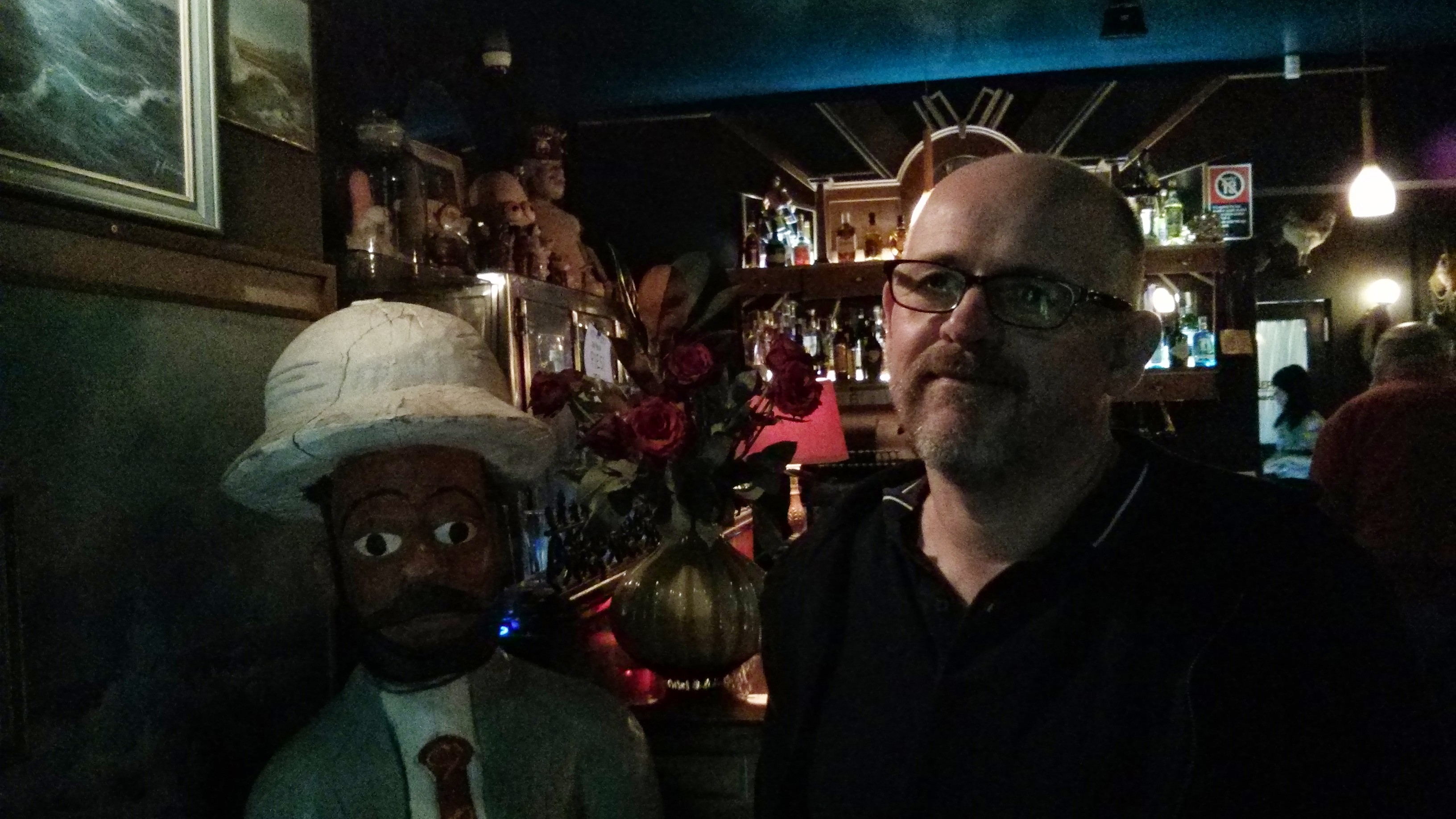 Even though I live fairly close to Redfern in Sydney, I’ve never really socialised much in the area. Sure, I’ve been to a few pubs. I’ve been to Railz. I’m a member of South Sydney Rugby Leagues Club. I’ve also been to the uber-hip Freda’s. But aside from that, I’ve never really experienced much of the emerging small bar culture in the area. Partly, it’s because this small bar culture has developed only in the last few years, and now being in my late forties, friends and I tend to socialise in places which are little less-hip, a little less noisy.

And that’s the one thing you have to remember about small bars: they can be quite noisy. Like us ten years ago, these bars are full of younger types out for a night on the town with their friends. They’re probably out for a pick-up too. But that wasn’t the case for two friends of mine and I on Thursday night: we were just out for a few drinks and a catchup. We had previously called ourselves “The Boozehounds”, reflective of a time when we were all a bit younger, single, and thus able to be fairly spontaneous about our social lives. But when partners and young babies come along, you need to plan such events.

That said, it was a fairly spontaneous night. We started off at Arcadia which is a nice enough bar, though really very noisy. From there we wandered to The Beardedtit, a bar which we all really loved. The bar had a great vibe about it : there was a hip young crowd, but there was also room for 40-somethings like ourselves. On the walls there was art for sale, including one piece I almost made an impulse purchase of. You could also order take-in food from nearby restaurants : we had some really fantastic Chinese. We also chatted to the woman who runs the bar, and she was really lovely. We ended up the night at The Dock. An intimately small bar, we even had a dance to a band playing just a few feet away from us. So yeah, a night of great spontaneity, and great to get “The Boozehounds” back together.