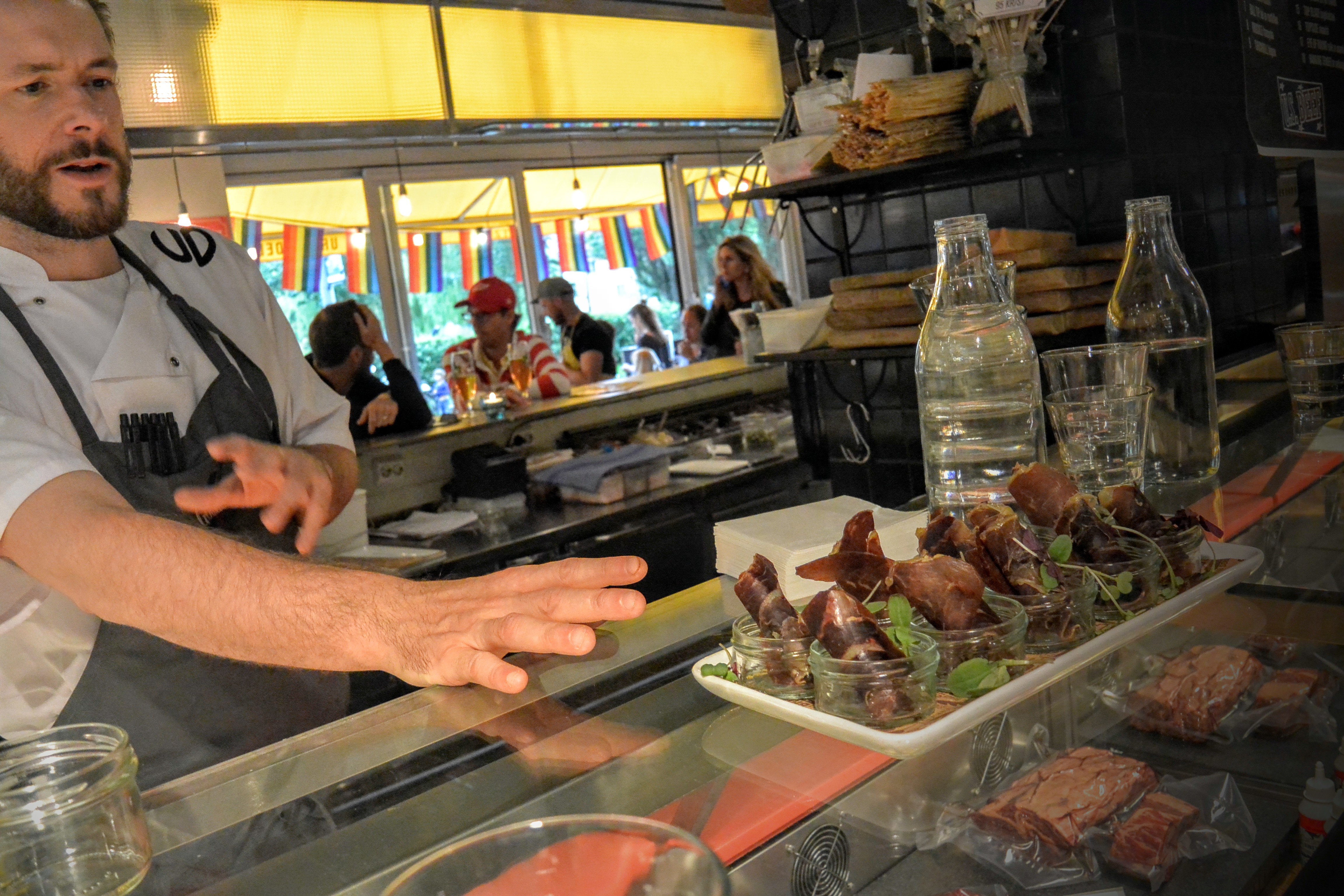 I’ll be honest. I was a little disappointed with the first part of the Culinary Södermalm Food Tour. Not because the food wasn’t good. Not because the tour guide wasn’t good (he was excellent). But because I’m probably a little spoiled for food choice in Sydney, and the offerings of Chinese, Indian and Greek didn’t exactly set my heart on fire. “Where I live in Sydney, I’m surrounded by Indian restaurants”, I told our guide, Erik. But I guess that’s just me, as the tour group was made up by a number of people who had never really eaten some of these foods before, and for whom it was a whole new experience. But when we hit Urban Deli, and then Nytorget 6, my eyes really lit up.

Urban Deli was apparently based on New York’s “Dean & Deluca”, and isn’t dissimilar to “Fratelli Fresh” back in Sydney: it’s somewhere you can eat and do your grocery shopping. Looking over the shelves, there was food from all around the world, including some Bundaberg Ginger Beer. “Everything you see with a yellow sticker is something we make ourselves”, we were told by a Swedish bloke whose name I don’t recall now. There we tasted some great meats and cheese, and I was really impressed with the quality and flavours. I’ll definitely be returning back there.

Nytorget 6 was also excellent. There we had a beer, a cocktail, and dined on some really terrific meats, including some really fantastic Swedish blood pudding. “It tastes just like Christmas Pudding”, was a memorable quote from one of the tour participants, a woman from England. I’d tasted some blood pudding on the Nordic Food Tour I undertook on Friday, and this was completely different. First, it was warm. Second, it really did taste like a warmed Christmas Pudding, with all of those terrific flavours you associate with pudding, topped off with some lingonberry.

Along the way, we also visited a shop that serves Danish style sandwiches and ended up with coffee and cake at Stockholm’s Fotografiska Museet. As well as having some of the best views in town, we also learned a little about their attitude towards food. In particular, the emphasis they put on using good quality vegetables and making vegetables the centre-piece of their meals, not an after-thought.

In contrast to the Nordic Food Tour, I undertook Friday, “this tour was all about the contemporary ways in which Swedish people eat”, Erik told us. Over almost four hours, we had an awful lot to eat, had lots of great conversations, and were entertained and informed by an excellent guide. From chatting with him, our guide clearly loved food and travel and spoke about them both with absolute passion. Highly recommended.