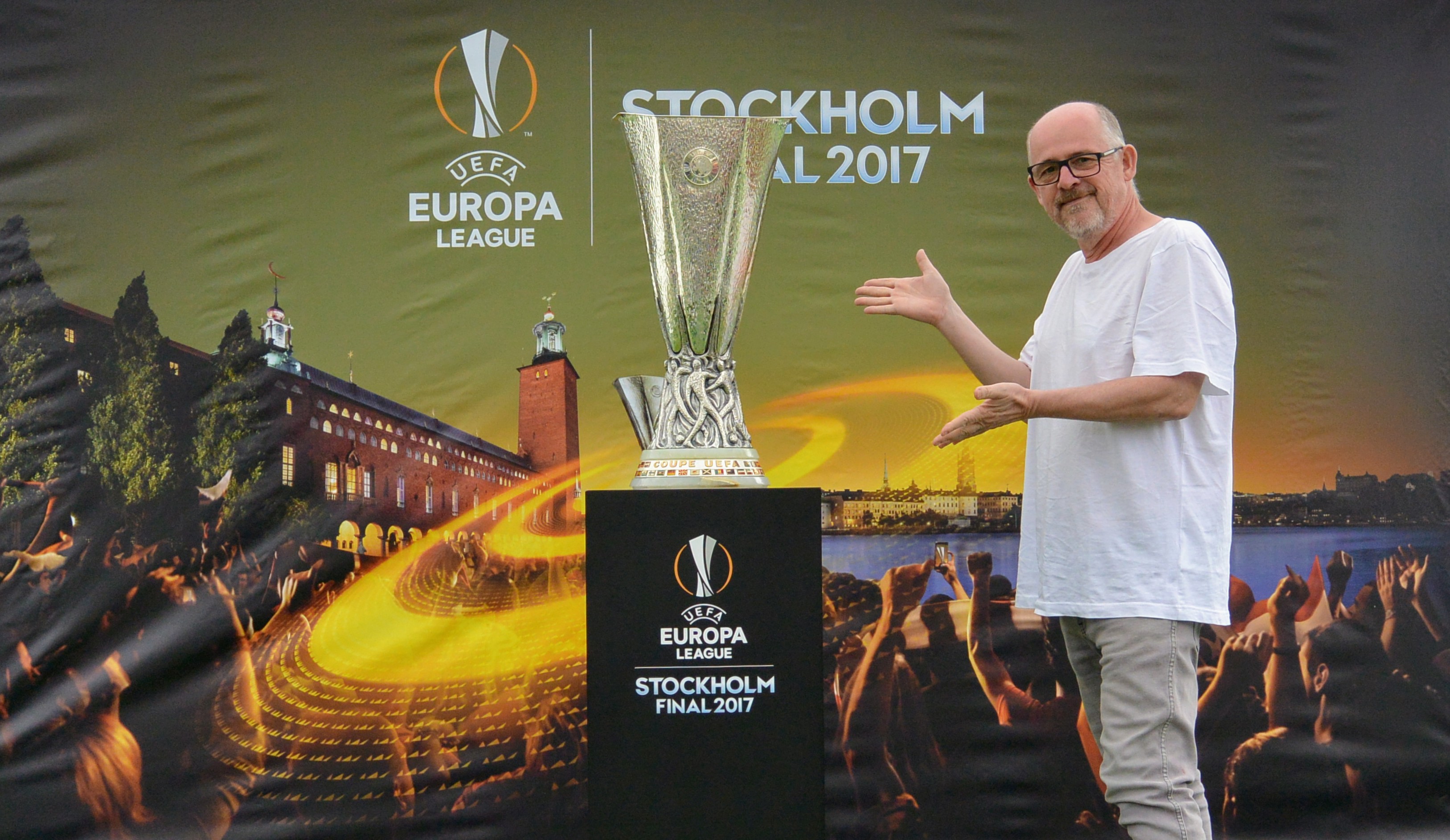 Stockholm is abuzz with soccer fever. In the centre of town, the main part of Kungstradgarden is dedicated to a major display surrounding the UEFA Cup. There’s the actual cup, which you can have your photograph taken with, along with demonstrations of soccer played by people with a disability etc.

I watched for a while and watched the match to be played by people, to demonstrate some of the issues facing people who are colour-blind. I’m colour-blind by the way, though not severely. Occasionally I get caught out, such as when I was helping my friend Sue to arrange her apartment a couple of years ago. I made the mistake of saying “If you put that there, it’ll break up the green of your wall”. “It’s purple”, she told me. A I watched the pre-match, where the colours were clearly red and green, I was sceptical about what was about to be played out before my eyes. “The team will now wear the colour clothing that many colour-blind people have trouble with”, the announcer told us. “Oh my goodness”, I thought to myself. Yep, that’s the colour I have no idea what it is.

“Who are you going for?”, a colleague asked me by email. I told him I’d be going for the Dutch because “they’re more fun to drink with”. And yes, they do like a drink, as I discovered walking through Fridhemsplan later in the afternoon.

At other times, I visited some galleries and some churches. I also dipped briefly into work this afternoon, watching the ABC being discussed at Senate Estimates. It was interesting to watch from afar, as I enjoyed some excellent sushi and a glass of wine for lunch. There must be a Senate Estimate Drinking Game, surely?