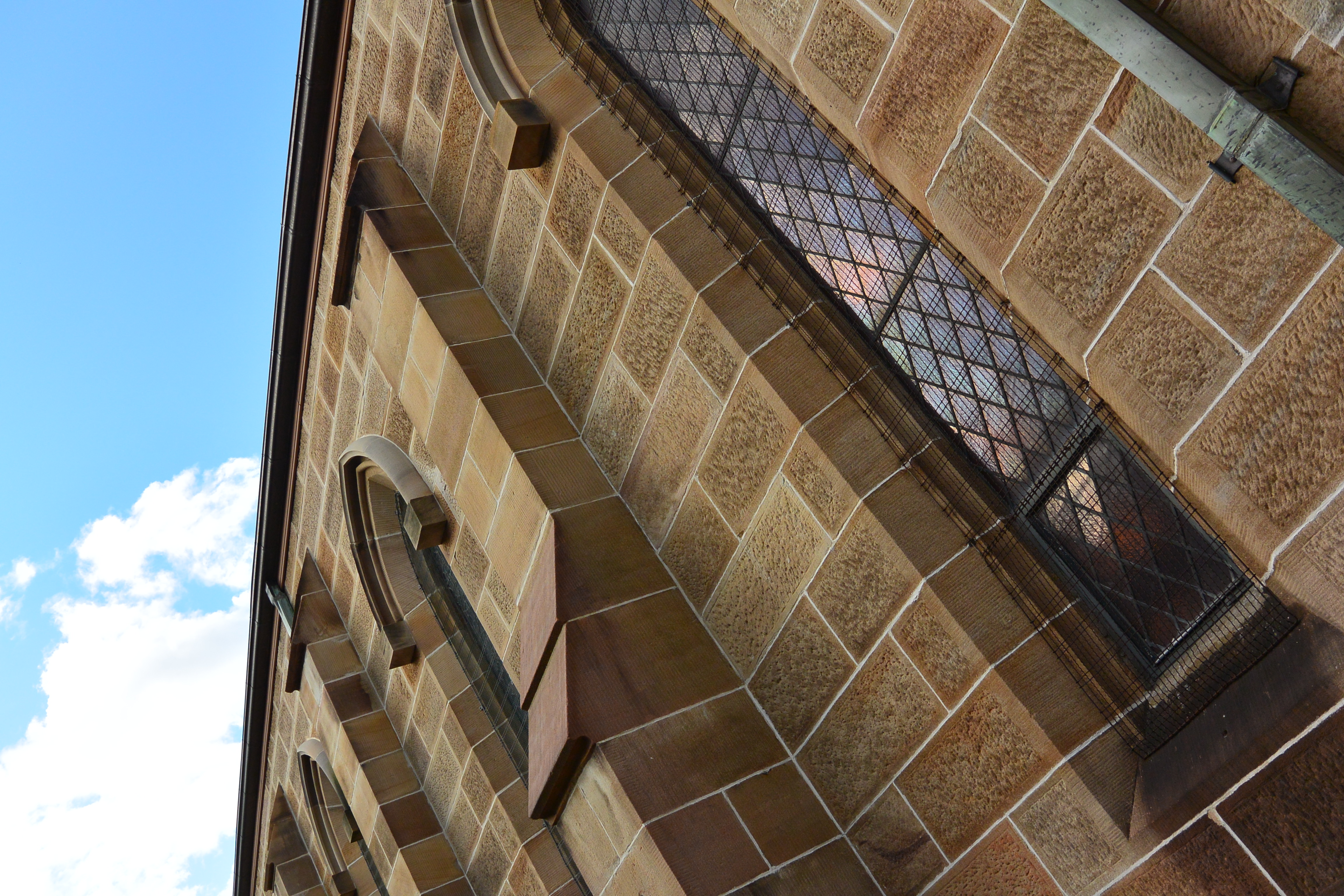 “Is this place up for sale?”, a bloke asked the tour group leader. With his slurred speech, he appeared to have already had “a few”. “No, I’m not a real estate agent, this is a history walk”, he was told, and we all laughed in recognition that we probably did look like a group of people ready for an auction. All forty and above, and all pretty middle-class, I suspect quite a few people on the tour were interested in real estate, judging by the questions they were asking.

It was one of two funny moments on the tour. The other was when an older woman, walking bar, who told us she had lived in the area for many years, stopped the group to tell us a “great revelation”. As we stood there waiting, she said, “They filmed the TV show here, that’s on the TV. Oh, what was it called….?” Either a fading memory or stage fright got in the way, as she completely lost her train of thought. “It’s gonna happen to us all”, a woman standing next to me, said.

And these two funny moments illustrated well what’s really interesting about Chippendale: despite the gentrification currently rapidly underway, there’s still a lot of working class people living in the area, as they have done since the days of early European settlement.

On spec this morning, I looked up the City of Sydney What’s On website, and noticed a walking tour of Chippendale. I love a walking tour, so I booked immediately. Details below, as well as some of my photographs along the way. The tour guide was excellent. Highly recommended.

Dating back to the 1840s, the buildings of Kenginston Street, Chippendale

In contrast to the older buildings, the modern Central Park complex.

With sandstone arches, the Kent Brewery, now under enovation.

Some artwork on a building, opposite the White Rabbit Gallery.

The spire from St Benedicts has a new home, closer to the ground.

Residents taking over the nature strip.

In July, Explore Chippendale: Historical Walking Tour takes you on a time-travelling journey through vestiges of the area’s past, guided by professional historian, Dr. Ian Hoskins. The colonial history, industrial heritage, and sordid tales beneath Chippendale’s cultural renaissance and vibrant culinary and artistic scene will be revealed in an informal, social setting.

From wetland, to the birthplace of horticulture, Chippendale became an industrial suburb, a place of slums, a showcase for housing reform and even a battleground of faiths. Transformed, Chippendale is now at the heart of Sydney’s inner city revival.

Join Ian as he expertly guides you to:

Kensington Street – a thoroughfare which once ran along the wall of the brewery that defined Chippendale.

Kent Brewery grain store- built in 1911, an exemplar of the impact of brewing on Chippendale’s industry.

Paradise Row- one of the notorious 19th century ‘slum’ streets of Chippendale.

Sydney City Mission – a place of religion, charity and community in the heart of Chippendale.