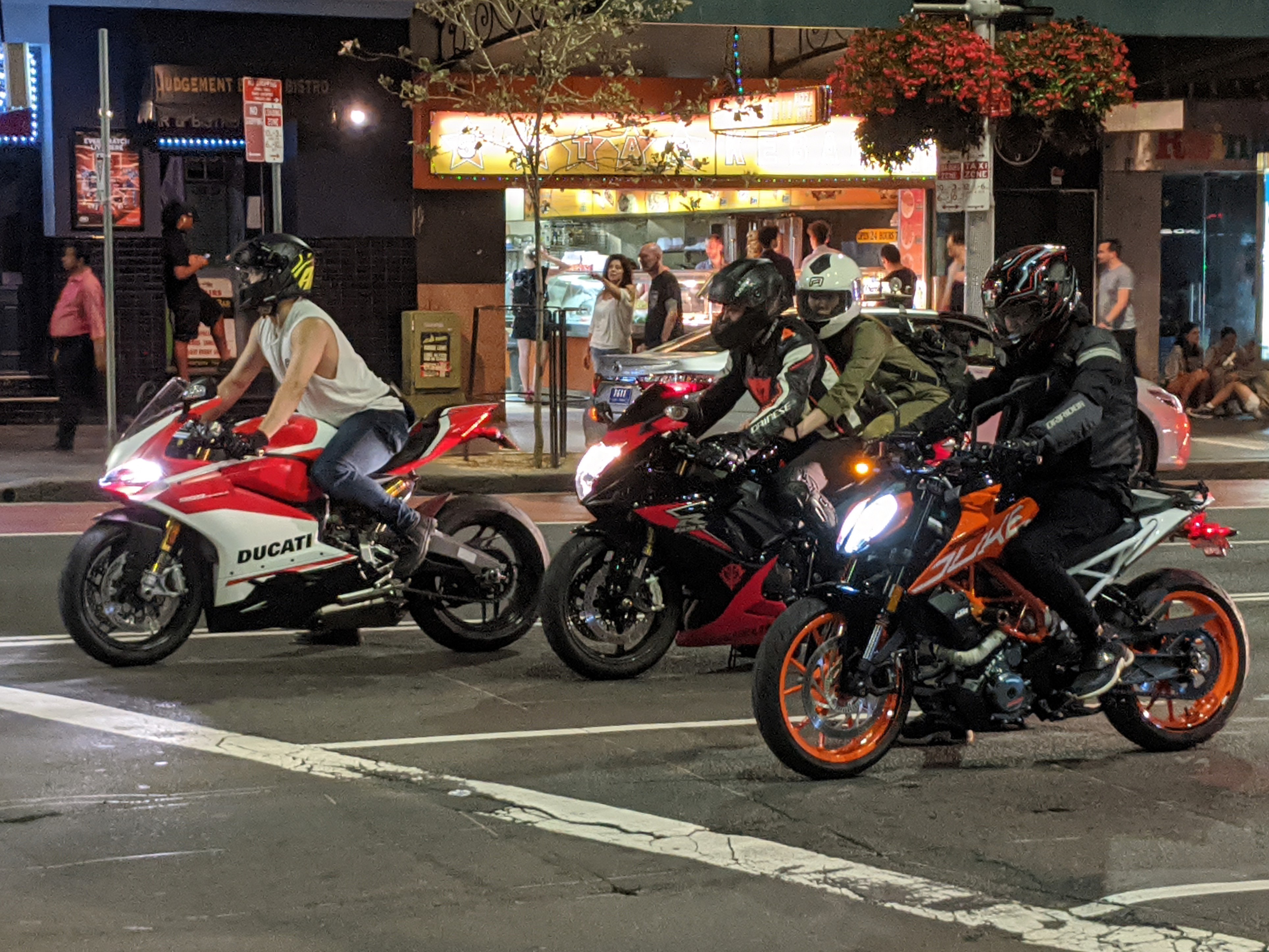 I got excited yesterday morning. I heard on the radio there were going to be a bunch of late night parties around Sydney to celebrate the end of the “lock-out”.

The lock-out was introduced six years ago, in response to a series of alcohol-related violent attacks. As I recall, those attacks occured much earlier in the night, but the response was to restrict alcohol and trading hours around the city. Essentially, from 1.30am, you were “locked out” from entering bars in central parts of Sydney.

I won’t go into the pros and cons, and details, but it’s true to say, the general feeling is the response was an “over-response”, and that’s why they’ve decided to re-introduce later trading and to drop many of the restrictions.

With today being a day where I wasn’t working, I was tempted to head out, have a drink and enjoy some of the parties. I headed up to Oxford Street at about 10.30pm.

It seemed like a fairly normal night to me.

As @bjornhund pointed out to me on Twitter. Tuesday night is and has always been the dead night in the hotel/club/bar industry no matter what part of Sydney (or Australia for that matter) you are in. It’s also usually the quietest trading day in retail too.

It looks like I peaked too early. Maybe the weekend will be busier?

Nonetheless, there was a news crew from Channel 10, who I spotted doing some vox-pops on the street. Vox-pops are when you go up to random people in the street and ask them what they think about a particular issue, and then you string them together as a news item.

Last weekend, I spotted a crew from Channel 9 covering the light-rail interruption on George Street, beginning with the leading question, “Is this an inconvenience?”.