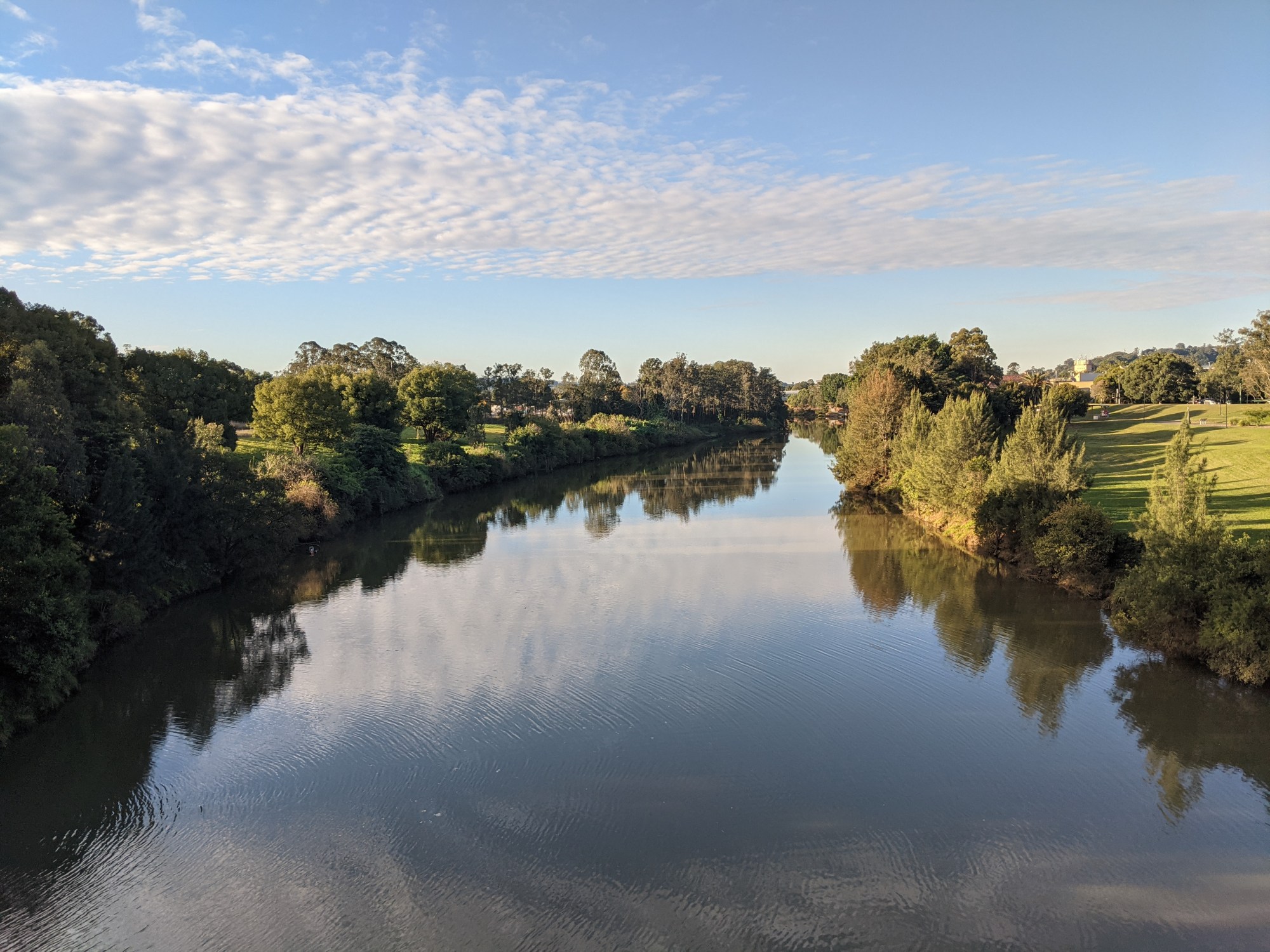 Normally, I can get a return flight between Sydney and Ballina for less than a hundred dollars. As I have a fair bit of clothing kept in the wardrobe at home here in Lismore, I usually only have to worry about carry-on luggage. It’s usually technical equipment like computers that weighs the most.

About the only time of the year when it gets really expensive is around Christmas, when every man and his dog wants to visit family, or spend a few days at Byron Bay, or the New Year’s Celebration, Tropical Fruits.

The other time of the year, I’ve discovered, is in the lead up to the long weekend in June, where I paid almost $250 for a one way flight. It didn’t help that it was a last minute booking, and there were only a handful of seats remaining.

Though the reason for this quickly organised flight home is sad – a death in the family, which I’ll write about separately – it’s been wonderful being home.

As well as the quality time with family, I’ve also been out and about wandering around and learning more about the modern face of the town in which I grew up.

“They really should re-develop the river”, my cousin Matthew commented the other day as we had a couple of beers. Lismore needs a levy bank, we both agreed, but Matthew thought more could be done with the riverbank. We both remembered many years ago there was a “floating restaurant” that travelled up and down the river.

It became the Wilsons River in 1974 and before that it was the North Richmond River. The river is tidal right up to Boatharbour, which meant the timber schooners, the smaller ships, would get up there.

“You know you can stay here for as long as you want. You can stay forever, if you like”, my sister Pat, has said to me on a couple of occasions since I’ve been home. As tempting as it is, I’m not quite there yet. I will be staying here for a little bit longer, though. It’s nice being home.