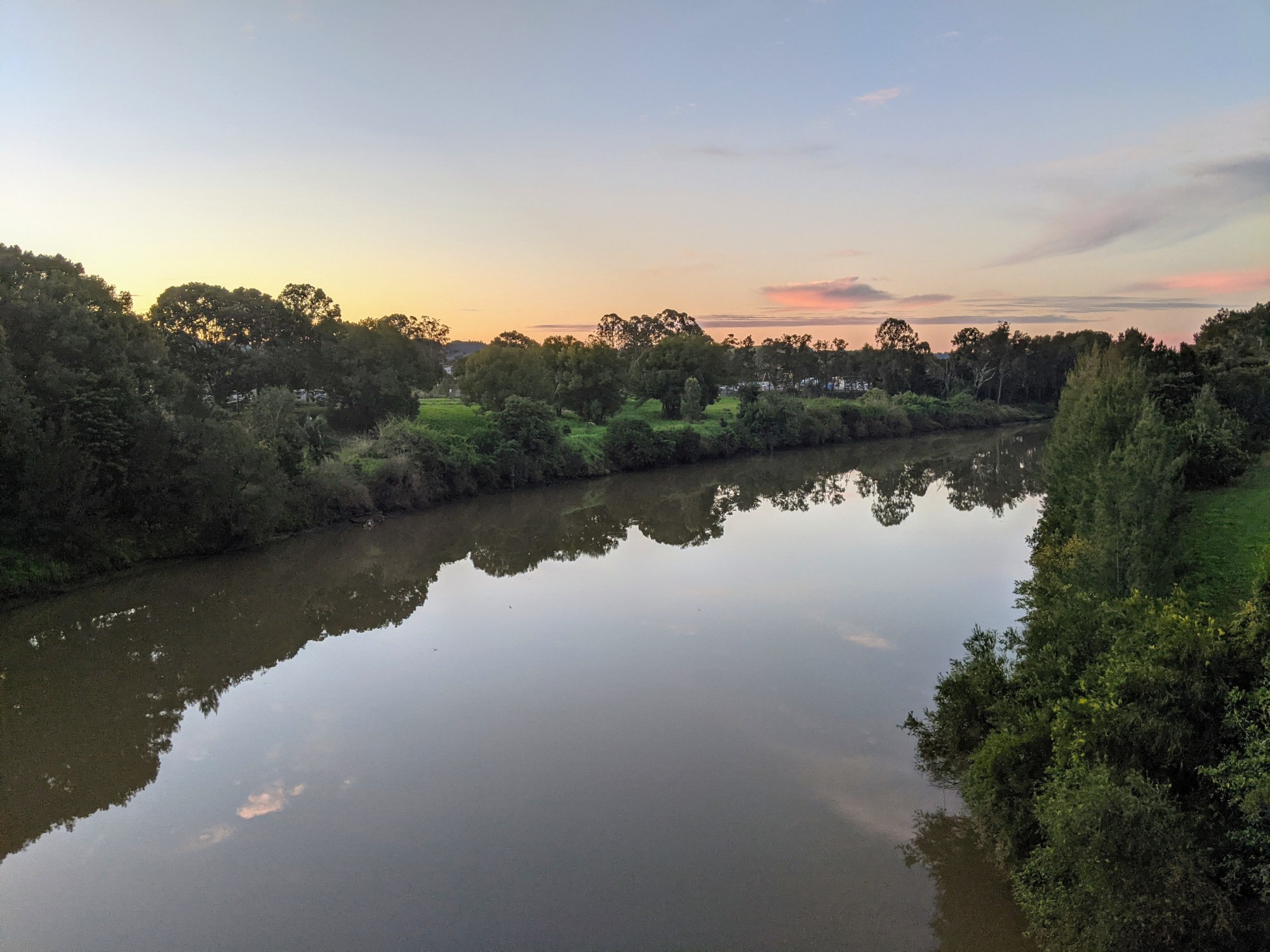 “There’s a thick fog around this morning”, Pat said as I came out of my room for breakfast. As I looked out the kitchen window, I became instantly aware of what she meant. Even more so, as I crossed the Wilson’s River over the Ballina Street Bridge.

As I made way to “town”, it was lovely to stop and take a closer look at a path I’ve travelled many, many times in my life, albeit with a different set of eyes. The eyes of a significantly older man who was no longer desperate to get away from his hometown, but someone who was increasingly feeling the pull to return.

As I made my way through town I stopped and had a coffee at Ristretto.

And from there, I caught the bus to the local office of the ABC in Lismore.

“I’ve caught the bus three times in the last week”, I told a colleague, “and every time I’ve been the only person on the bus”, I added. Perhaps because it’s quite early, or perhaps it’s because people are more inclined to be heading in the opposite direction? Either way, it’s lovely to have a “personalised service”.

Later in the afternoon I came home, and wandered along part of levee bank.

As I walked along, I realised I had never really had a good walk along the levee bank. I realised I have walked only parts. And with only a couple of weeks left before I returned home, I resolved to explore it a little more.