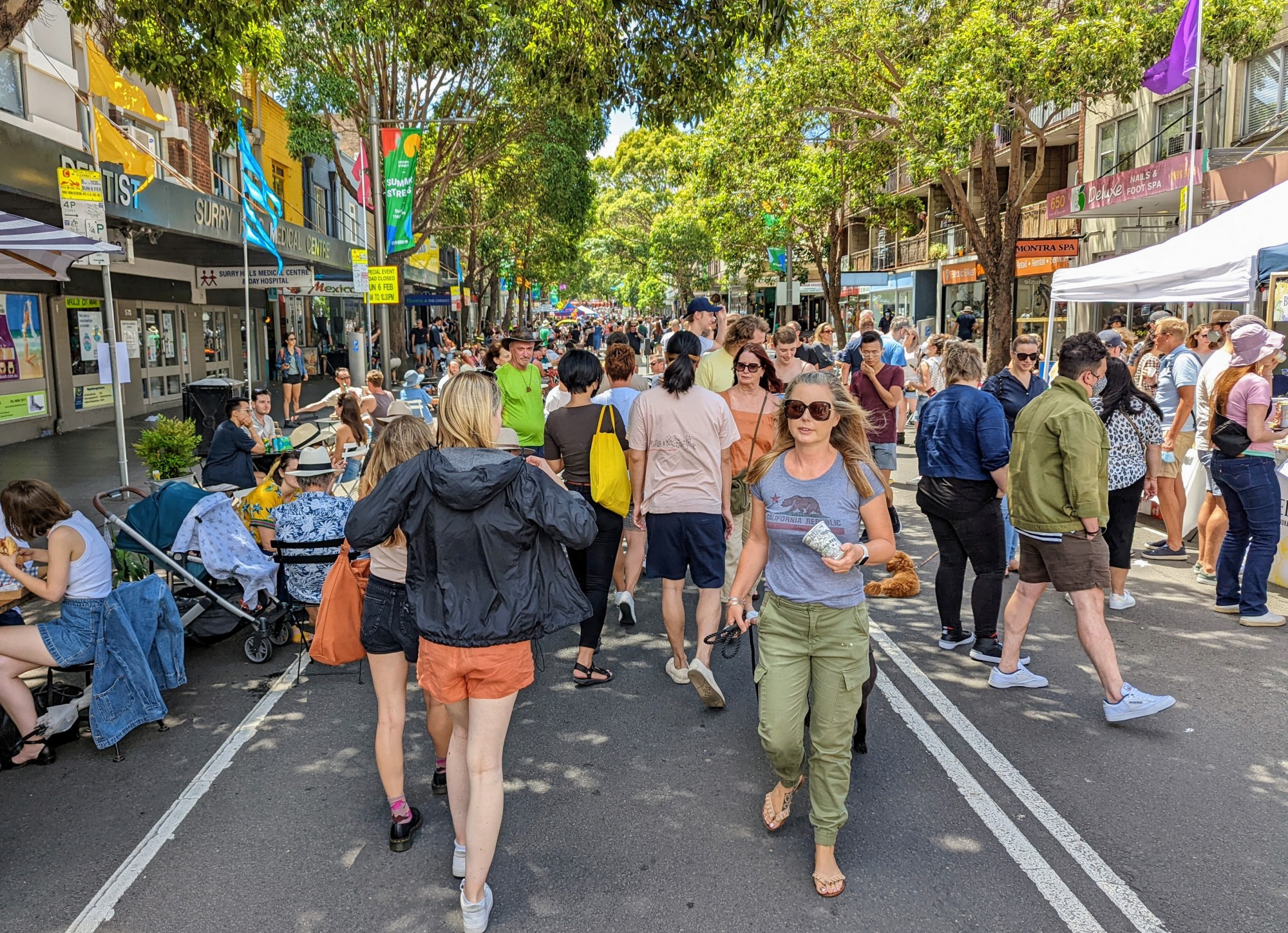 Chatting with a friend down the street this morning, and we were trying to remember the last time Crown Street was closed to traffic for an event. We concluded it was sometime in the early 2000s. It was before the Surry Hills Festival moved to Ward Park and the Shannon Reserve. There was a time when Crown Street was closed off for the festival, there were bands and DJs playing, and you could even dance in the street. Fond memories.

There was no dancing on the street today, but Crown Street (between Cleveland and Foveux) was closed off. There were lots of outdoor eateries, a few market stalls, and there were lots and lots of people, enjoying the festivities.

I was a little surprised at how many people there were. Even though I try to keep up to date with local activities, I didn’t know anything about the City of Sydney “Summer Streets” festivities until I saw the road closure signs. And I wasn’t really aware of how big it was going to be until I saw people setting things up this morning.

Despite lots of signs of social distancing, it was pretty crowded. So I kept my face mask on while I was walking around.

There was such a good vibe. I hope this becomes a regular thing