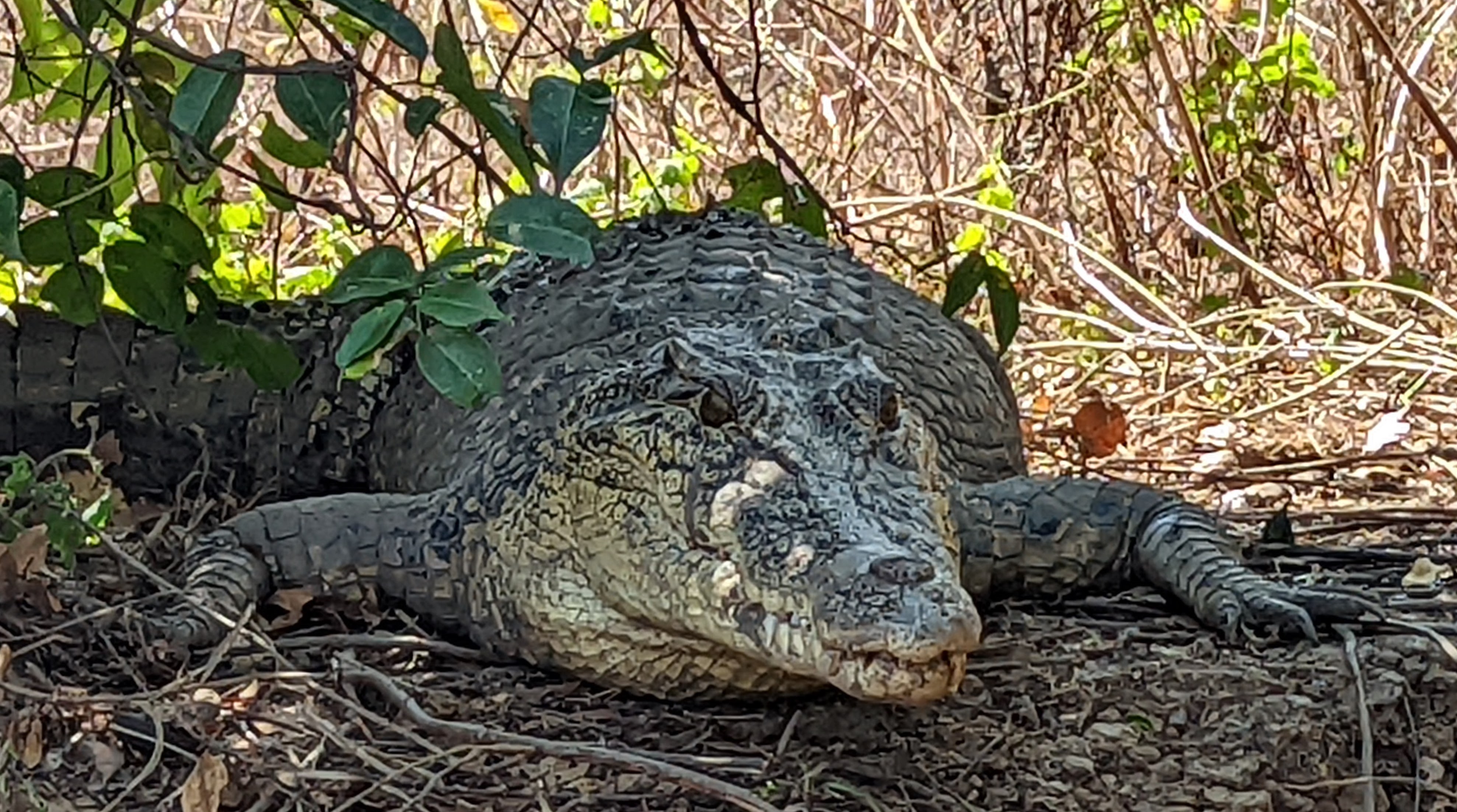 When I asked recently on Facebook for some travel tips/suggestions for my trip to Darwin, a colleague suggested the “jumping crocodile” tours. This implies something very “touristy”, but my response to such dismissal is always, “It’s okay, I don’t mind, I’m a tourist”.

I had a brief moment of wondering about whether this was ethical, whether or not it was cruel. But in the end, I concluded it was probably okay since crocodiles lead a fairly “brutal” life anyway.

Located about 90 minutes from Darwin (on the way to Kakadu), the tours take you out on a small boat on the Adelaide River. The guide tells you a lot about crocodiles and “tempts” them.

At first, he held chickens on a stick, and then later in his bare hands.

Later, as we had a beer with him at the Humpty Doo Hotel, he told us holding the chicken in his hands was generally pretty safe, as they weren’t much of a threat by themselves, but would be more if Dom (short for Dominator), the biggest and strongest crocodile was in the area. We got to see Dom, by the way.

That said, he showed us the scar on his right arm from an attack last year, widely reported in the local media.

The tour cost $55, lasted over an hour, and in the view of myself and those who I went on the tour with, was worth it.

“The stuff of nightmares” is how my friend Cathy described it when I shared a video of my adventures today on Facebook. Cathy was born and raised in Darwin, was evacuated as a child after Cyclone Tracey, and is returning home soon to look after her dad. She’s a true blue “local”.

My colleague who recommended the tour in the first place commented tonight “Good work! Next stop… Cage of Death… https://www.crocosauruscove.com/cage-of-death/” Yeah not sure about that.

We also visited the nearby Fogg Dam Conservation Reserve.