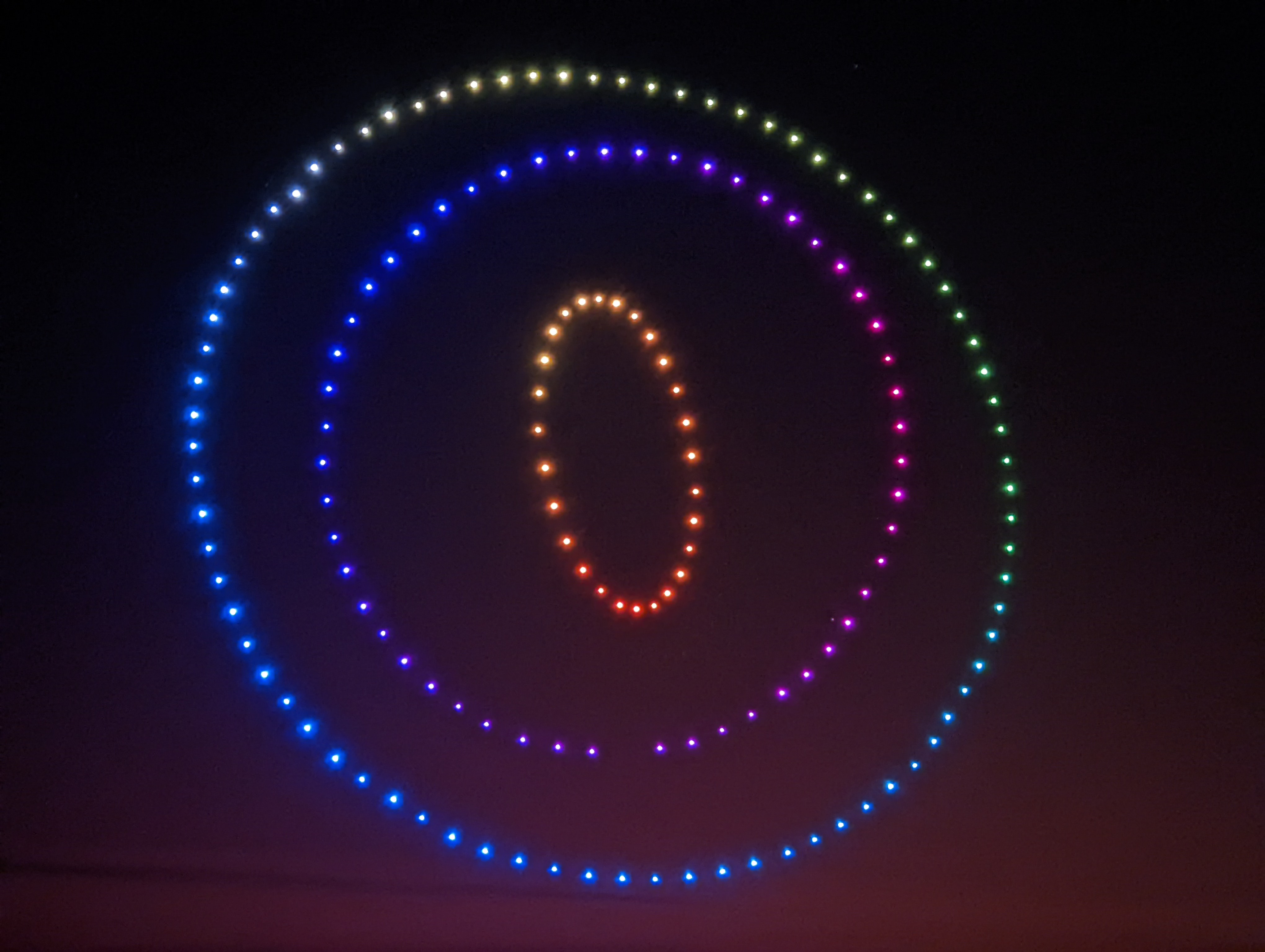 Art in the sky

“It’s pretty busy down here”, a bloke said to me as we walked down to the foreshore of Darwin Harbour. He was worried about getting a good seat/view, and to be honest, so was I. Fairly quickly, it was evident that wasn’t going to be a problem, as people were fairly well spread out for the show. Nonetheless, there was a large number of people, likely the largest I’ve ever seen in Darwin. And they were all here to see a show featuring drones.

The first time I saw drones (not fireworks) light up the night sky was a few months ago, as part of the Vivid Festival in Sydney. Against the backdrop of the Sydney Harbour Bridge and Opera House, it was pretty amazing.

Following on from the Fremantle Biennale’s Australian premiere of First Lights with Moombaki, balarr inyiny uses new technologies to bring to life ancient stories of this place, transforming the way we understand Larrakia culture and our shared relationship to country.

The sound in the clips above is a little distorted, because I was sitting so close to the speakers. But in real life, it was stunning.

It was so much more interesting and meaningful than the drones over Sydney Harbour a few months ago, which were basically a giant ad in the sky for the Paramount streaming service. And, as stunning as the Harbour Bridge and Opera House can be as a backdrop, the night sky of the Northern Territory was so much more perfect.

I’ve visited the exhibition in previous years and have enjoyed it very much. I enjoyed it again this year, though maybe not as much as previously. There were some amazing works, but nothing really stunned me, like before. These are a few favourites.