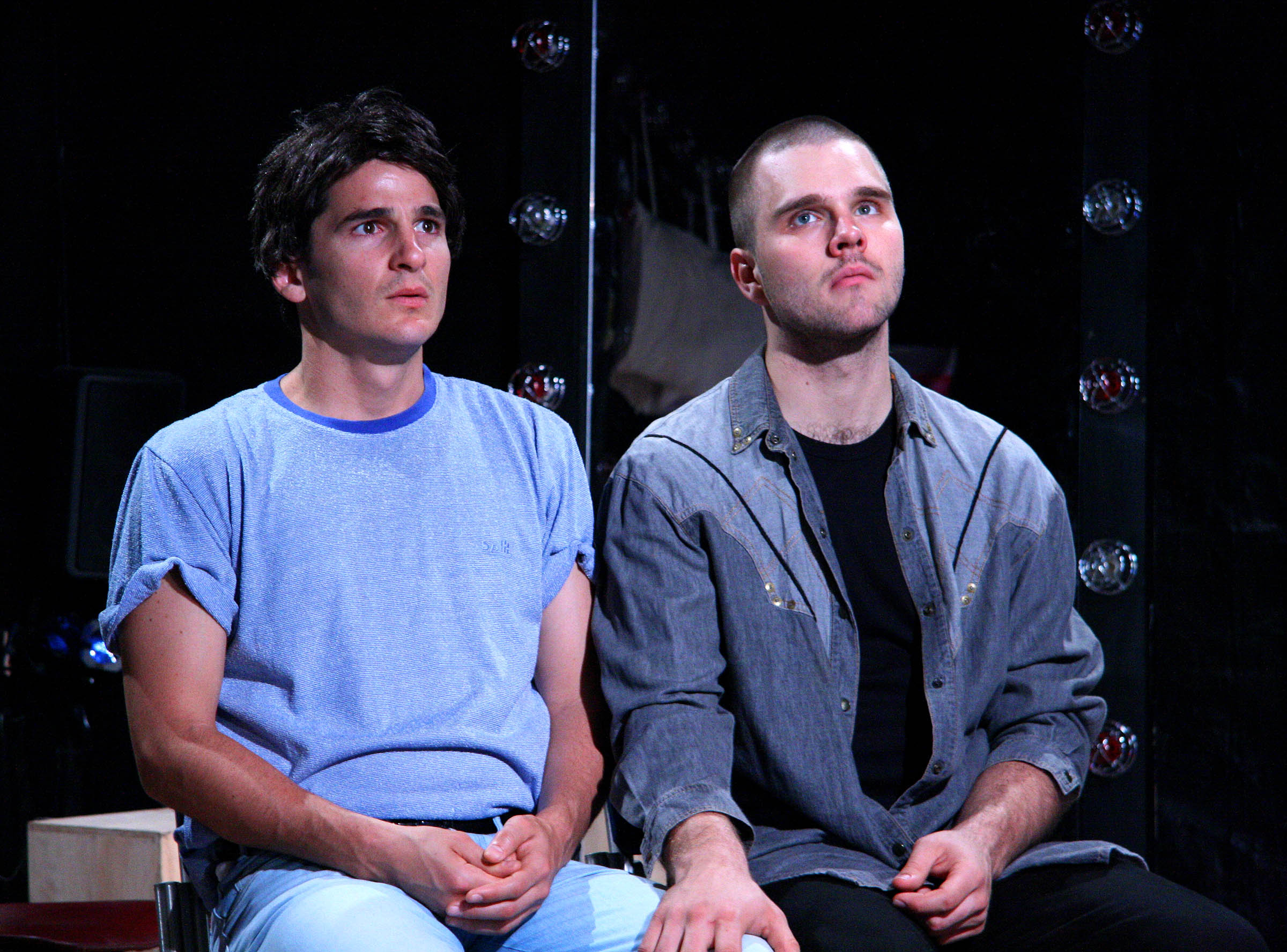 When I first moved to Sydney one of the things that most impressed me about the place was the late night book-store, Ariel. Having spent all of my life in the country (I include my four years in Brisbane in that), I’d found myself suddenly living in Australia’s largest city. And one of the great things about that was that I could walk up to Oxford Street and purchase a book at the oddest hours.

I swear it must have been about nine o’clock on a Tuesday night when I bought, “Holding The Man”, because I’m pretty sure I was late for work the next day. It was sometime in 1995, though I’m not exactly sure when, when I walked to Oxford Street, bought the book and came straight home to read it. It must have been three or four am when I finished reading the book.

In such a short period of time I had never experienced so much laughter and tears, as the story of Tim and John was revealed to me. From their furtive teenage sexual encounters to their deaths from AIDS in the early 90s, it was such an incredibly well told beautiful story, made incrediblY strong by its absolute authenticity. Indeed, it was an authenticity which cut a swathe through the emotions of so many of my peers.

And although I read it once soon afterwards, “Holding The Man” has sat untouched on my bookcase for over ten years. Untouched, partly because I didn’t really want to relive some of the raw emotions it unleashed at the time, and maybe partly also because I was afraid with subsequent readings it would not seem as authentic.

Thus, it was with a certain apprehension that I went along to the Opening Night of the stage production of “Holding The Man”. But mostly, I was optimistic (and fairly confident) that playwright, Tommy Murphy would do a good job, would maintain the authenticity of a really special work, as I’d seen an earlier work of his called “Strangers In Between”.

“Holding The Man” is, however, a tragic love story, with the play’s second half exploring how non-instinctive decisions can cause major life fuckups, with both Tim and John conctracting HIV, developing AIDS and then dying. I couldn’t help but think of the ways in which I also had a terrific relationship, but managed to well and truly fuck it up.

And I guess the secret of the success of this script for the play is the well-developed characterisation. All of the characters have such a wonderful honesty about them which you can’t help but respect, ensuring the authenticity of the emotional rollercoaster this play is.

By the play’s end, however, I was in tears. But as emotional as it was for me, I can’t begin to imagine what it must have been like for those who knew Tim and John. I was sitting next to Noel Hodda, for example, one of the founding members of Griffin Theatre Company which Tim was a part of. Also in the audience was Penny Cook, a close friend of Tim’s, who was referred to in the play. As the play deals graphically with the impact of HIV/AIDS – “a footballer who loses his body and an actor who loses his mind” – it must have been quite harrowing for them to go over some of those experiences again. Or maybe it was cathartic?

But for me it was probably one of the best nights of theatre I’ve ever enjoyed, with a tremendous ensemble cast and faultless direction and staging, including the use of puppets. Yes, puppets! The care that has gone into making this such a beautiful production is clearly evident.

As the cast came on stage at the play’s end, I’d estimate half (maybe two thirds) of the audience were wiping away those sobbing tears that anyone who has ever been in love (and lost love) knows only so well. As we showed them our appreciation with applause, I couldn’t help but notice a couple of the actors with tears in the eyes also.

I still don’t know if I want to go back and read the book, though. The book was great, the play was great, I guess I’m gonna have to wait now for the film.