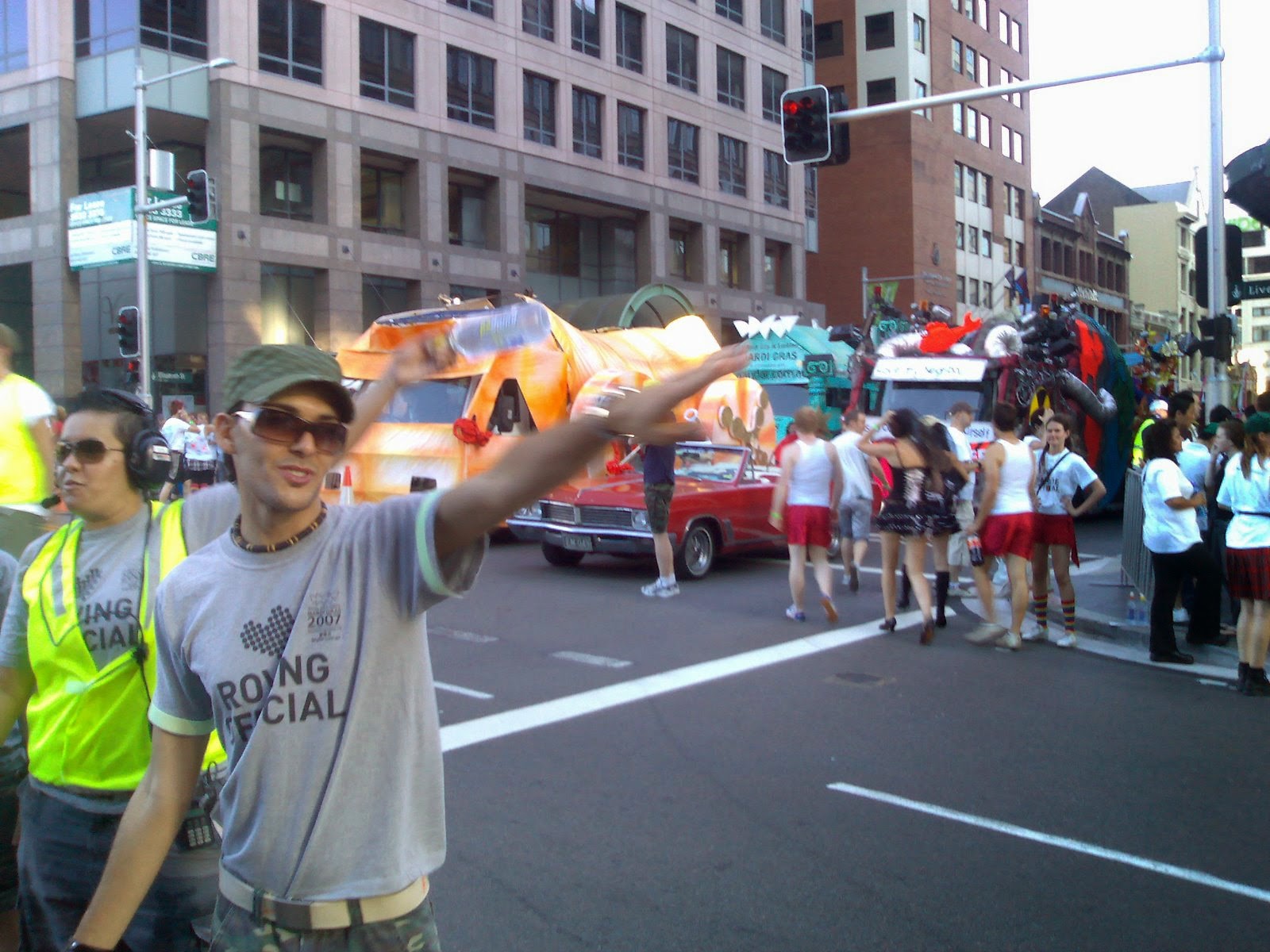 Late this afternoon I decided to take a walk up Oxford Street to watch some of the preparation for this evening’s Mardi Gras. And, since the weather was so good, it seems did half of Sydney. I honestly haven’t seen such a large crowd for Mardi Gras in such a long time, with people stacked in several deep along the parade route. There was a really nice feeling wandering around this afternoon. It was quite an affirming event, especially to see all the “young ones” getting into it. However, I’ve been to more Mardi Gras Parades than I care to remember. I also, famously, met someone and fell in love at once, and it probably doesn’t mean as much to me as it once did, all those years ago travelling up from the country for that “one special night of the year”. I also don’t really like the crowds anymore, so I’ve come home and I am just waiting to watch the webstream, instead. Happy Mardi Gras.