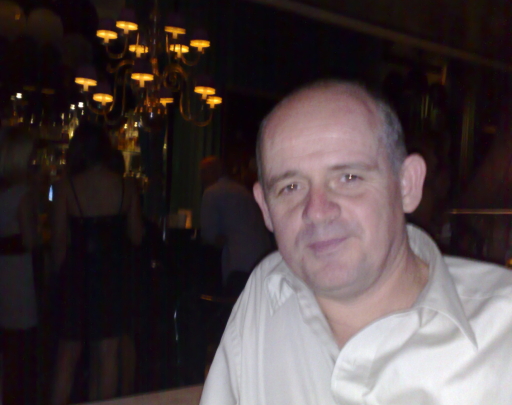 You know how in Sydney one of the most over-used phrases is “New York-style”? Sometimes it’s used to describe a hamburger or a cafe. Mostly, of course, it’s used in real-estate advertisements to transform what used to be a reasonably inexpensive “small flat above a chemist in Darlinghurst”, into a more far more expensive “New York-style inner-city loft apartment”.

It’s also used in a dismissive way to remind people in Melbourne they don’t actually live in a “world class city”, even if from time to time, someone in some obscure backpacker magazine somewhere describes it as “the world’s most liveable city” or as “great for shopping”, or worse “the comedy capital of Australia”. I love Melbourne, by the way, and I love stirring Melbourne people who are far more defensive of their city than we Sydney-siders are of ours. But last night, I would honestly have to describe the bar I entered on George Street as “New York-style”.

As a group of colleagues and I entered “Ivy”, the new Justin Hemmes establishment on George Street, one of us was stopped by the bouncers. “Sorry mate, you can’t come in”, they said to him, as they looked him up and down, and instantly dismissed him even though he’s a VERY well known face around Sydney. Unshaven and wearing sports shoes, but still looking pretty cool, they had obviously decided he wasn’t really cool enough to enter.

Or maybe it was me, just a couple of paces behind him, wearing a shirt from Lowes, some pants from K-Mart, and a tie from I don’t remember where? Anway, with a dinner booking, we were then somewhat reluctantly allowed to join Sydney’s uber-cool for the night.

As we entered, another colleague (also very recognisable) observed that “it was like stepping off George Street and into a New York bar”, as we made our way through the busy Friday night crowd. “I’ve never been part of the Friday night drinks scene”, he later observed, as we looked around at the crowd which was overwhelmingly in their 20s and 30s. “That’s so and so with so and so”, I overheard one woman say, recognising a couple of my colleagues from television, reassuring me they weren’t just looking at us because we were the oldest people in the venue.

Thankfully, the staff dressed in their own uber-cool glamour gear, were still recognisable amongst the patrons: they were as well as, if not better dressed. It was if they had been to a casting agent.

A glass of champagne later, we were somewhat quickly taken to our table for a meal of reasonably okay Japanese food. It wasn’t stunning food, it was okay. And it was pretty expensive for what was on offer. But we weren’t really there for the food, we were there for the atmosphere.

“What are they all doing here? What are they on?” a colleague somewhat rhetorically asked another, “Is it coke, is it ecstacy?”. “No”, he replied, “they’re all just looking for a root. That’s the only drug they’re on”. It was a great reality check, I thought, as I looked around the space which, by then, was packed with at least two or three thousand people.

The venue is very large, though you never feel it’s too large, as it’s well designed with lots of smaller rooms and spaces. As we looked up from our dinner table (a bar really) out into the courtyard my eye caught a somewhat generic looking sky-scraper in the background. We could have been anywhere I thought. It was then another colleague and I thought we should consider this as a drinks venue for a forthcoming work-related gathering of people from around Australia. “This’ll be great for those people from Melbourne to see”, she observed, “This ain’t no small hole-in-the-wall bar”.

It’s a pretty remarkable place, but I know I couldn’t do it every Friday night. But then again, I don’t imagine they’re targetting the “40+ public servant on a budget crowd”. Still, I wondered briefly how the place would look if the crowd wasn’t as large. I think it would still look remarkable, thanks to the architectural design. But I wondered about the sustainability of the place as an ongoing venue. given the often fickle nature of Sydney. In discussing this, a couple of colleagues and I concluded the design of the place lended itself to a range of business models which might inevitably be more sustainable in the longer-term than the uber-hip venue we had encountered.

Justin Hemmes himself, walked past our table last night, looking thinner (and did I say cuter?) in real life than he had appeared on the cover of yesterday’s colour magazine in the Sydney Morning Herald. The same colleague who had earlier in the night been questioned on entering the bar caught his eye and said hello.

On leaving the venue, a colleague and I who were headed in the same direction decided we wouldn’t catch the bus home that night. No 372 for us, we decided. It was a shared “Silver Service Cabs” experience all the way.

P.S. Despite the apparent cynicism and lack of engagement in this post, we had a really great night. I’d really recommend Ivy for a quintessential New York – errr Sydney – experience.