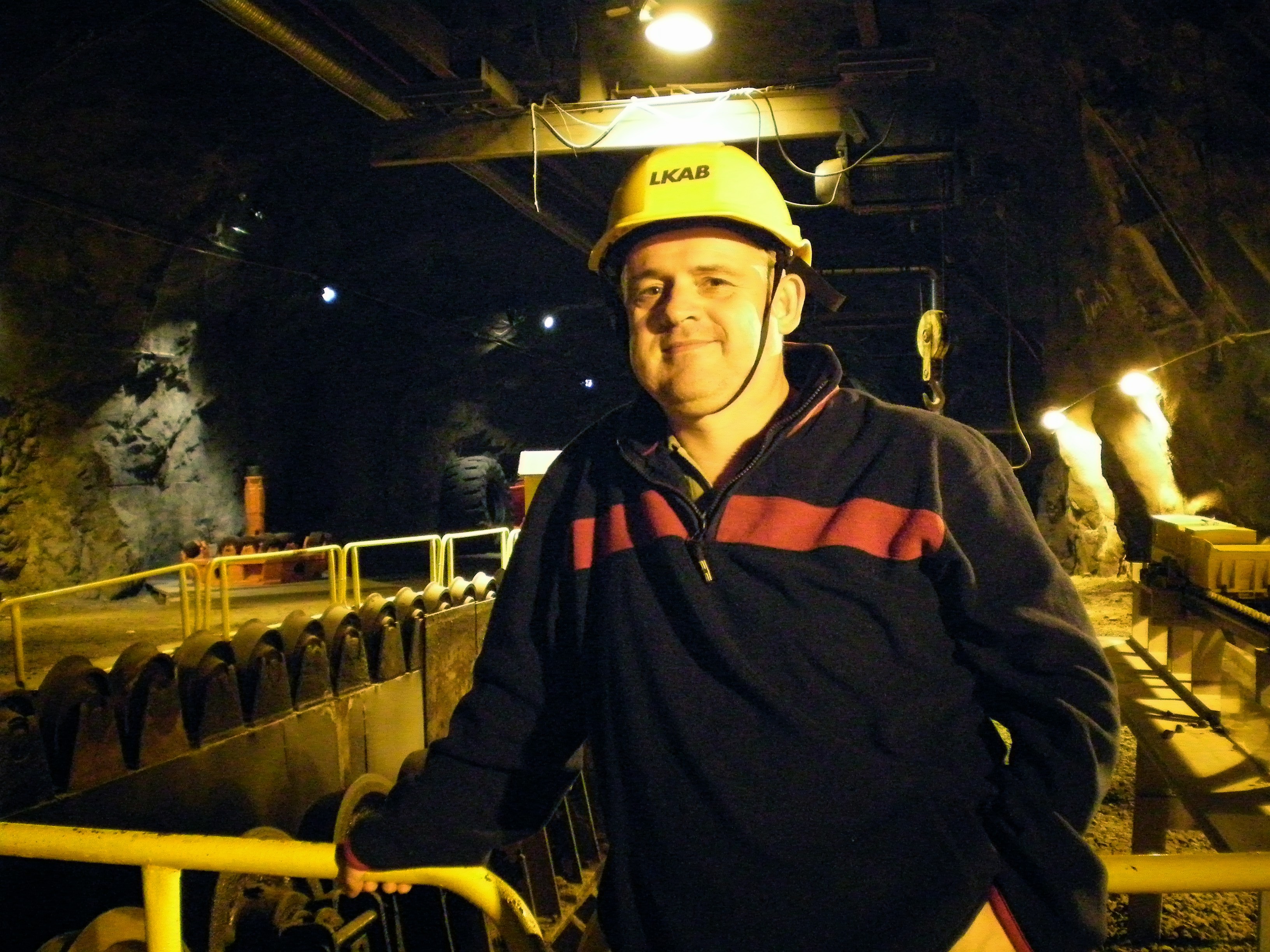 “No, I’ve got another night in Narvik”, I said to Tor, the owner of the guest-house this morning in response to what I thought was his largely rhetorical question, “So this will be your last breakfast with us?”. It turns out he was right. I’d been having such a great time in Narvik that I’d lost track of time, and what I thought was my second last night, was actually my last. I’ve got a night in Kiruna and then a flight back to Stockholm tomorrow.

I’d already been up for a couple of hours, waking early to head into town to sort out the international roaming thing with my phone. The problem being I could receive international calls and texts, but couldn’t make them. It took me four phone calls from a phone booth in the main street of Narvik to sort it out with Telstra. On two occasions when I was finally connected to international roaming, the call failed to connect. On the third occasion, I got a message telling me the call centre was closed (it was only 3pm in Sydney). And finally, when I got through to someone I began with this memorable monologue… “Hello my name is James O’Brien. Before you transfer me to someone else let me say… I’ve been a Telstra customer for many years. I’m in a phone booth in Norway. This is my fourth phone call to you to sort out this problem. And I’m on the verge of being irate!”. A very nice woman sorted the problem out for me, herself without needing to transfer me to someone else, and when I pushed her for some compensation for their incompetence, organised a credit on my mobile. The problem with call centres, IMHO, is the staff never ask you what the problem is. As soon as you say, “I have a problem with my international roaming”, they put you through to another call centre. As soon as you’re answered there, they put you through to another one. They never actually ask a second question to see if they can help you themselves. It’s all about getting the call off their list as quickly as possible. It’s like “pass the parcel”. Bloody PMG!

Anyway, I cheered up over breakfast this morning, when I chatted with a couple visiting from Oslo. She’s Norwegian and he’s Polish, and they met in Bratislava. He’s enormously interested in wartime history, and told me one of his family members fought in the area during the Second World War. He’s also a freelance journalist, and is writing an article for a magazine about Narvik’s wartime history. “It helps pay for some of the costs of an interest”, he said. He also told me a little about travel destinations in Eastern Europe, and about how dramatically economic conditions have changed in the last few years. “Ten years ago, an average salary would have been 10% of the west, now it’s 70%”, he said. He also spoke about how Warsaw had been dramatically transformed due to WW2, and to joining the EU. “We had to work very hard to make it to EU standards. We achieved growth rates of five to six percent, which have continued”, he told me. “Warsaw now has sky scrapers. And the old town they’ve had to recreate completely from photographs”, he continued.

And then, of course, I had to run around, get some cash from the ATM, and pack my bags for the train trip from Narvik to Kiruna. I have to say when I arrived in Narvik I wondered, briefly, if I’d allowed too much time there. As it turns out, I was a little bit sad to leave, as I really enjoyed myself and had the chance to relax totally. Because I lost track of time, it also means I haven’t been able to make my planned trip to Ballangen, about 35km from Narvik. In the midst of this big trip this was the only “freaky ABBA” thing I’d planned. My favourite member of the group, Frida, was born there at the end of 1945. The illegitimate child of a local woman and a German officer, she was labelled a “tyskbarn” (German child). To escape the post-war shame she and her grandmother moved to Sweden, where she was raised. I’m kinda disappointed I didn’t make it to Ballangen, but I’m a bit fatalistic about these things, and think you should never regret too much. And besides, there are a lot more adventures to be had I’m sure…

The train trip from Narvik to Kiruna wasn’t nearly as exciting as the other way around. Heavy cloud and mist reduced visibility through the mountains for much of the early part of the trip. For a moment, I thought, this must be what it was like for Anna Karenina crossing the frozen tundra all those years ago. But then I stopped being so dramatic, made the most of the central heating, and then got myself a mid-morning coffee. The nice lady from near Eskilstuna was on the train also and we chatted for a while about our experiences.

On arriving in Kiruna, I dropped off my bags and went straight to the tourist centre, just in time to buy a ticket for the underground mine tour. At first I thought it was a little expensive at 280 KR ($50), but I figured there wasn’t much else to do in Kiruna, so why not? It actually turned out to be excellent value… You’re taken underground about half a kilometre in a bus and then shown around by a tour guide. You’re also shown a bit of company propaganda about how environmentally conscious they are etc etc. And the best thing is you get to wear a hard-hat. We looked like members of the Village People. Well, me and the cute guy from Canada looked like members of the village people, but I’m sure that’s another story. Highly recommended.

And so here I am back in my hotel room in Kiruna, just updating my site and writing apology notes for the spam problem that happened using Kaffeteria’s internet connection in Narvik. Did I say that loud enough? It’s a nice enough hotel with views of the mine. The tour guide told me in the hotel I’m staying I’m bound to feel the explosions sometime between 1 and 3 tomorrow morning. You can only live in hope, I guess.