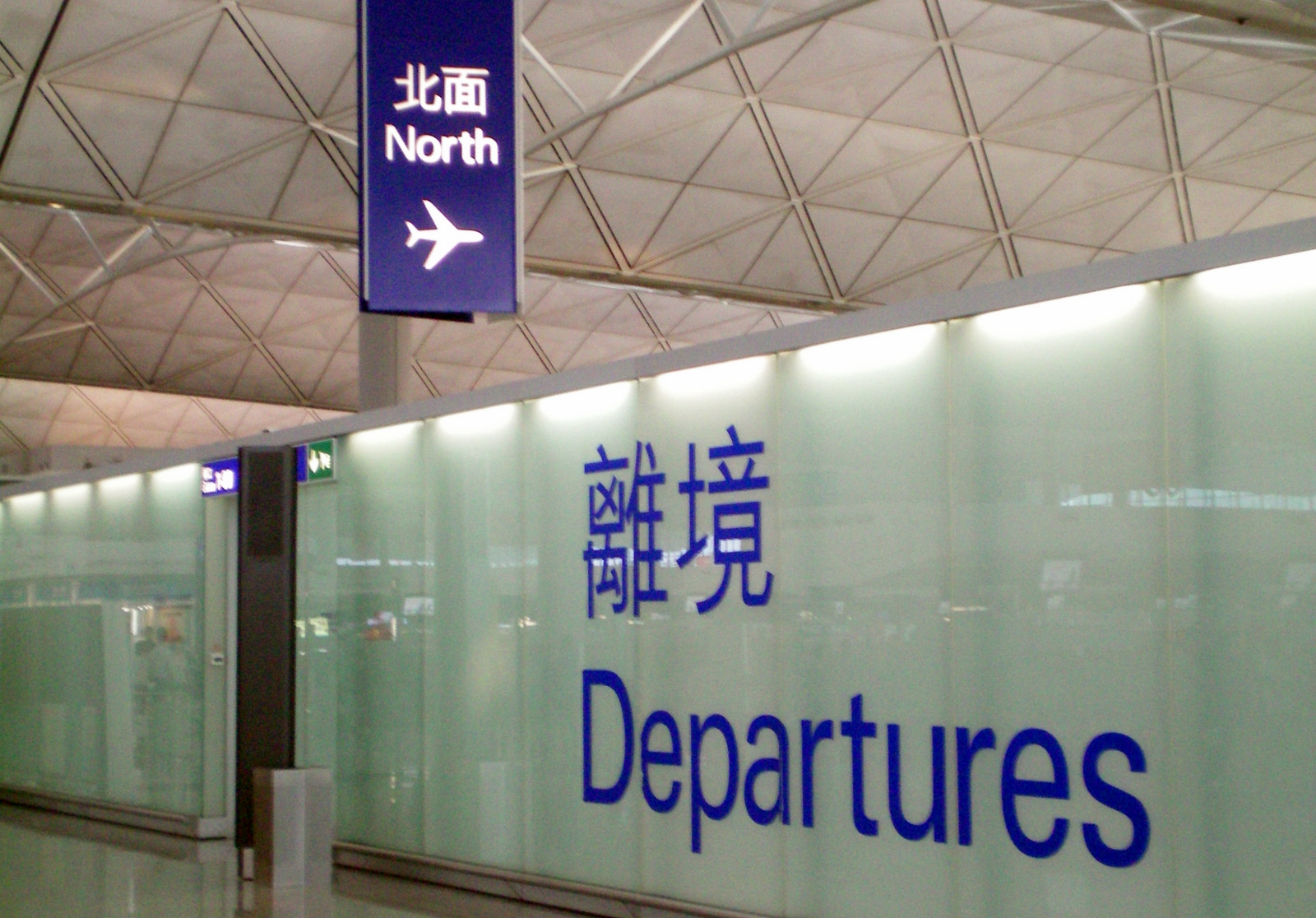 “Congratulations guys”, I said to the two Australians wearing Paralympic T-Shirts at Hong Kong airport today. To be honest, I don’t know if they were paralympians or officials or had just bought the t-shirt, but they seemed to quite enjoy a moment of recognition as they were making their way home. Hong Kong, by the way is a Paralympic City, with a number of events held here.

I’m guessing they might have been at the airport quite early for their flight today for the same reason as I am: the air conditioning. I read somewhere they set it at eighteen degrees which, compared with the temperature and humidity outside, is pure bliss. And I figured that since modern Hong Kong seems like one giant Westfield anyway, I might as well spend it here.

Looking around the airport, I suspect I’m not the only person who has done this. Although it’s not exactly like the episode of “Kath & Kim” where Kath and Kel spend their entire romantic weekend away at the airport, I’d imagine you could actually do it here. Surfing around the web today, thanks to the free wifi here, I found a website dedicated to “Sleeping At Airports”, which said that in terms of traveller comfort, Hong Kong comes second to Singapore.

Singapore, of course, is a great airport, and I have fond memories of the afternoon Damo and I spent at the pool there while waiting for a connecting flight. A ten dollar investment in six hours by the swimming pool there (and a few Tsing Taos) made the flight between Sydney and Helsinki so much easier to cope with.

When it comes to travel, I’m not one for “the journey”. In my dreams, the “magic teleporter” would exist, and getting to the other side of the world would be as simple as Samantha from Bewitched wiggling her nose.

And although It’s been a great trip, an amazing trip, I’m missing friends and family, and I’m looking forward to having a bedroom just to myself for a change. Well, maybe one other person sharing the bedroom occasionally would be okay :)

And after a good break, the “much needed break”, I’m ready to come home and “resume my life’. I think.

It’s interesting, though, that a couple of days before I left on this trip, my colleague Wendy looked closely me in the eye and said, “This is going to be a life changing trip for you”. And I looked her back in the eye and said, with heart-felt meaning, “I think so too and I hope so”.

And it has been. Not in the sense I want to go and live in an ashram, or anything like that. But it’s been good opportunity to get away from my work, live a little more simply, to take every day as a challenge to do something with my life, rather than just “fill in time”. Even keeping this blog has been a good way of making sure I live my life to the fullest by keeping myself accountable for my daily actions. “Did I do something interesting today? Did I make the best use of my time or did I just eat and watch crap?”, I’ve thought to myself daily.

Most of all, it’s been great to have a bit of “me” time. I’ve dedicated almost all of my life to my work, at some considerable cost (I believe). And I think I’ve emerged from this trip with a new perspective. And by that I don’t mean I’m going to become a slack-arse, time-waster and clock-watcher at work, as it’s just not in my nature. I’ll probably go back and work stupid hours and still take phone calls at absurd hours. But I think I’m going back with more of a “work to live” concept in mind, rather than a “live to work” concept. Oh god, I sound like Anthony Robbins.

So many good things have happened to me in the last few months. The experiences are well documented on this blog, although I’ve kept a few stories to myself. Everything I’ve written has been completely honest and true, but writing under my own name, there are some stories I’ve chosen not to share with the world. Buy me a beer and I’ll tell you the better ones!

The other things I haven’t documented on this blog have been what this trip has meant to me as a person, and how I think I’ve changed for the better.

First, I’ve lost a fair bit of weight. In fact, my pants fall down now without a belt and there are certain bits of me I can now look down and see for the first time in years. This is largely because I’ve cut down on my consumption of alcohol (despite the many stories of chatting to people in bars), have eaten more healthily and only when I’ve been hungry (grazing) and I have enjoyed regular exercise (especially swimming). Who would have thought losing weight was as simple as that? :)

Second, I’ve learned to live a bit more simply. Although I’ve spent more money that I’d planned on this trip (it’s gonna be toasted sandwiches, rice and pasta for dinner for quite some time I suspect), I’ve been really good at just spending money when I need to, not when I want to. I resisted, for example, the urge to buy dozens of CDs.

Third, I’ve learned a bit more about reading people’s body language. It’s unavoidable when you’re in countries you don’t speak any of the language. But also living in youth hostels has made me become a little more atuned to other people’s feelings and being able to “read” people, even without a common language.

Fourth, I’ve also thought deeply about the role of friends and family in my life, and have come out smiling.

And, finally, and most importantly, I think I have chilled out a fair bit.

There were more paralympians in the queue at check in tonight. I wasn’t as friendly this time, as we engaged in a battle to see who could be first in the queue to return home. Bloody fast paralympians!