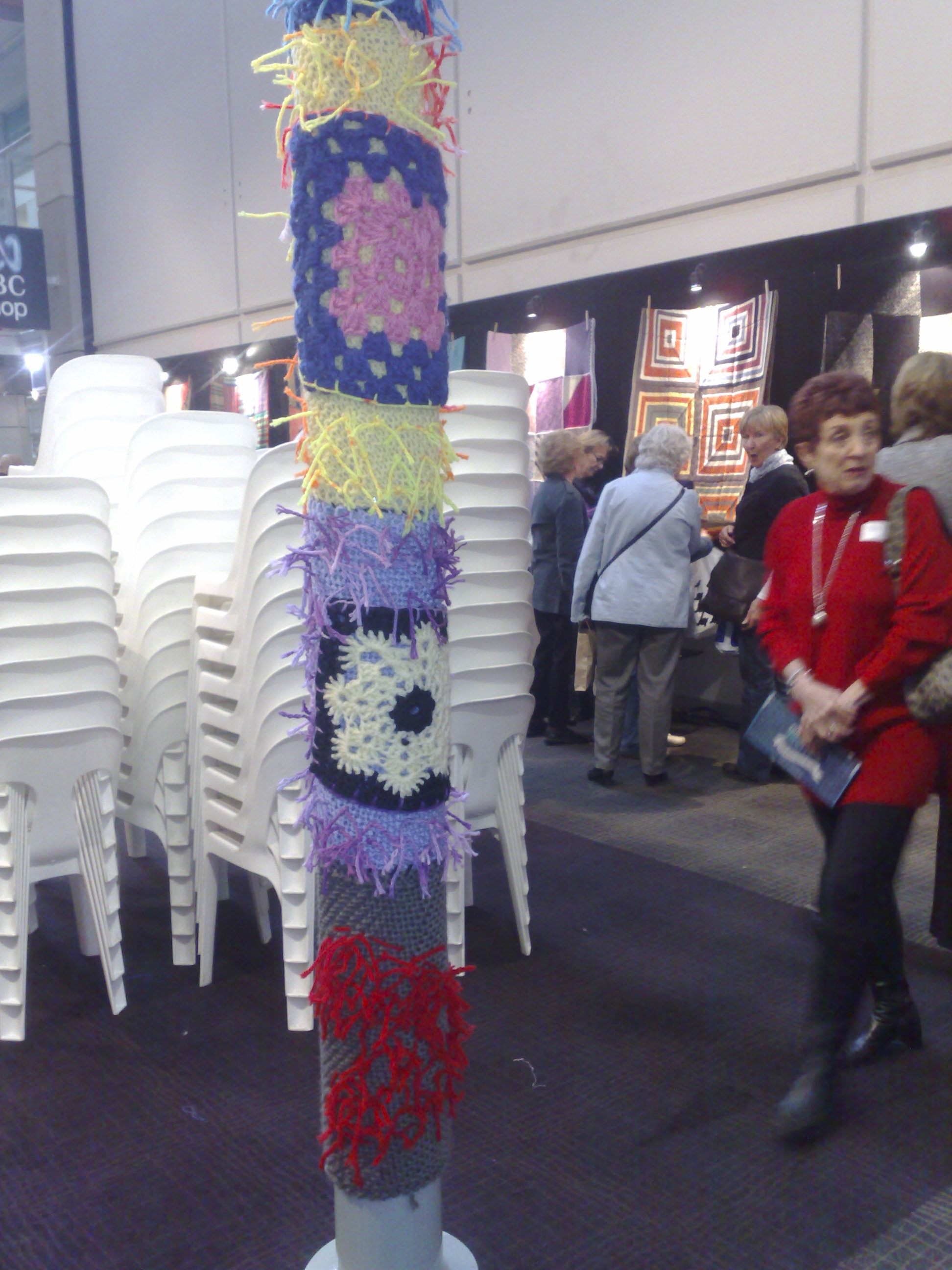 It was another long day at work.

Again, I woke at a stupidly absurd hour, though it was all for a good cause with our annual “Knit In”.

It’s really quite a wonderful event to be involved in, especially as the blankets made go towards people in absolute need.

Chatting to one of our “interns” who was quite amazed at the response, I told him, “I think it’s because a lot of people don’t feel like they can change the world, solve world poverty, address the big issues. But they feel they CAN make a difference by doing something, by giving of their time”.

Later this afternoon, I made a brief appearance on ABC Statewide Afternoons, as part of a round-the-state whip-around of what had occured on the day.

The Other Andrew also made an appearance on radio as one of the few male knitters taking part.

By mid-afternoon I was hanging out for some relaxation and caught up with some colleagues for a beer at The Rose.

Even later still, I caught up with The Other Damien for a drink and dinner in Chinatown.

It should come as no surprise that by the time I arrived home I was exhausted!