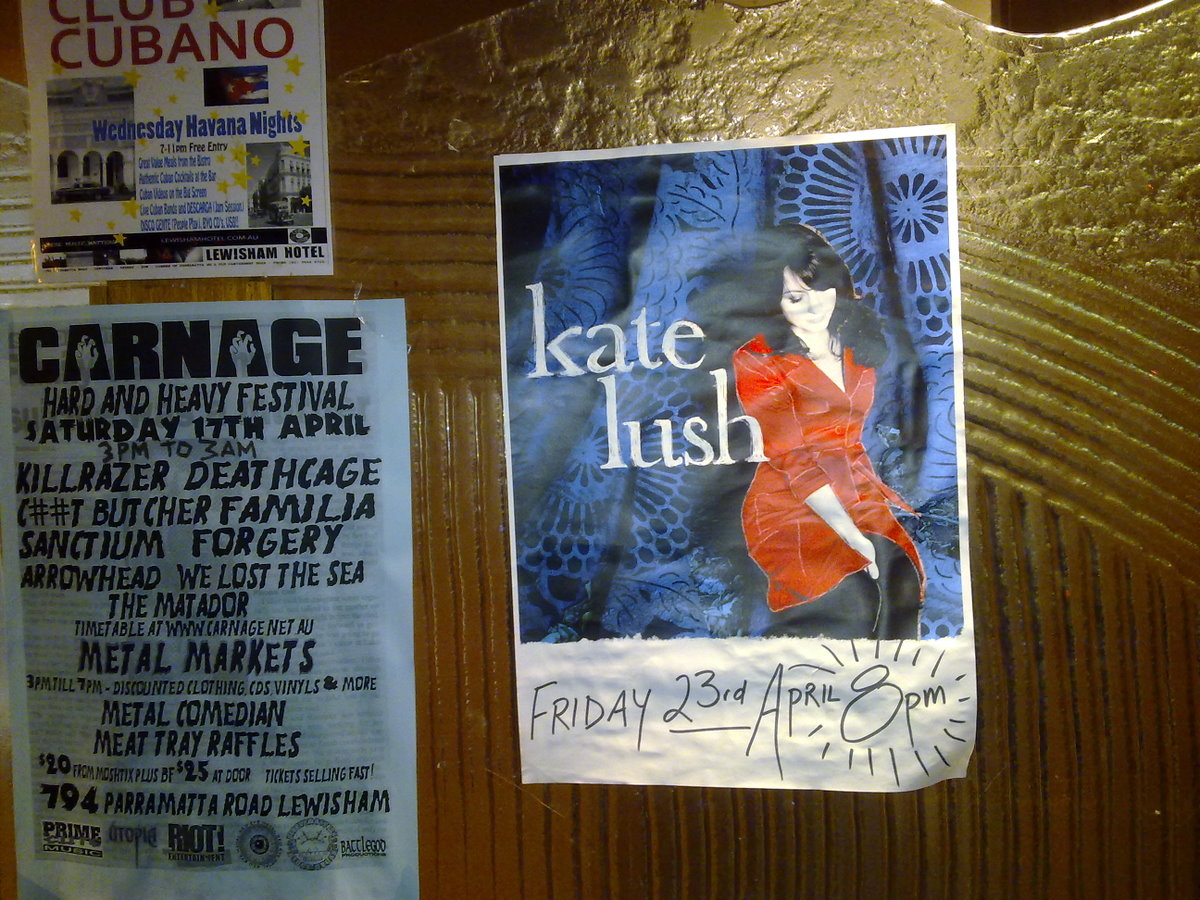 Kate with an L

“Shouldn’t that be a B?”, I thought to myself when I saw the Kate Lush poster at the Lewisham Hotel.

It was another exceptionally quite night at the pub. Aside from our group there was just a handful of others. Seriously? How do they make any money?

The barman told us they have a big weekend coming up with a sold out event.

But seriously you have to wonder how any pub could make money with so few customers.

We had fun, of course, as we talked about our lives, the week we’ve had, and so on.

In other news, I’ve registered a really good domain for an idea I’ve had for a while now but have done nothing about. I also picked up the same gmail address which is good.

I’m not going to talk about it now, in case someone else thinks it’s a good idea. There was a similar project earlier in the decade, which fizzled out.

But it’s something I think there’s room for, something I would enjoy doing, and perhaps something which will open up a few doors to the future.