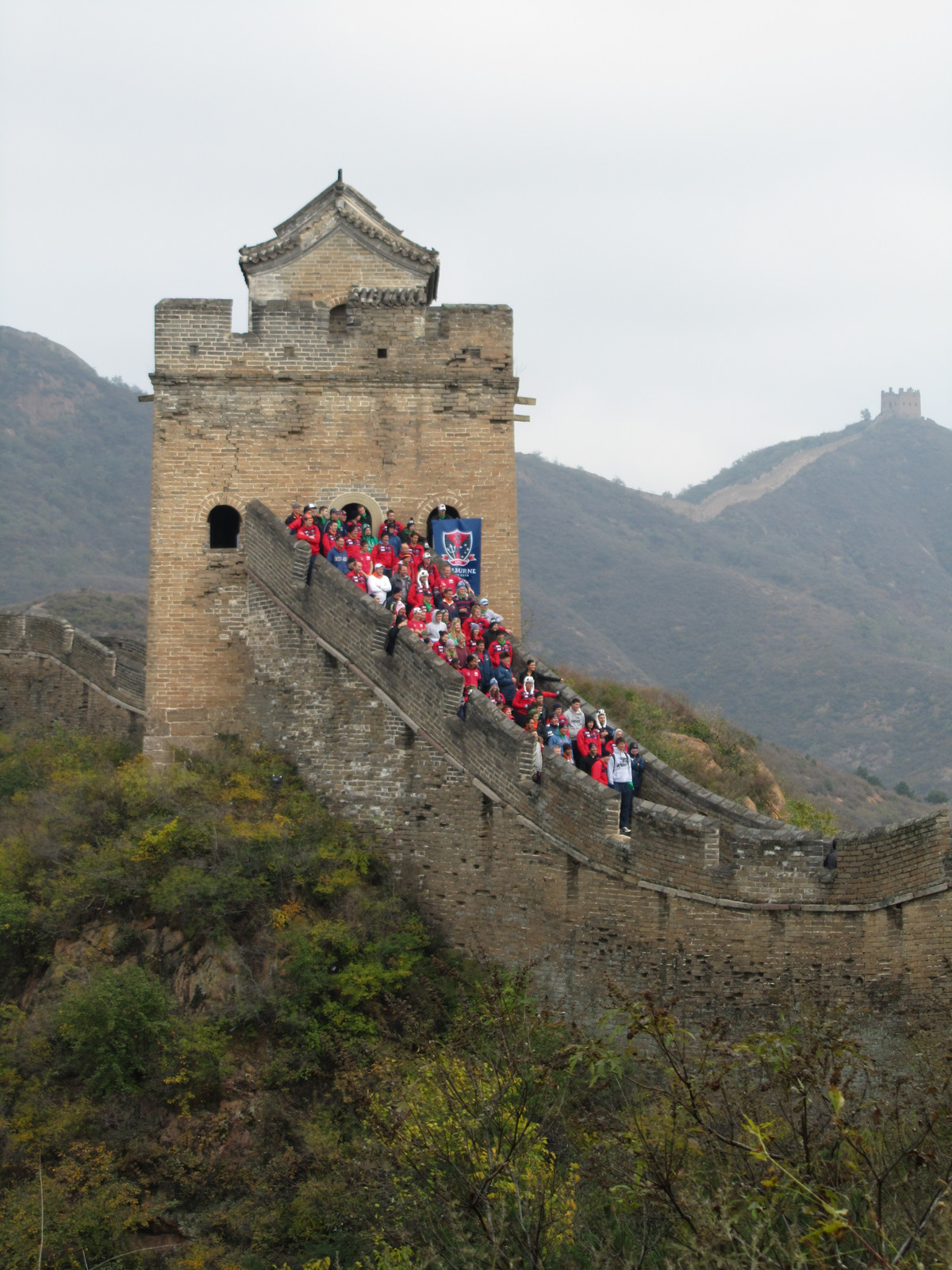 Walking On The Chinese Wall

The early 80s pop song, “Walking On The Chinese Wall” by Phillip Bailey has been repeating itself over and over in my head today. When it was released way back then I liked it, as it was a good tune with a good video clip, and it had been produced by Phil Collins who was quite fashionable back then. He had hits of his own, and he’d produced Frida’s CD, “Something’s Going On”. Yes, it was a long time ago.

When I mentioned this to one of my fellow travellers today she looked at me with a blank face. Frances and Phil are both a bit younger than me, though I suspect Guy may remember it vaguely from his childhood.

The four of us travelled by taxi to and from the Great Wall of China today. At about $35 per head, it was remarkably good value to have a driver to take us there, to sit around while we walked up and back, and then take us home. By the time I made it back to Kate’s place it had been a full 10 hour day for me.

I can’t begin to describe the beauty of both the environment and the wall itself. “It’s like those paintings you did as a child where you had to draw mountains”, I said to Frances. We never had many of those mountains in Australia, as most of ours are fairly rounded hills, especially on the North Coast where we’re both from. These mountains, however, were crinkly. And they had those various shades of blue and grey in the distance you only seldomly see in Australia.

As we drove towards the mountain from Beijing the colours of autumn became stronger and stronger. And the temperature plunged a few degrees, too.

When we arrived we were immediately surrounded by people who wanted to sell us souvenirs. And then later on the mountain, we had an “informal guide” who followed us for quite a while with the implicit understanding we would buy souvenirs from her later.

“You don’t look 45 she said, you only look 35”, she told me. Once again I was the sucker for a sad story – about how she had two children she was sending to school, one aged 12, the other 16, and how she farmed corn, and then spent her days on the wall selling souvenirs.

Naturally enough I bought the “I Walked The Great Wall” t-shirt at an over-inflated price (even after haggling), but I’m not going to lose sleep over it. She seemed like a nice woman who spoke quite good self-taught English. And frankly I hope a few extra dollars from me will go some way to adding to her life in some way.

And besides, we had a great time. It’s an amazing place to visit. An amazing creation. And as you walk along you smile and say hello to the people coming in the opposite direction. I chatted for a while to an English women from Somerset who was amongst a group of people on a five day trek raising funds for their local hospice. I swear she was in her mid to late 60s, and thus our complaints about walking up and down the steep incline seemed quite insignificant. In fact, there were quite a few older people doing the walk.

As we walked through one particular part of the wall Phil and I saw a bloke walk past and looked at each other and went “that’s Max Walker”. And indeed it was, so we followed him and asked for a photograph. He was with a group of supporters of Melbourne FC who were visiting China for a couple of weeks.

At the end of the day I visited I was feeling both elated and physically exhausted. A great day.

After arriving home I went out and had a massage – a really rough one – and I feel great. I think I’m gonna head out tonight to do a bit of a gay discovery tour of Beijing. One of the local bars is just a few minutes walk away.