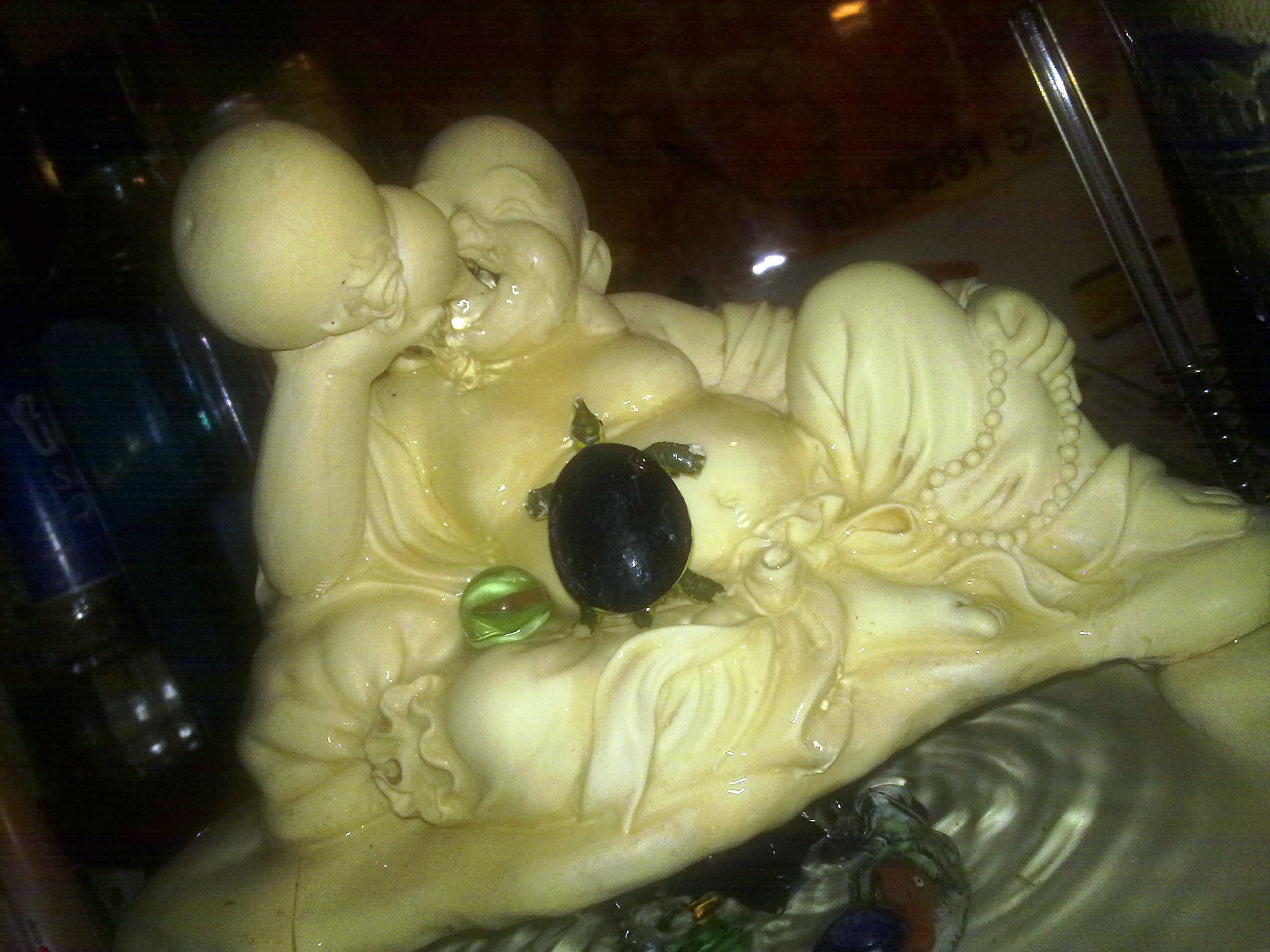 Damo and I were looking for somewhere to eat tonight. Although we’d pretty much chosen to go to Spice I Am, we were distracted on the way by Harry’s Singapore Chilli Crab. It’s located above the Triple A Hotel in Surry Hills, and is one of those places we’ve both passed on many, many occasions, but have never bothered to visit before.

Since we’ve eaten before at Spice I Am, we decided to give Harry’s a go.

The first thing you notice as you walk upstairs – aside from the cute waiters – is the slight BBQ King feel about the place. It’s upstairs. It’s busy.

Lots of tables of large groups of people. There was a birthday table not far from us. Next to us was a table of certified uber-geeks. All but one of them was drinking water and the conversations was decidely nerdy. At the end of the night the drinker announced he was going to a pub in Pyrmont, while the rest were presumably going home to code or play WOW. There was just one couple.

We thought the menu was a little over-priced, and there was a tendency by the wait staff to up-sell. Having decided the crab meals – 1.6 and 2.6 kilograms (that’s a lot of crab) – we settled on sang choy bow and Peking Duck. They were okay. Nothing special. And nothing like the Peking Duck I enjoyed in Peking (derr) or even in Chinatown in Sydney. A little disappointing.

Maybe if we’d eaten the crab. it might have been better? Or maybe we should have gone to Spice I Am. Ah well. Never mind. The conversation was good.