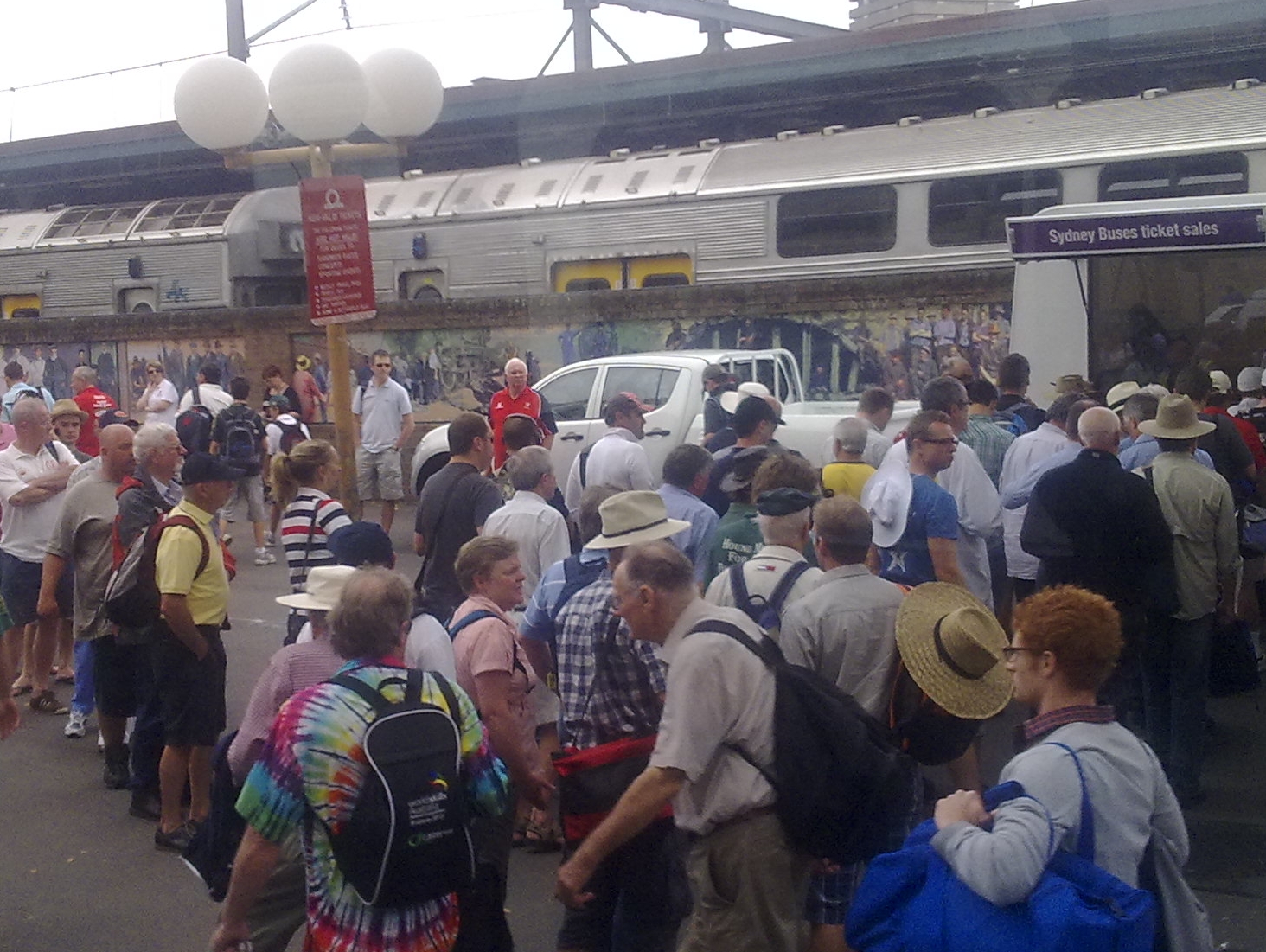 After yesterday’s early finish to the cricket, play started a little earlier today. And so as I made my way to work this morning there was a healthy queue of people lining up for public transport tickets to the match at the SCG.

While the rest of Sydney continued to enjoy summer, for many of us it was our first day back at work. Although I’ve been working throughout the entire period – actually in the office in Lismore – and then via mobile phone and email on the public holidays, there was something more “official” about today as I donned shoes (not thongs) and a suit for the first time in a couple of weeks.

It was nice going into the office to see everyone, and there was much to chat about. There was also a slightly relaxed mood in the air. Having worked through, I even found a little time in my day to do a few catch-up things. While the first day back in the office normally involves dealing with the several hundred emails that have arrived while you’re away, I actually had a bit of time today for some house-keeping.

Since the last time I was in my office two weeks ago, I’ve “secured” my acting position. So I updated my electronic signature, the internal phone book, and so on. And I also did a few things around the office – install an electronic photo frame with some of my favourite images, put up a couple of photographs, and transfer things from my old office – to make myself feel a little more “at home”. I’m not convinced the taxpayer actually got good value for many today, but I figure the taxpayers has had a few “freebies” over the last couple of weeks, so I felt quite okay about it all.

After work I called in to see my friend who has been in hospital for the last few weeks. He hasn’t been well at all. Two days ago when I saw him he was much better than he had been. And today he was better again. He’s still not 100%. Not even 50%. But he’s better than he’s been for a few weeks and that made me feel very, very happy.

As I made my way home I found myself – briefly – walking against the cricket queue once again. As I looked towards the crowd I noticed lots of sunburn on the faces of the supporters of the England Cricket Team. Wear sunscreen tomorrow guys, okay?