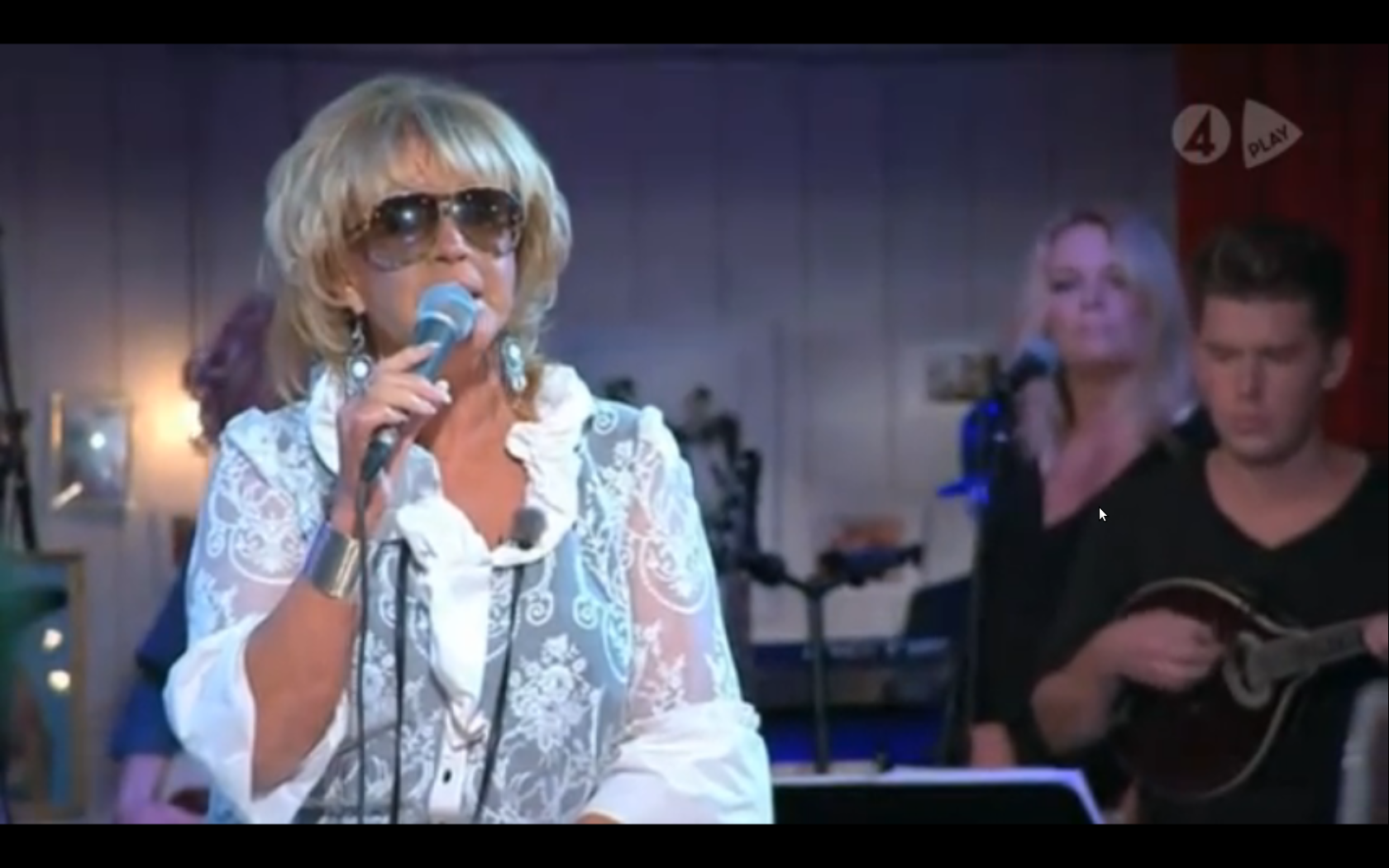 Performing on Så mycket bättre is Barbro aka Lill-Babs Svensson

For the last few months I’ve been watching bits and pieces on Youtube of a Swedish TV show called “Så mycket bättre” (literally, “So Much Better”), a television program where famous Swedish musicians perform the songs of other Swedish musicians.

My attention was first brought to the show by the performance and hit song, “Mikrofonkåt” by September. It was a dance cover version of a rap song by Swedish performer, Petter. The song became a number one hit for several weeks in Sweden. The song has since been translated into English, and will soon be released internationally. I absolutely loved the associated video clip which featured September singing her version of Petter’s original song to him (and to see him sing a long to the song).

But tonight I’ve been watching some other clips from the program which featured a range of Swedish musical legends, as well as some new performers including: Lasse Berghagen, Barbro “Lill-Babs” Svensson, Petter Askergren, Thomas Di Leva, September, Christer Sandelin (from Freestyle) and Plura Jonsson.

The program is a “reality show” in the sense that, according to Wikipedia… “The artists spend eight days together at a hotel in Gotland, Sweden, where each person has a day dedicated to themselves with the other artists performing cover versions of his or her songs. A compilation album was released on December 1, 2010 as CD, digital download and on Spotify.”

As you watch the video clips on Youtube, you see the people are in an old stone house when they perform together.

The two clips which have touched me most tonight have been songs by Petter and Lasse Berghagen.

Although I was aware of Petter doing a version of “Stockholm i mitt hjärta” (a song made famous by Lasse Berghagen as the theme for “Allsang pa Skansen”, the legendary Swedish TV show), I wasn’t aware until tonight that Lasse had responded with a version of “Längesen” by Petter, a song which I really love very much.

The lyrics for Längesen, which I mentioned a few months ago, about a relationship in youth and reflected on many years later are particularly poignant, delivered by an older man (Berghagen)…

which translates – very roughly – as…

And then Petter does a version of “Stockholm i mitt hjärta” which translates as “Stockholm in my heart” which was and is the theme song for the popular television program, “Allsång på Skansen” (literally “Sing Along at Skansen”) which is a bit of a love song about Stockholm as a city.

“Stockholm in my heart, I serenade you my friend
-the same, the same same, you will burn again”

So anyway, I hope you liked the clips, because I think they’re both quite special.

And what a lovely idea for a television show. It sure as hell beats the crap that was delivered up tonight on “free to air” television in Australia.