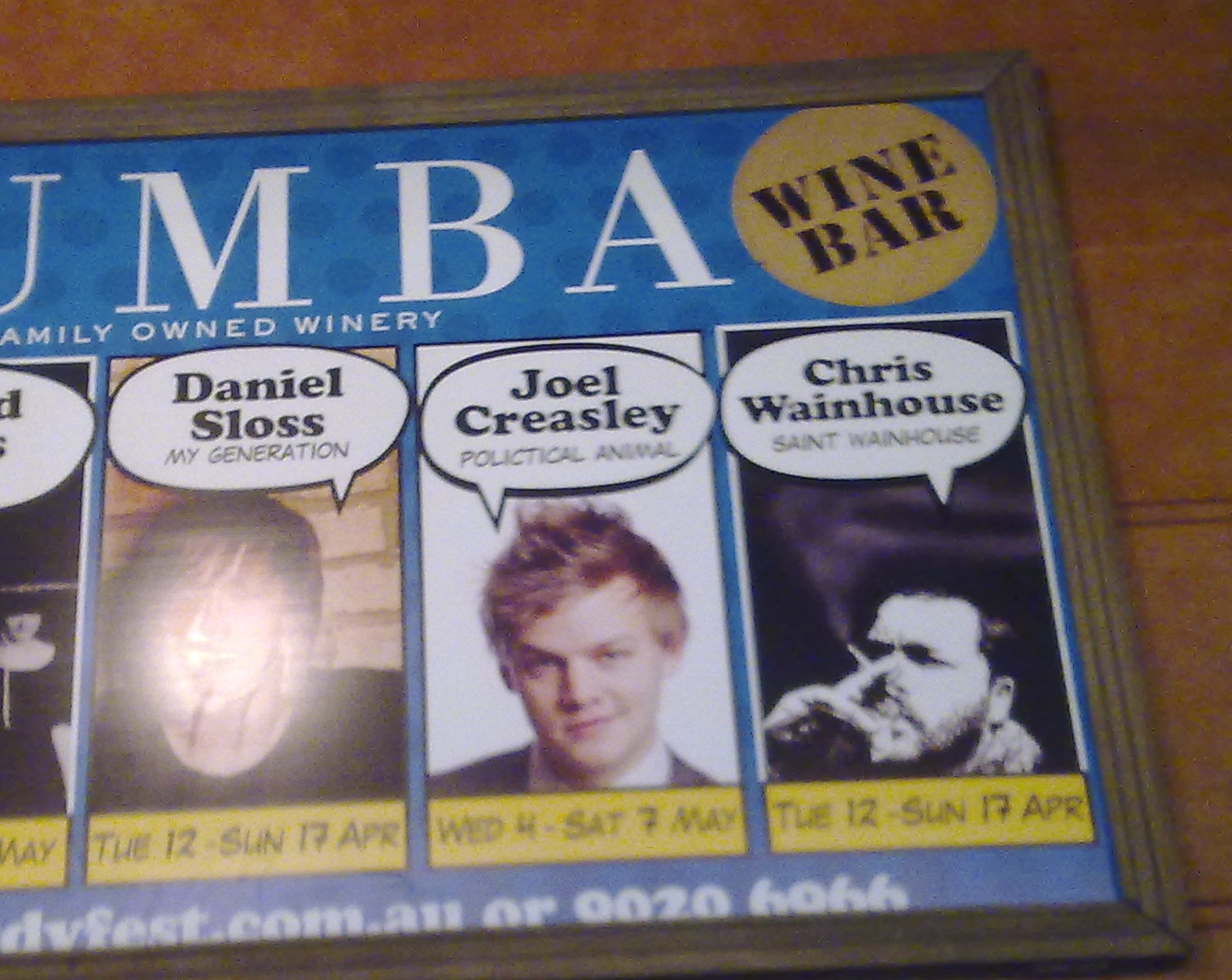 My friend, The Best Judge and I went to see comedian, Joel Creasey at the Enmore Theatre tonight. He’s one of the “young gay comedians” that includes the likes of Tom Ballard, Josh Thomas, Hannah Gadsby and Rhys Nicholson to name but a few.

I think it’s fascinating to have this group of young comedians for whom their sexuality is “not an issue” (as for many young people these days), but also an essential part of their act. Not so long ago, it wasn’t like there were too many options for people who were gay or lesbian to be a comedian, unless of course you wanted to be “Mr Humphries” or perhaps a drag queen. But times have obviously changed.

And there’s a bunch of comedians who will happily tell you their “coming out” stories. Notably, I saw both Josh Thomas and Tom Ballard who based whole shows around their coming out. Joel Creasey is a bit different though. His sexuality is apparent, but there’s a lot more to his show than a “coming out” story. At one point in tonight’s show he said, “I won’t tell you my coming out story because it’s so incredibly boring” (or words to that effect).

I thought tonight’s show was pretty well crafted and it gave me a few laughs. It had a real sense of purpose, I thought. And while “being gay” was apparent throughout the entire show, this was a lot more than a “gay show”. The only “coming out” aspect of the show was his “admission” he was a former Young Liberal, at which point he presented a photograph of himself with John Howard. I’m not entirely sure it wasn’t photo-shopped, as there’s a lot about his show which is exaggeration – in particular, his monologue about his mother being an alcoholic, and his story about the Channel 7 Perth telethon. Even if we was a Young Liberal, it’s pretty evident from tonight’s show that all sides of politics are worthy of ridicule.

The show went for about 75 minutes and I never lost interest. His pacing is 100 miles an hour (which I’m sure will slow with age and maturity), and he comes across as well-read (meaning some of the jokes were pretty obvious, while others were more subtle and required a backlog of cultural knowledge). With a good narrative, use of props, and lots of intelligent humour evident in tonight’s show, I came away thinking he has great potential. I hope he does well. The only downer was the mis-spelling of his name on the sign outside the theatre. Hello?

Aside from that, it was another good day at work. Before the show I ran into a friend with some exciting news, and after the show The Best Judge and I caught up for a few drinks at The Sly Fox.