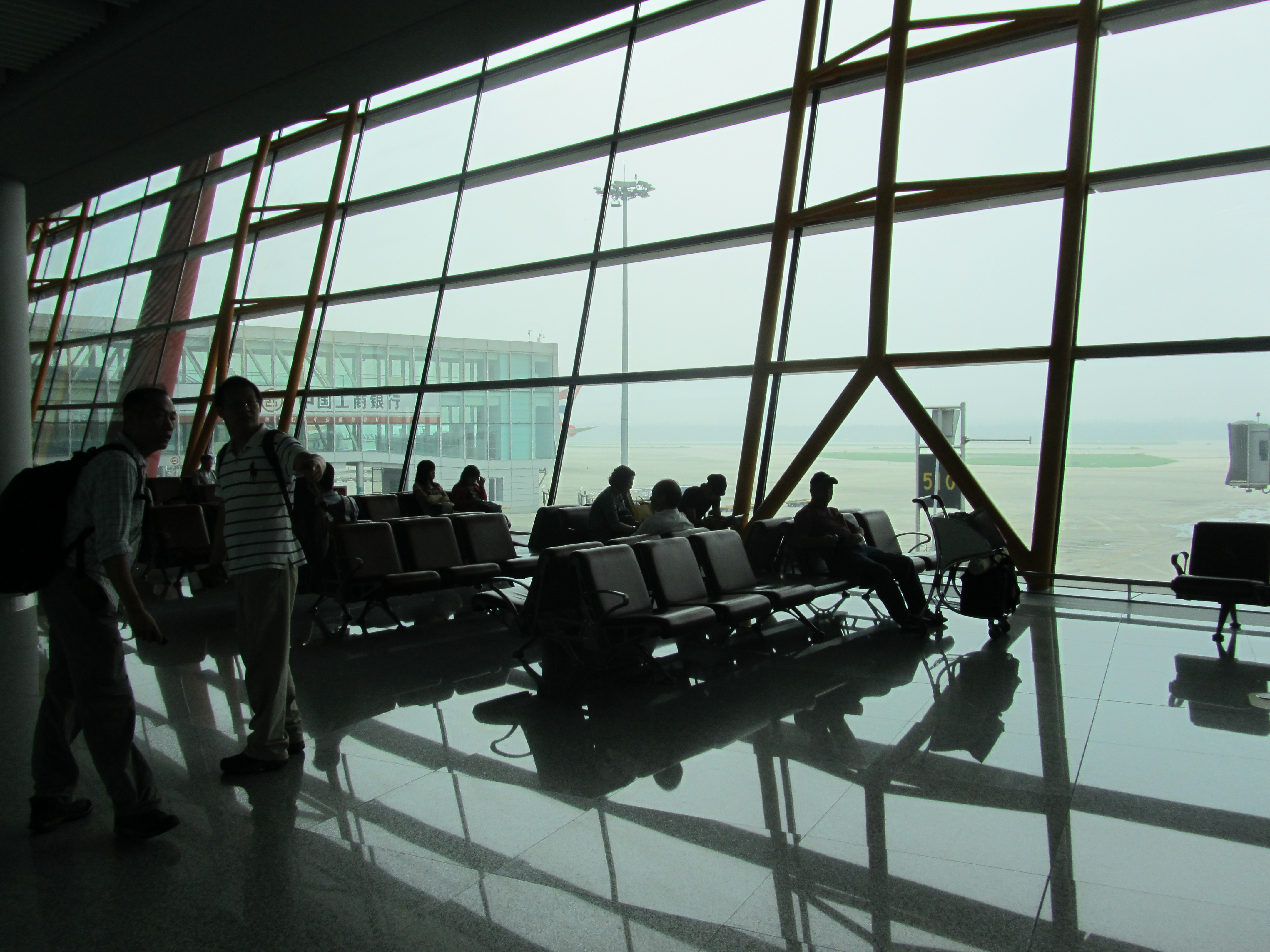 You know how it is when you see someone semi-famous in public and you think you know them, and then you look over and begin to say “hello”, and then you realise you don’t know them at all Well, you do know them, but not in real life, just from the TV.

The first time this happened to me was with a television newsreader coming out of a lift. “Hi so-and -so” I said, and then he/she responded with “Hi, how are you…?” Later I found out this is a reasonably common experience for people on the television. As they meet lots and lots of people in their jobs and in public occasions, chances are they have met you before and don’t want to seem like a bit of snob if they don’t actually remember you, so they say hi.

Waiting in the queue for check-in for my flight to Beijing, I had a similar experience. There was a woman just behind me in the queue who I recognised and went to say hello. She went to respond. And then I realised I couldn’t remember who she was. But then she looked at me as if to say I recognise you, but I don’t know where from. It was an awfully awkward twenty seconds or so. And so I went back to Twitter and she went back to reading her “Lonely Planet Guide To Mongolia”. As a footnote, we actually have met before. In fact, she did some work for the radio station I used to work for a couple of years ago: it was Mary Moody from Gardening Australia-fame, complete with raffia hat!

There were no other famous people in the queue tonight, or none that I noticed. I did, however, notice the passengers on board this Air China flight to Beijing were a little different to those when I travelled to Beijing last year. Last year there were absolutely no children on board, not one, whereas this time there were quite a few. Maybe I’m wrong, but do parents with young children specifically choose overnight flights so the children will sleep? Maybe that’s the difference?

Come midnight, all the kids were passed out. Well, all except one, a little boy straight behind me with a Swedish father and a Finnish mother. Actually I’m not sure about the Finnish, but she definitely wasn’t speaking Swedish. It sounded Finnish, maybe Estonian. Anyway, I found it fascinating that dad spoke to the child in Swedish, mum spoke to the child in her language, and they spoke to each other in English.

The little boy was restless for most of the flight, with dad constantly asking him to relax and go to sleep. The Swedish phrases for “Go to sleep, Axel”, “Stop it, Axel”, “Lie down, Axel” and the word “No” are so incredibly well-ingrained into my consciousness that I doubt I’ll ever need another Swedish class in my life.

Despite the tears from the little boy, I found it was overall a pretty good flight. While some people find long-distance flying difficult, I quite enjoy it. As always, I was well and truly asleep before take-off, and woke just in time for the evening meal.

Customer service hasn’t improved that much since my Air China flight last year. I swear there were two bottles of white and two bottles of red wine for the whole of economy class. I coughed a little when I took my first sip of the “Red Dragon White Wine” which was far too sweet for a non-desert wine for my tastes. Still, the staff were polite and friendly. And who am I to complain, as the flight (all inclusive) was $1474. $300 less than the cost of my first trip to Europe in 1983.

But anyway, I was in “flight mode”, that wonderful state where all you have to do is eat, sleep, read and watch movies. The movies were a bit of a challenge, though, as they were either crap from America or Chinese movies without subtitles. So for me, it was lots of sleep and quiet contemplation.

That was a good thing, as for a couple of days I’ve been experiencing a little bit of anxiety. With a number of deadlines looming at work – not insurmountable ones, and ones that could have waited, but ones I wanted to achieve – before leaving, I was beginning to think I would run out of time. But by about lunchtime today, I was beginning to feel much better about things. I even had time to go out, grab some lunch, have a haircut and deposit a cheque. After leaving work at about 3.15, I had time to visit a friend and do some computer repairs, come home, vacuum the carpet, talk to some friends of the phone, have a glass of wine and have a shower before heading out to the airport.