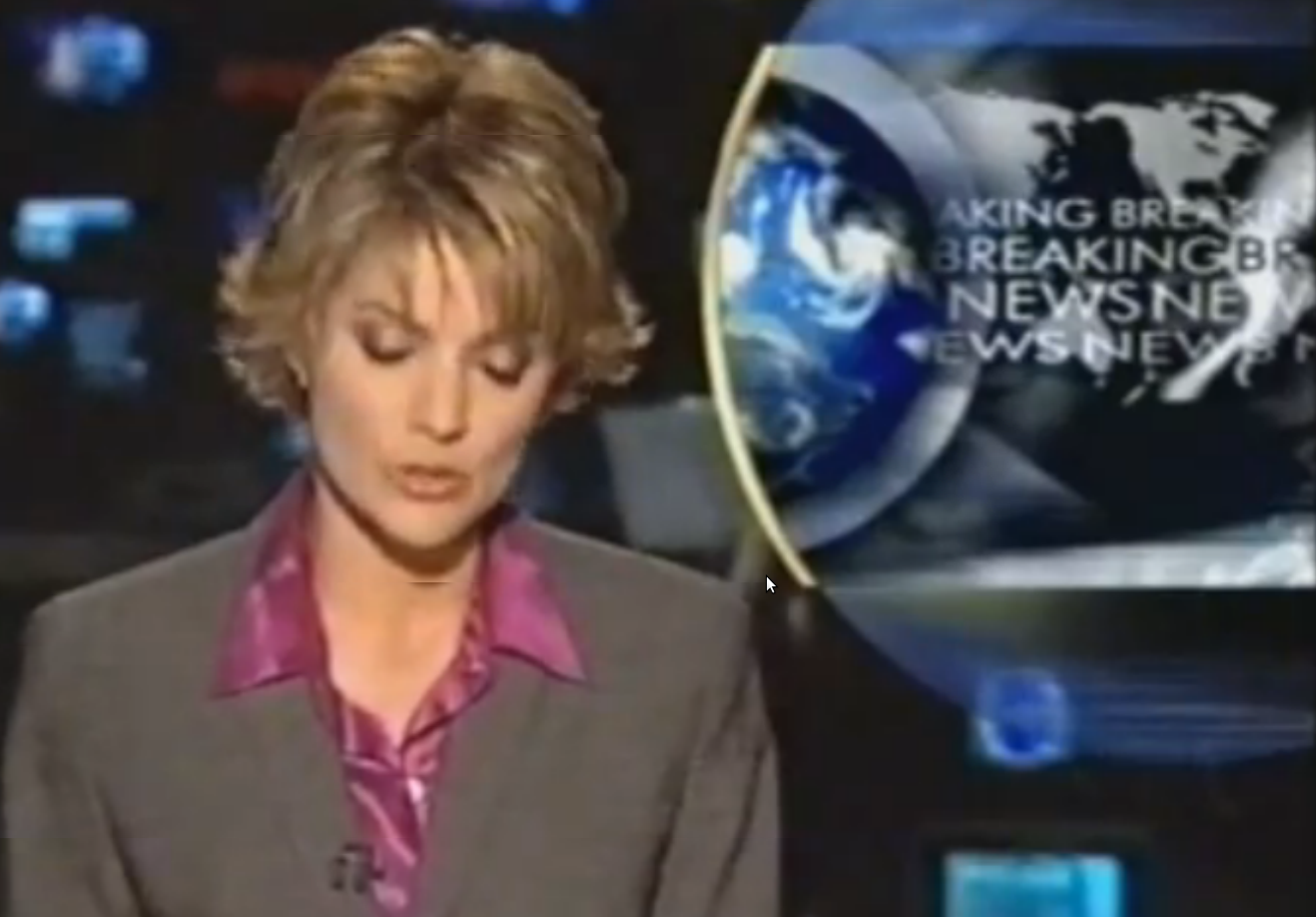 Damien and I were watching Channel 10 News with Sandra Sully when news broke of the 9/11 attacks. That was our routine at the time: watch the news, and then head off to bed. I still remember the slightly frazzled look on Sandra’s face as she looked down and read from a piece of paper – obviously too soon to add to the auto-cue – about the attacks.

We stayed watching the coverage for several hours. We spoke to friends on the phone. We drank a bottle of wine. We worried for a while this was going to happen all around the world: New York, Washington, London, Paris, and eventually Sydney. The thought of an attack on Sydney went through our minds for quite some time, especially as we lived so close to the CBD. Weeks later, there were the anthrax scares,

I woke early the next morning, and when I went to work, I had to confront – as a broadcaster – the issue of what to do on the radio on the radio that day. It had been a big week already with the collapse of Ansett Airlines. And now, there a major world story with implications for all. About half of each hour that I was on the radio was dedicated to national news coverage. As I recall, for the remainder of each hour we continued to talk about what had occurred, interviewing people we knew were there – such as a delegation of NSW Farmers – and giving listeners the opportunity to express their feelings.

And on the following day, we had planned an outside broadcast from the Illawarra Folk Festival. As it turned out, it was probably a good thing. The half-hour news specials continued, and in between, we featured a bunch of folk musicians who sang about peace. It was the right combination, I think, in hindsight.

In the UK, it’s the July 2007 events that remain in their minds. In Australia (and Indonesia), it’s the Bali Bombings that remains in our minds.

As I sit and watch tonight’s commemoration I’m reminded of that night ten years ago and think about how much the world has changed. The internet has changed the world with an increasing level of internationalism, which is a good thing. But we’ve also seen a dramatic increase in racism and nationalism, evident in the recent killings in Norway. We’ve also seen some polarisation between religious groups, but also increasing levels of inter-faith activity.

In the same way that Nazism and Communism changed the world, and yet we “recovered”, let’s hope the same thing happens again.

The video of Sandra Sully crossing to the attacks is on Youtube, though unfortunately the sound is really crap.