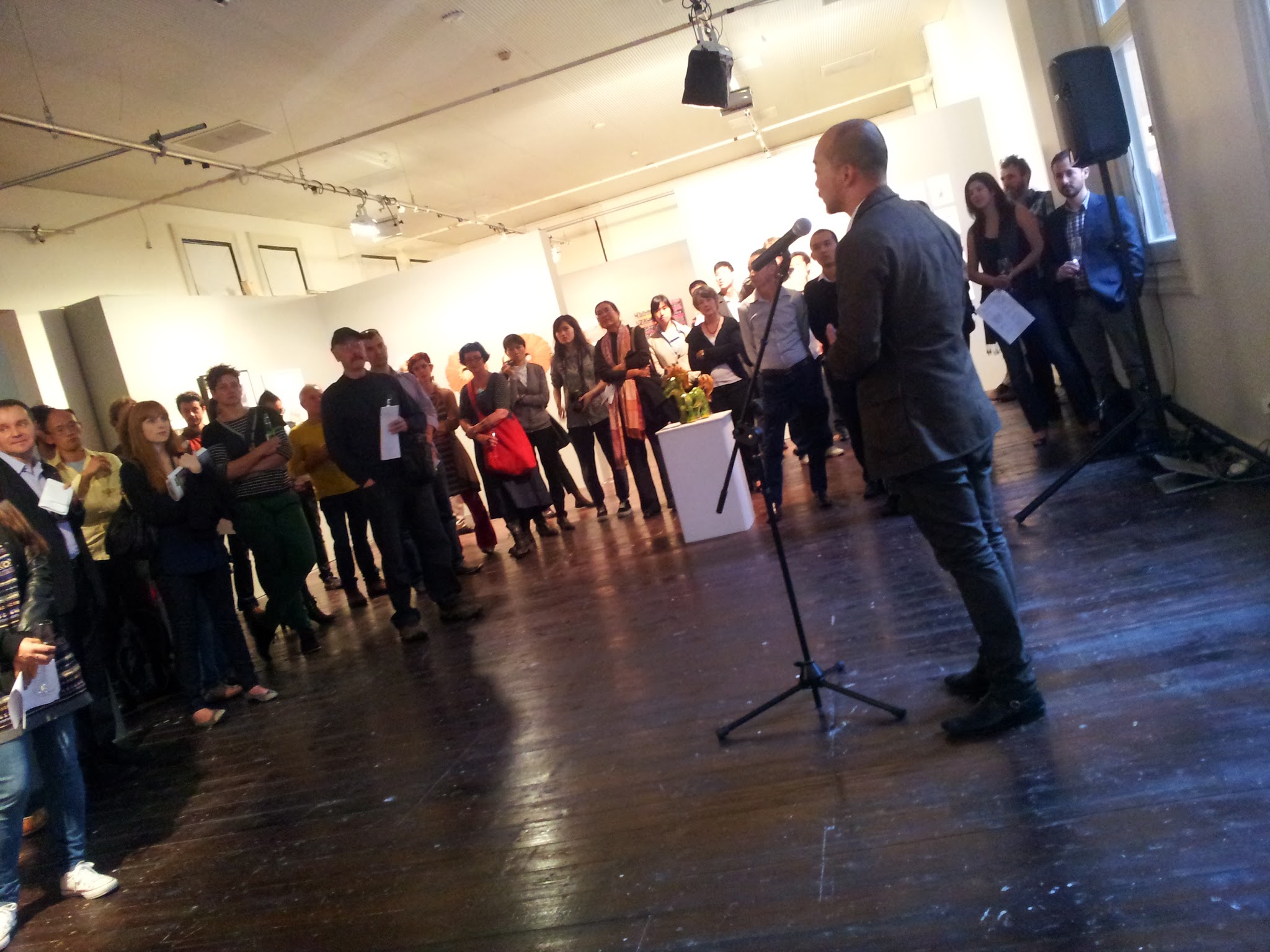 “I have this feeling we’ve met each other before”, the young woman said to me tonight at Sydney’s 4A Gallery. We had been introduced by my friend Kate at the annual Members Exhibition of the Sydney gallery which specialises in Asian-Australian Art. It’s a gallery which I like very much, and which I support through their Edition Series, and through generous bar “donations” at their regular opening nights. In what was less than six degrees of separation, the young woman and I quickly established we had been to the same “group dinner” in Beijing just over two years ago. She’s an Australian born woman with Chinese parents who had spent the last four years living in Beijing, and who had recently returned to live in Australia, and who actually knows some people I work with. What are the odds?

I was there visiting Kate who lives and works on-and-off in Beijing. On my final night in town, however, she needed to make a visit to Hong Kong to renew her Visa. Thus, I spent the night with a friend of hers who has lived in China for over twenty years and who works in the arts and a former colleague (and friend) of mine who had previously lived in Beijing, and who just happened to be back in town at the time. What are the odds?

The night started off with a very lovely dinner at a restaurant. Don’t ask me where it was as I don’t remember, not because I was drunk or anything, but because I simply didn’t know my way around Beijing to remember. “There were two tables of people, weren’t there?”, the woman tonight asked, adding “Didn’t you guys end up going to Destination?”, she asked, a reference to one of the better known gay bars or “exotic bars” as they’re known locally in Beijing. “Yes”, I told her, adding we had also ended up in a rather nameless, seedy bar in the middle of nowhere where a group of young women didn’t seem to mind we were gay, showed incredible interest in dancing with us, and generally hanging out. “Blame it on the baijiu“, I told her.

Baijiu? As I wrote at the time…

And so when it was suggested that we purchase a bottle of the Chinese high spirit alcohol, I was a little nervous. “What does the smell and flavour remind you of?’, a friend asked me. “Amyl nitrate”, I replied.

What are the odds, though, of being at the same table as someone two years ago at a restaurant in Beijing, and meeting them again tonight at an art gallery in Sydney? Would that be 23-million-to-one?