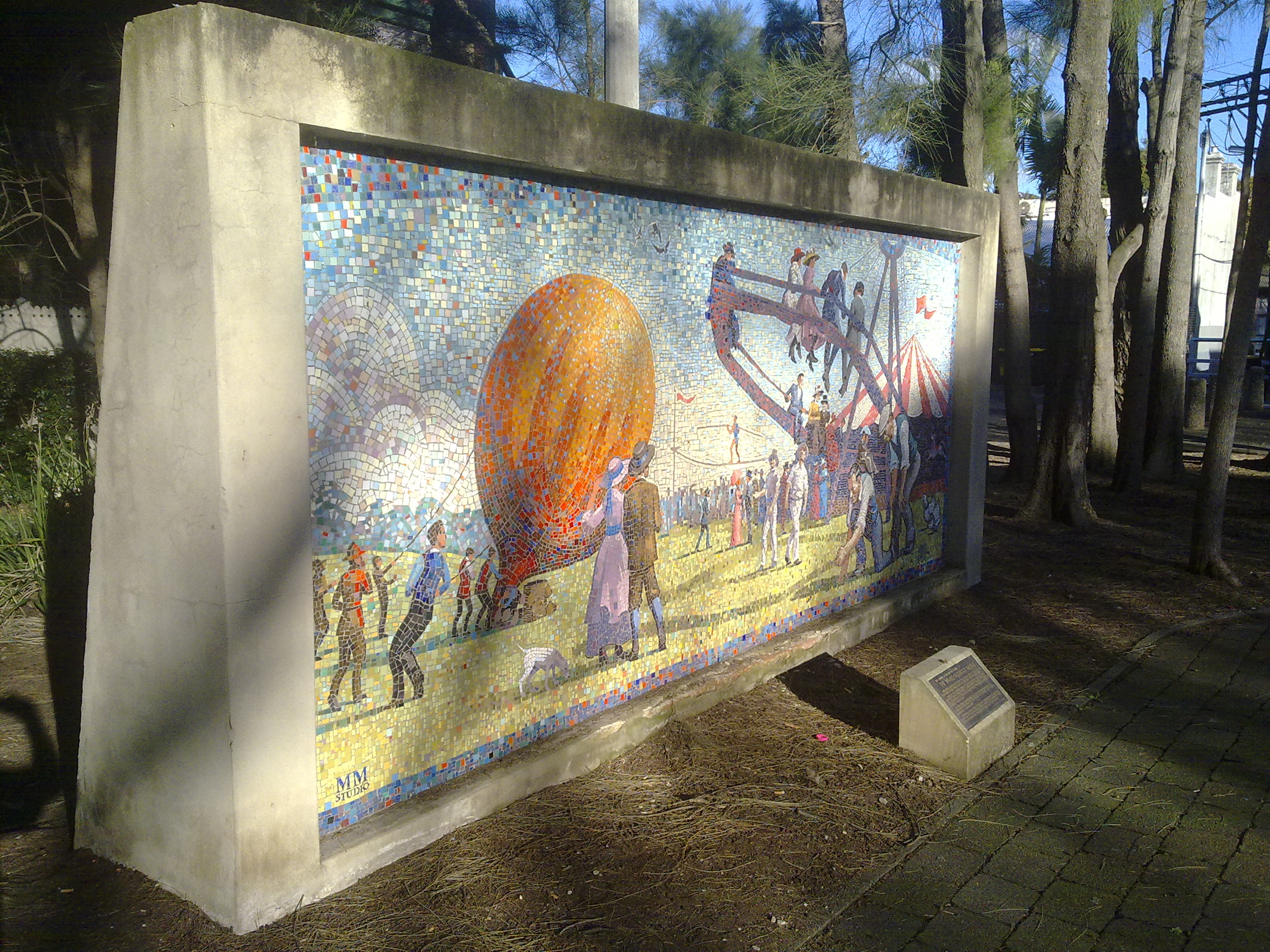 Out of the blue this week, I received some comments on a blog post I made back into 2010 about Wimbo Park. Wimbo Park is lovely little park at the end of Devonshire Street, Surry Hills opposite the semi-famous Bourke Street Bakery, and not far from where I live. It’s a lovely space to sit in the late afternoon, and it’s probably the space where a bunch of people who’ve bought food from the bakery will often go to sit, relax, and eat their tasty delights. Though they probably don’t know it’s called Wimbo Park…

As I wrote at the time

According to a plaque on Bourke Street Wimbo Park was officially opened on 14th April 1982 by the Lord Mayor of Sydney, Alderman Douglas W Sutherland AM. There’s also a mural which tells you about the different uses the ground had prior to becoming “Wimbo Park”. Curious to know more about the history of “Wimbo Paddock” and “Wimbo Park”, when I arrived home tonight, I went online but found very little. Surry Hills blogger, Neil, of course, has previously blogged about it. But beyond that, there’s very little. There’s a brief reference to a need for improved lighting in City of Sydney council minutes from 1997. There’s a few references to a rather obscure EP, only released in NZ, by a band called Dappled Cities. And there’s also a Wimbo Park in Cannock in England, apparently.

According to the correspondence I’ve received in the last few days, Wimbo Park is under threat due to the planned light rail extension through Surry Hills.

Yes the proposed route will remove Wimbo Park and Olivia Gardens apartments, along with homes on South Dowling Street. We hope for an update at our community meeting this Sunday at 11am.

It’s a real dilemma. I really like the idea of light rail coming through. I also really like the park. Hopefully you could have both, and so I hope the community meeting and (presumably) consultation will find a win-win solution, though I’m not confident. It shouldn’t be too hard to preserve the history though, you would hope. I’ll probably pop along on Sunday morning to see what’s going on.