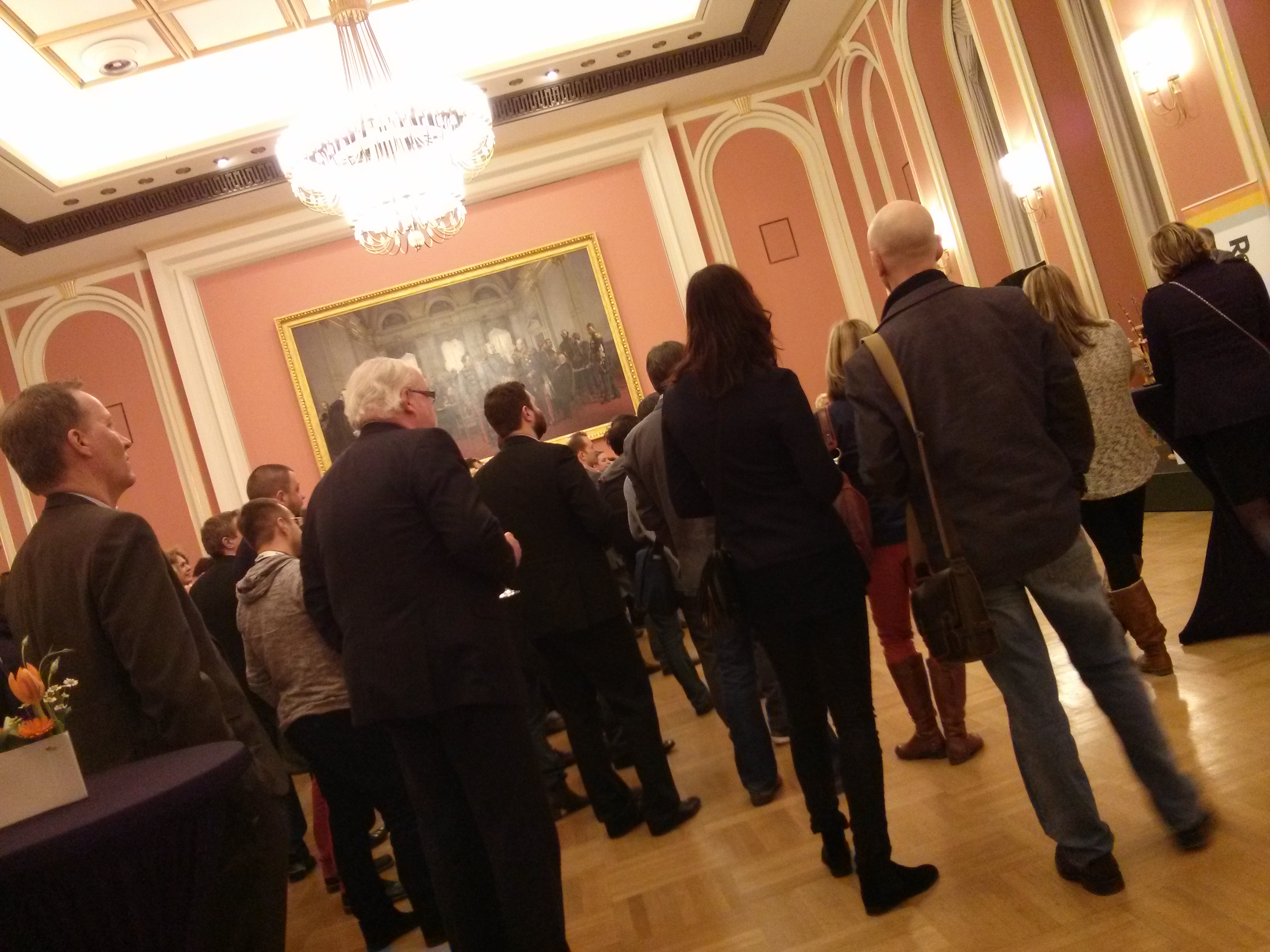 There was a terrific response in the room to the talk given by fellow Australian, Sam Cavanagh. Sam is the Executive Producer of the Hamish & Andy Show. At the heart of his talk was an idea around how the program team treated their audience. As he spoke, with a great deal of passion, there was a real sense of excitement in the room around the idea of seeing your audience as “fans”, not “listeners.”

Many radio stations, he argued, saw their audience merely as “listeners”, whereas the Hamish & Andy Show came from the approach of seeing their audience as “fans”. Once you see your audience in that way, he argued, you can actually get closer to them, as they become more involved in what you do.

He gave some terrific examples of where the audience came along for some wonderful promotions, including one where Hamish & Andy attended something like forty family parties (from babies to adults, from christenings to “How To Host A Murder” parties), and one where they brought out Sylvester Stalone’s brother (who was a singer in the 1970s) to tour. Sam explained “we could have made it free, but we charged everyone a token amount, five bucks, so they felt like they had an investment in it”.

On a totally different level, I was completely blown away by the talk given by Susan Marjetti from the Canadian Broadcasting Corporation. As the manager of the local talk radio station in Toronto (probably one of the world’s most culturally diverse communities), she explained how she and her team transformed their radio station over the last decade.

Like a lot of public service broadcasters in a similar position, the on-air line-up and listenership of the radio station remained older, mostly male, and mostly caucasian. Their goal was to transform their radio station into something which more closely resembled the city in which they were based. It wasn’t anything about being “politically correct” or anything like that, she argued, saying there was a strong business case about meeting one of the public service goals of the public broadcaster (to broadcast to all Canadians), and about growing their audience in the future. “If we don’t get this right, we’ll be a precious emblem to a dying elite”, one of her colleagues said to her.

When they began transforming their on-air line-up (including regular guests) with a younger, more culturally diverse people this initially led a fall in ratings. But within twelve months, they went from sixth place in the ratings to number one, and they’ve been number one for fifty surveys in a row, she explained proudly.

She’s a great speaker, and I found it personally very inspiring to hear her speak, as it’s something I also feel very passionately about.

When it came to the discussion about digital radio, including DAB+, I admit, I had mixed feelings. At times I was inspired, other times I felt a little sad. Sometimes I felt it was almost as if the industry I’ve loved all of my life was “begging” for its future survival. I sometimes felt as though we were “pleading” with the public, government and manufacturers to convert to digital radio to ensure our industry can survive, as more and more people use smart phones, computers, televisions and so on, to access our content. I sometimes feel like we need to stop saying “it’s better quality sound” and emphasising all of the technical reasons why we should switch to digital and spend more and more time saying, “hey we’ve got the best damn radio you’ll ever hear”, emphasising how great the content is, and can be.

In Norway and Denmark they have firm plans for switching off their analogue radio network, and in the UK, one of the speakers mentioned a likely announcement towards the end of the year. I was particularly interested in the discussion about the analogue switch-off in Norway, as, like Australia, the geography of the country (mountains) and the low population density (isolation), significantly increases the challenges involved.

It was, overall, a really interesting day which I enjoyed very much.

19h James O’Brien ‏@JamesOBrienAU
Caroline graze spoke of radio station dating app too bring listeners together and to get demographics of audience. #rde13

12h UK Radioplayer ‏@ukradioplayer
We’re very proud to announce that Norway are adopting our UK Radioplayer system. The world’s waking up to the power of partnership #rde13

Oh, and as you might have noted from these tweets, I presented a paper too.