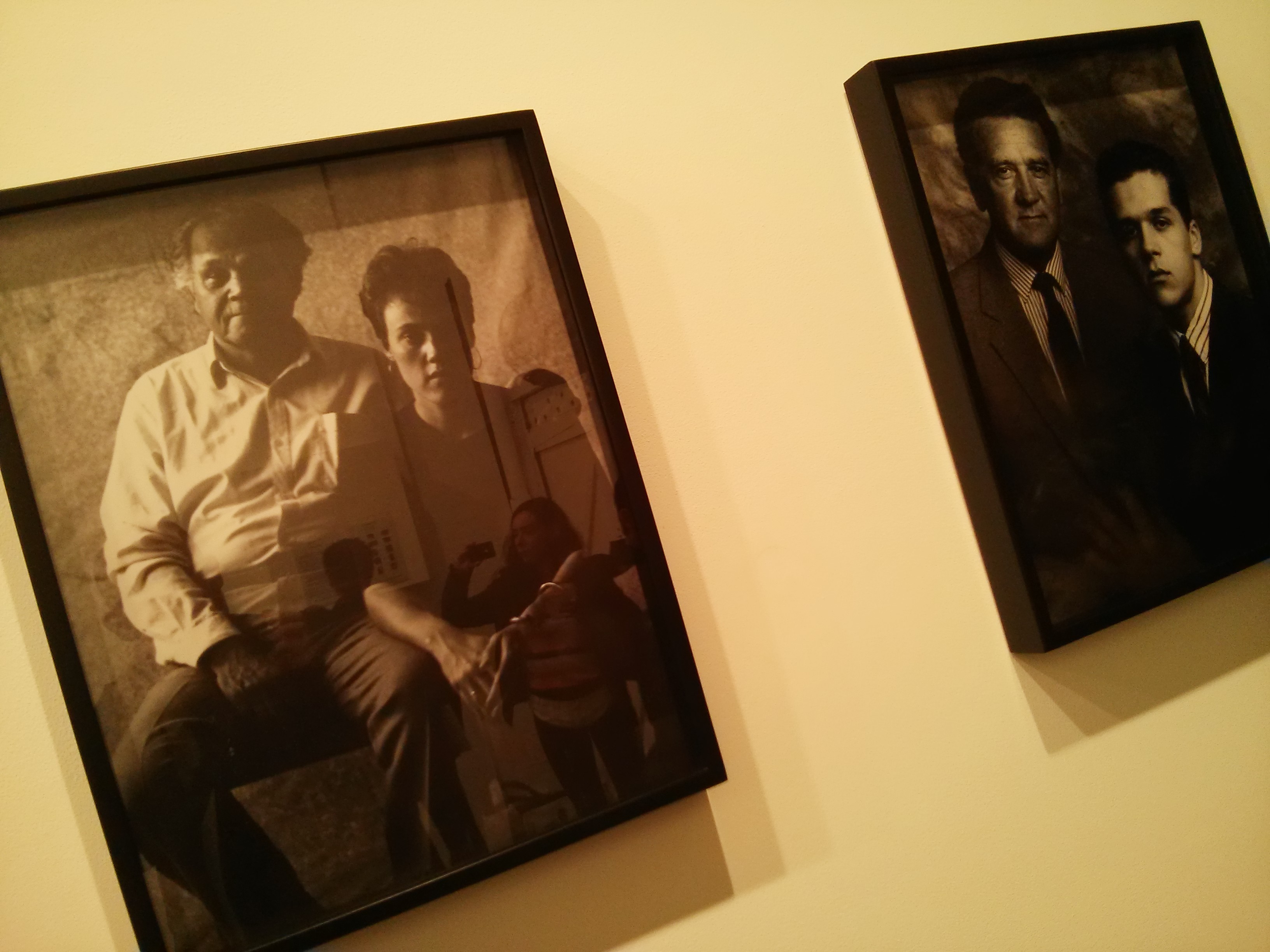 “Tell the story about the bed…”, someone yelled out from the crowd attending the opening night of the Michael Riley retrospective at The Commercial Gallery in Sydney tonight.

As noted by Wikipedia…

Michael Riley (1960–2004) was an Australian Indigenous photographer and film-maker, and co-founder of Boomalli Aboriginal Artists Cooperative. A significant figure in Contemporary Indigenous Australian art, Riley’s work is held by many public art institutions including the National Gallery of Australia.

The exhibition at The Commercial Gallery features about twenty very beautiful photographs taken by him during the 80s, 90s, and 2000s. They’re all black and white portrait photographs, shot simply and processed reasonably heavily. All of the subjects are Indigenous Australians living and working in Sydney at the time.

There’s some beautiful father/daughter, father/son photographs, along with some stunning single person photographs, including one of a bloke called Darryl who is a friend of a friend. I’m not sure how old Darryl is now (as we chatted tonight I kept looking at the grey of his temples and in his three-day beard growth) but in the photograph, it looks like he’s in his early twenties. With long dark hair and his eyes closed (and looking very, very attractive), you wonder what’s going through his mind. He actually told us tonight the story behind the photograph (which was hilarious), though I don’t know if I should re-share that story here.

But since the story about the bed was told publicly by Michael Riley’s sister I suppose it’s okay to re-share here. She told the story of how her brother secretly recorded a conversation between her and a friend as they chatted as teenagers about “boys” by secretly placing a cassette recorder under her bed. He later embarrassed her by playing it back to her. The story illustrated in some ways how Michael Riley (through photography) spent his life quietly documenting the lives of those around him. He sounds like he was an interesting bloke.

Many of those attending tonight’s exhibition were also at the opening night last night of an exhibition at Sydney’s Carriageworks which documents twenty years of the Gadigal Information Service. What was “Radio Redfern”, but became “Koori Radio” is beautifully documented in a series of photographs, sound files and videos. “They’ve even got the fridge”, a couple of friends commented, upon seeing the sticker-adorned fridge of the community radio station. As I looked closely at the stickers on the fridge, they tell the story of community radio stations around Australia run by Indigenous people.

For me, the interesting part was seeing the carefully laid out program guide, reminding me of my time in community radio where programming decisions were often made around people’s availability, rather than what the audience would want. “I can’t do 3 o’clock because I have to pick up the kids from school”, was a phrase you would sometimes hear people say to explain why their program should be on at a particular time in the times of democratic program making.

Also interesting was to listen in to some oral history from volunteer presenters against a backdrop of a video/photograph. By that I mean, it was a video you were watching, but it was done as if it was a portrait photograph, so the people didn’t actually move (or maybe just a bit).

The exhibition was opened by NSW Labor politician (Deputy Opposition Leader), Linda Burney who became a little tearful as she remembered her own time as a community radio volunteer, and how important radio was to that particular period of Indigenous activism in Australia during the 1980s and 1990s.