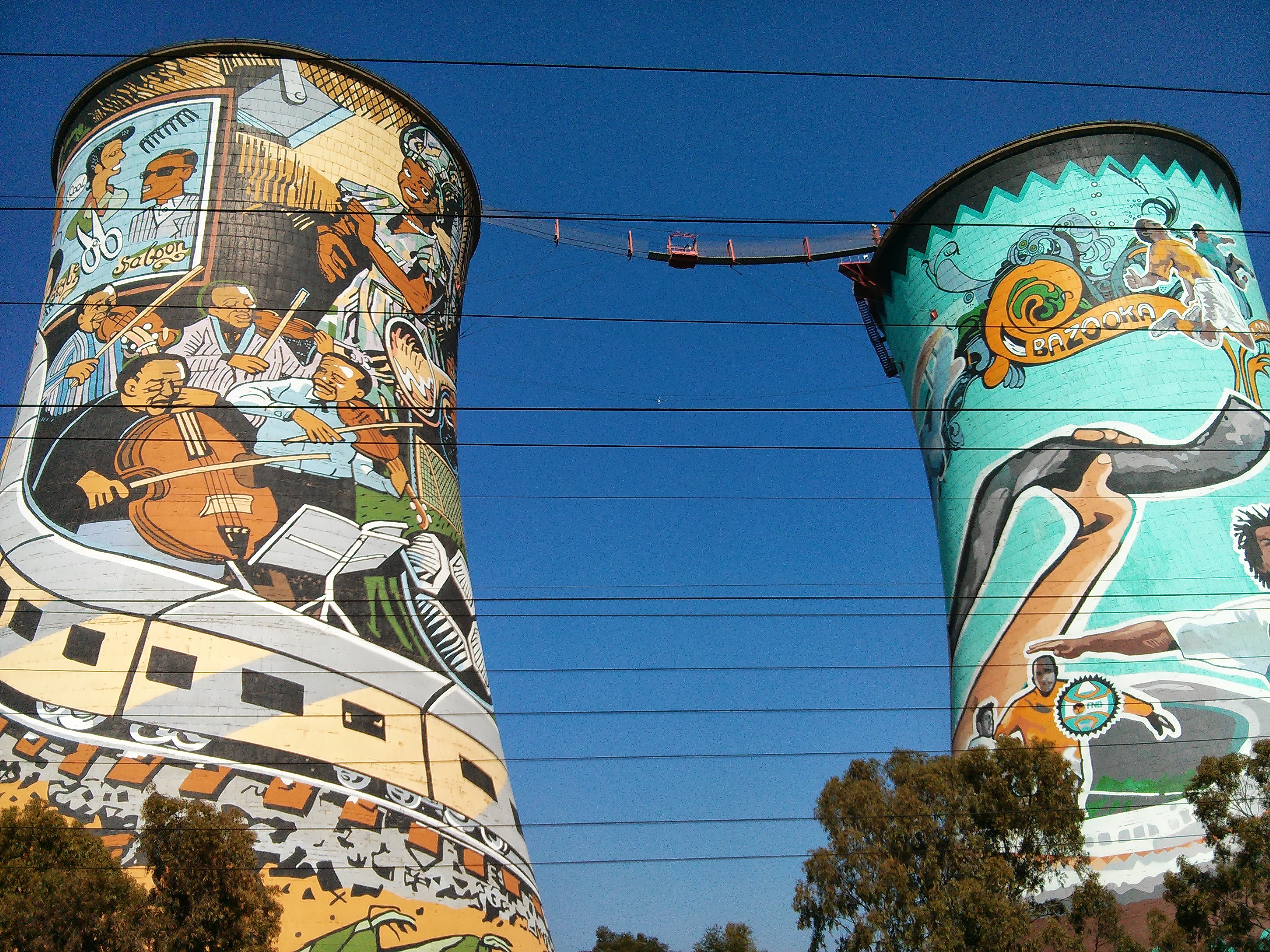 “You don’t need to go on a tour of Soweto, I’ll show you around”, Paddy told me as we sat and chatted on Sunday night at the Ratz Bar in Johannesburg. Paddy introduced himself earlier in the night, asking if I would take a photograph of him and his mate David. “Would you please take our photograph and then would you like to join us”, he said to me. Paddy runs a restaurant and David works as a set designer in television. They were both absolutely delightful, and I hope we’ll stay in touch.

I would have taken Paddy up on his offer, as he was born and raised in Soweto, except for the fact the fact we both probably had far too much to drink that night, and might have struggled the next day.

Instead, I went on the group tour I’d already booked on. I’m not sure why (maybe it was a Monday) but there were no other tourists booked on the tour, so I had an incredibly personal tour from a bloke who was born, raised, and still lives in Soweto.

There were actually two other people on the bus, but they were “in training”. One of the two, a young guy, introduced himself to me as coming from the East Cape. He told me he had completed a tourism course, and now had a six-month internship, hoping to gain a job working in the tourism industry at the end of his internship.

It can’t be easy finding a job in South Africa at the moment, though. “The unemployment rate is about 45 percent”, the tour guide told me as we travelled around Soweto. Despite the high unemployment and the obvious poverty, I actually felt some optimism about the future of Soweto.

The guide explained to me, for example, how much of the shanty town accommodation is being transformed with new housing. Despite much of the negative commentary I’ve heard over the last few days about corruption in the South African government, it sounds as if transformation of Soweto is a major priority for them, and so hopefully this will mean an improvement in the living standards of people there.

Nonetheless, there are many sad things to remember about Soweto, including the memorial for the many thousands of children who died protesting the extremes of apartheid. The coal power generator towers (now beautifully coloured, and the site of bungy-jumping on the weekends) are also a reminder of the many health problems experienced by people in the region.

There were lots of things about Soweto which surprised me which included a visit the house of Winnie Mandela (quite large), the house of Nelson Mandela (he only lived there for one month, before being moved to protect his safety) and the house of Desmond Tutu (surprisingly close to the others).