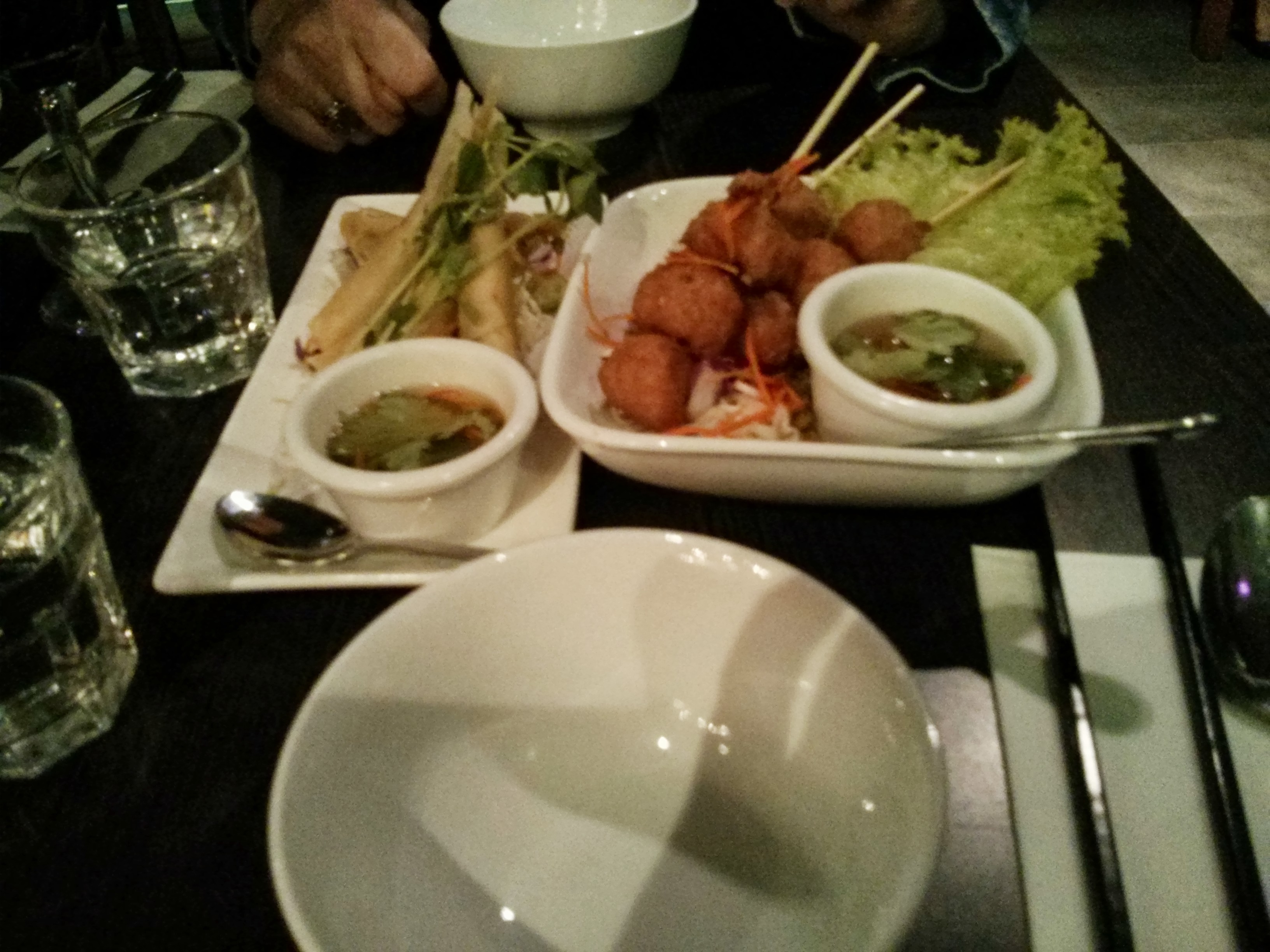 “It’s all a bit busy tonight. Clearly everyone’s read my blog”, I joked to my friend as we made our way into Xage. Xage is a terrific restuarant located in and otherwise “dead” part of Crown Street, Surry Hills.

We first visited Xage about three or four years ago when they first opened. I wrote a blog post about how good they were, and it became one of the first “endorsements” on their website. It’s still there now. As with the last time we visited, the food was excellent.

As we were in the area, we thought it would be a good place to have a meal, after having seen “Blue Jasmine”, the new Woody Allen film at The Verona.

I’d spoken about the movie with a colleague earlier in the day. “I won’t say too much”, he said, “except that it’s based on A Streetcar Named Desire”. “That’s one of my favourite films”, I told him, adding that I’d actually watched the classic Marlon Brando film a week or two earlier. While there are similarities with Streetcar, the neurotic woman falling on hard times, the “oafish” brother-in-law this is not just a simple remake.

The essence of the plotlines remains the same. The sister has fallen on hard times, has had a bit of a nervous breakdown, and moves in with her sister and brother-in-law. There’s a modern take in the sense the sister is already divorced and is now in the midst of a new relationship. We also learn a little more about the backstory of the “Blanche” character played by Cate Blanchett.

“There’s Oscar talk already for Cate”, my friend noted as we made our way down the street, after watching the film. Understandably so, since she plays a complex character who is deeply flawed, doesn’t really have any/many redemptive features, but who you also feel sympathy for, since she’s obviously dealing with a mental illness.

All of the actors are good in the film. “I liked ‘the other one’” I heard someone say as we left the cinema. The “other one” was obviously a reference to Sally Hawkins who played the sister, Ginger. Hers was a sympathetic character played well, I thought. “Mr Gravity hasn’t been kind to Peter Sarsgaard”, we both noted with a laugh, as we talked about the film later over a drink. “What happened to the sexy young man from Kinsey?”, I asked. We’re all getting on a bit, I guess.