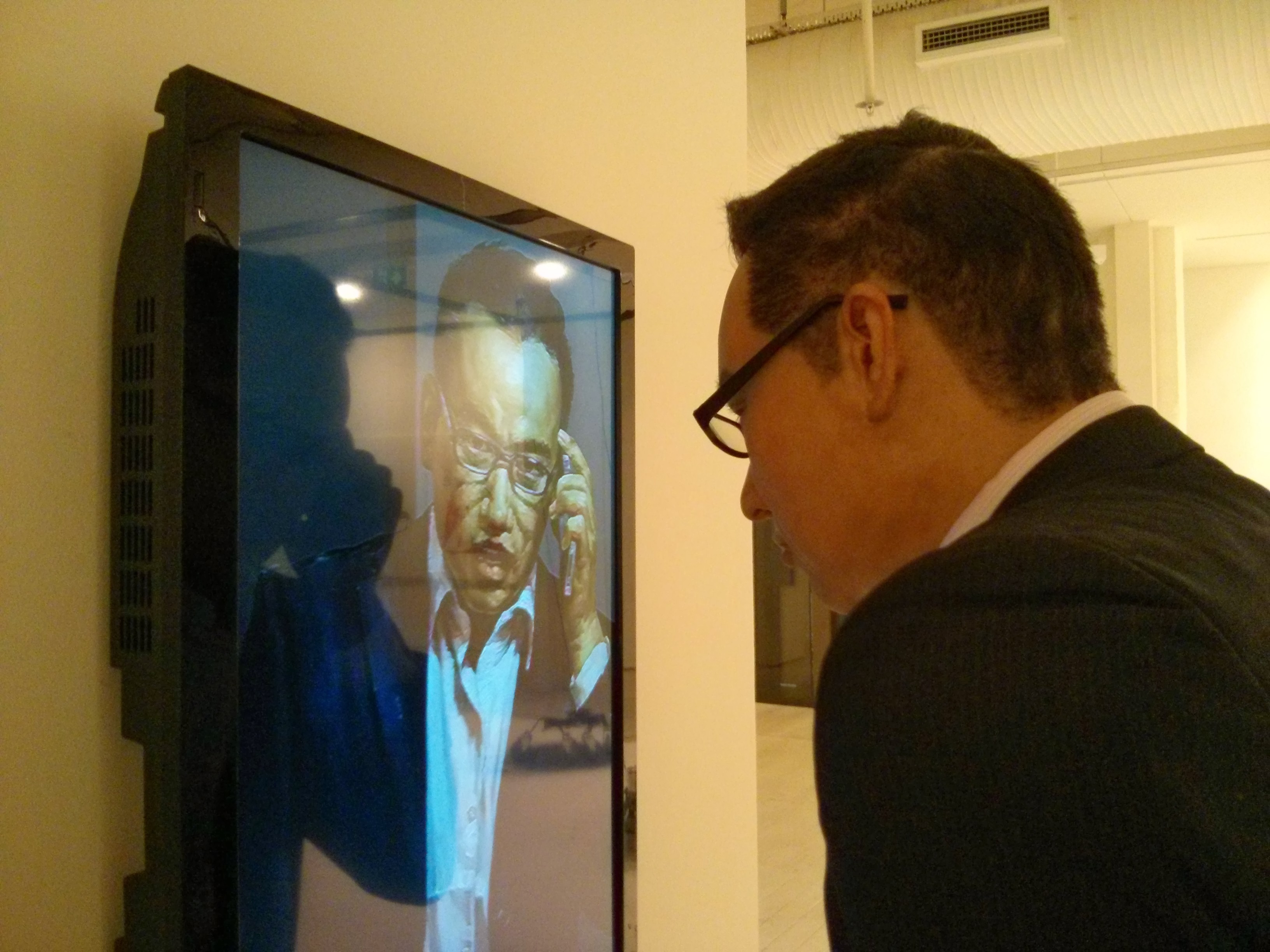 “Most of our billionaires are selfish arseholes”, I told Sandra as we made our way in the elevator to the top floor of Sydney’s “White Rabbit” Gallery. In all honesty, it was probably a bit unfair, a bit of an unfounded generalisation. The point I was trying to make was that, while some of our billionaires make the headlines for their apparent apparent “meanness”, others, including Judith and Kerr Neilson have more quietly gone about their philanthropic works. In establishing “White Rabbit” they’ve made a really substantial cultural gift to the people of Sydney, a little like how David Walsh have made a wonderful gift to the people of Tasmania by establishing “Mona“.

Every time I go to “White Rabbit” I have a “wow” moment, and so that’s why I suggested Sandra and I should commence our “gallery crawl” there. Sandra is visiting from Sweden, has a strong interest in art, and with just a few days in Sydney, I thought “White Rabbit” was an important thing to do, as we both took a few hours out from our busy lives to enjoy an afternoon of visiting galleries, being a tourist, and having some gorgeous wine and food along the way.

The real “wow” moment at “White Rabbit” right now comes an art-work which dominates the best part of an entire floor of the gallery. Thematically, the work is about the oppressive nature of much religion. In practice, the artists have linked religion with bondage and discipline. Hence, they’ve created a work where they’ve created a major religious building made entirely from leather.

The other really amazing work at the gallery at the moment, features two very life-like figures. At first, I thought the figures were “real life” people looking closely at some art works. After a few seconds I realised the figures were actually part of the art work themselves. The plaque attached to the work notes that, when first on display in Shanghai, many people walked straight past it, not realising it was an art work in itself. “It freaks me out sometimes”, the gallery attendant told us. “Sometimes first thing in the morning, I forget about the work and think they’re real people who have arrived early. Other times, late in the afternoon, I’ll sometimes go up to them to try and tell them it’s time to leave, the gallery has closed”, he added.