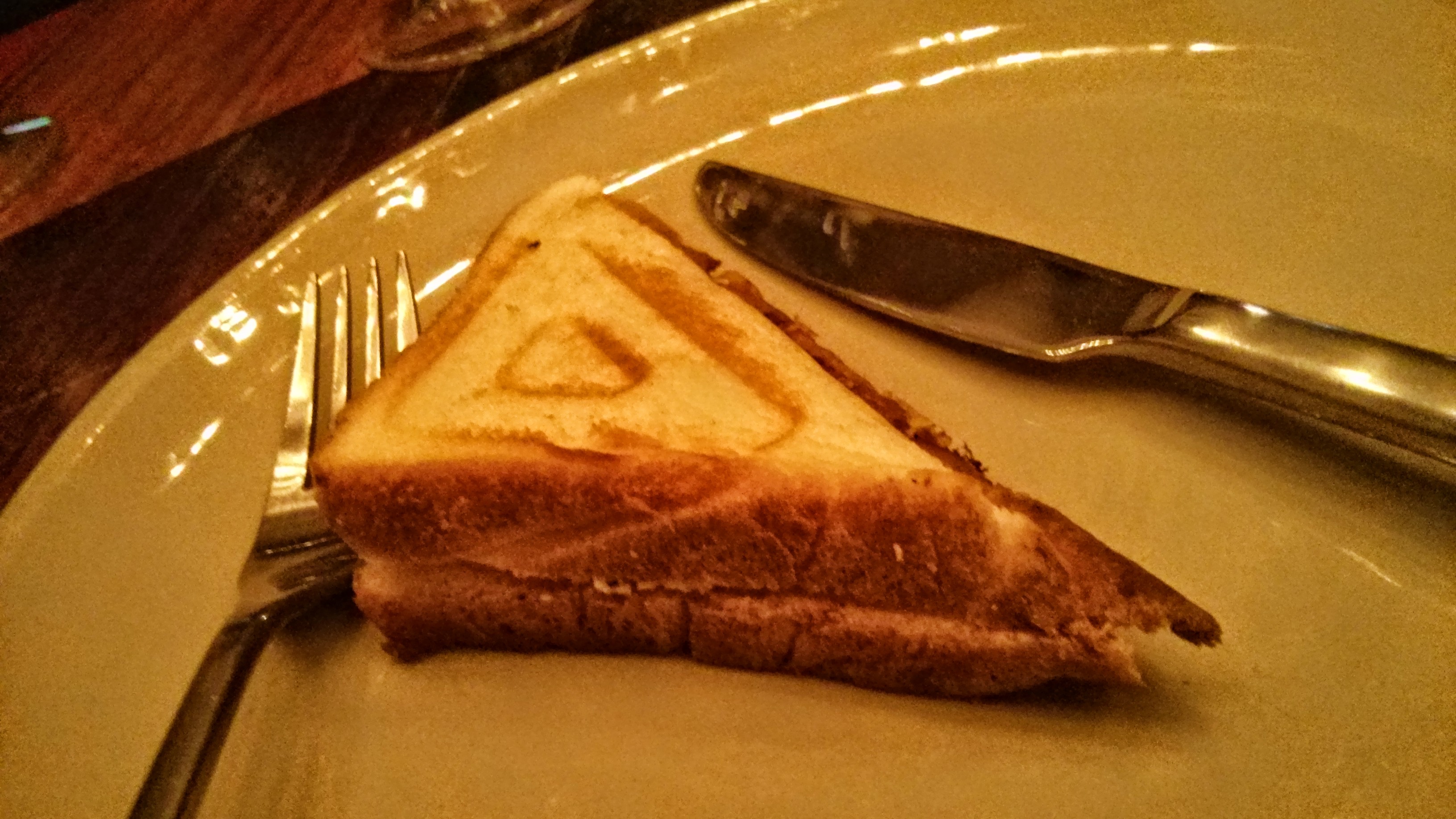 Toasted Sandwich on the Menu

At one of the entrances to Monster, a restaurant/bar in Canberra, there’s a row of bicycles. For a brief second I wondered if they might have been the bicycles used by the staff to get to and from the restaurant, though I quickly concluded they were probably there “for effect”. “It’s very hipster”, my friend Patrick commented.

Patrick has been living overseas for a few years, and has only recently (the last few months) arrived back in Canberra.

As I was already planning to come down for work, I decided to make weekend of it, go to some of the galleries, and catch up with some friends. Patrick advised “Monster” was one of the hip places to eat in Canberra right now, and this evening’s meal clearly showed why.

Four glasses of wine and five meals set us back $126 which wasn’t bad at all. We probably should have just bought a bottle of wine. In Sydney, the same meal probably would have set us back an extra $30 or $40. As you’ll see from the photographs, the presentation was good for all. The tastes were also good, especially the kingfish which we both rated highly. The staff were also good: friendly, smiling and attentive without being in your face.

The design of the restaurant’s also really interesting. Although there are lots of shared tables, they’re designed (with lots of diagonal lines) in such a way that you don’t feel like you’re seated at the same table as other people. I also really like the wood panelling that dominates one of the entrances.