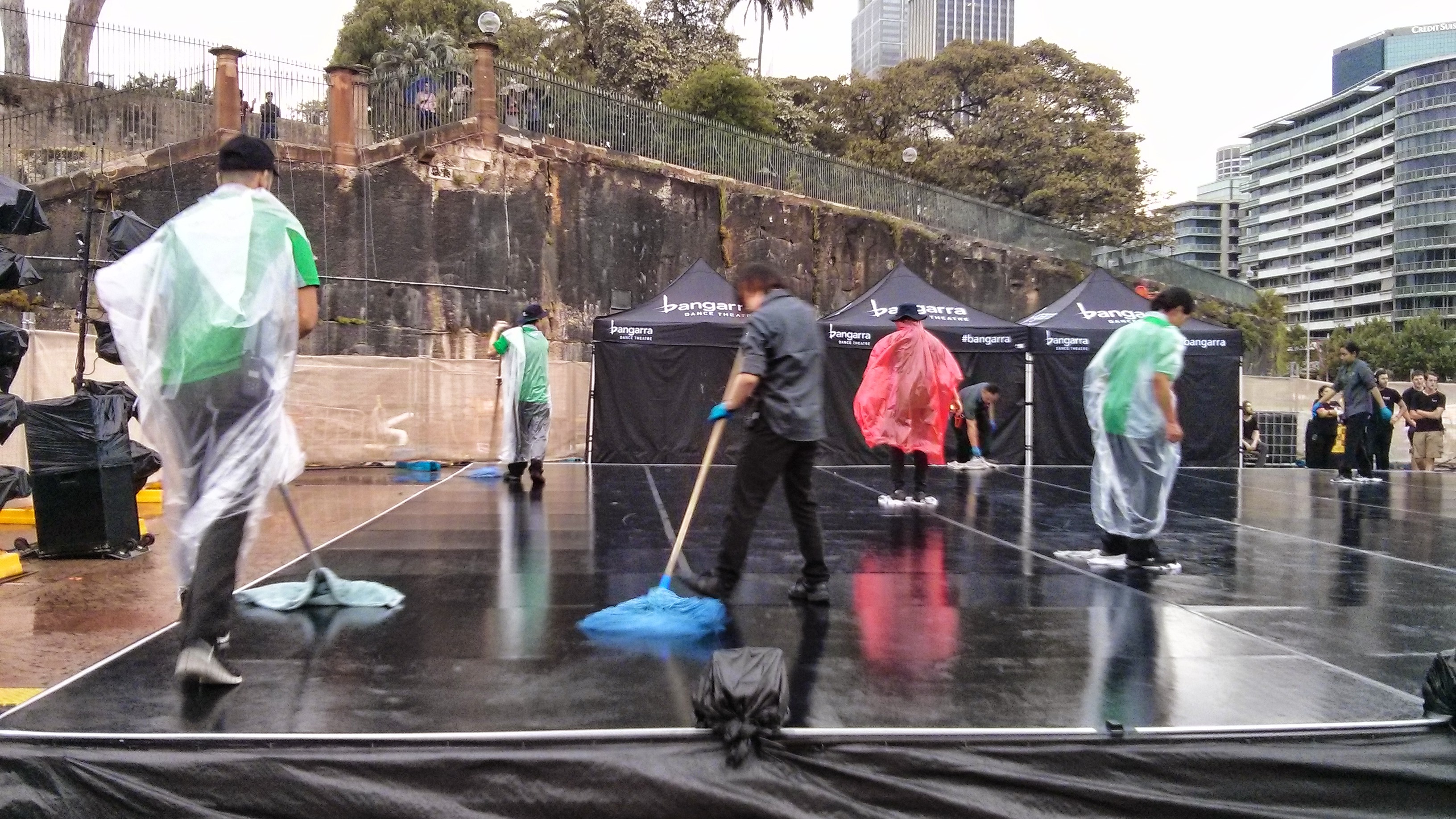 “I don’t mind if we get wet. I love getting rained on”, I said to Kate as we sat on the steps of the Sydney Opera House. In hindsight, I probably should have checked the weather before leaving the house, but since I wearing shorts, I figured getting wet wouldn’t be much of a problem. And besides that, it was a great thing to be part of, the 25th anniversary performance by Bangarra Dance Theatre.

Kate arrived earlier than I did, and so secured us terrific seats in the front row. For a couple of hours we sat there, chatted, ate and drank a little, as we watched and waited for the show to commence.

As I checked the weather radar, we overheard a couple of security guards chatting, offering their thoughts on the likelihood (or rather unlikelihood) of the show going ahead. For a while it didn’t look good. On two or three occasions cleaners came on stage to mop off the water. Even that had a certain theatricality about it. “You could put that in a theatre, charge thirty bucks, and say it’s edgy”, I joked.

The sheer risk of electrocution for the band and injury for the dancers meant they were only about to deliver a much scaled down version of what was planned. Nonetheless, it was a great evening, and one we (and many others) enjoyed very much.