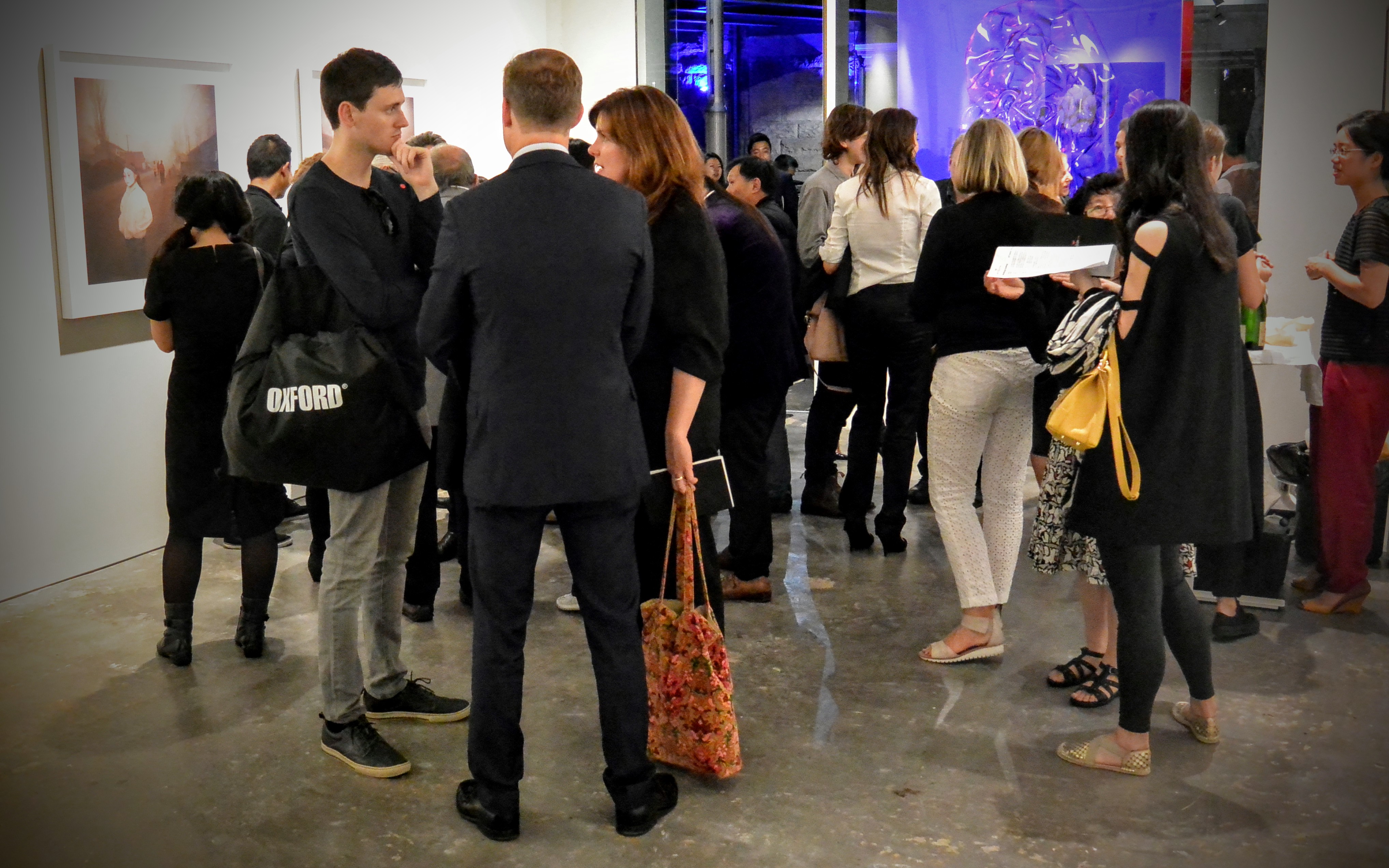 Our mission was simple: three galleries in three hours.

Kate, a friend of hers, and I met at 4A Gallery just after six. Though I really love 4A, have bought works from there, and have blogged about their exhibitions on many occasions, I was a little disappointed with their current exhibition, “Future Archaeology”. I can’t put my finger on it, but there was just nothing which appealed to me this time.

After about thirty minutes we left, and grabbed a taxi to S.H. Ervin for their current exhibition, “Country & Western: landscape re-imagined”. Though much more traditional than 4A, I really liked this exhibition, with its variety of styles and forms. Highlights for me were the four panels from Utopia (1996) by Emily Kame Kngwarreye, the wonderful aerial photograph by John Gollings of the Mount Newman mine, and a stunning work by Ronnie Tjampitjinpa called Bushfire.

And from there, we headed down the hill to the opening of a new gallery specialising in Chinese art called “Vermillion“. The space is small, and there was a large crowd, so I didn’t really have much of an opportunity to take a close look at the art. What I saw, though, looked interesting. And they had some very yummy wine and food for the opening.

It was now well before nine o’clock, and our mission was accomplished. Kate was able to catch the train back to Newcastle, and be home in bed by midnight.