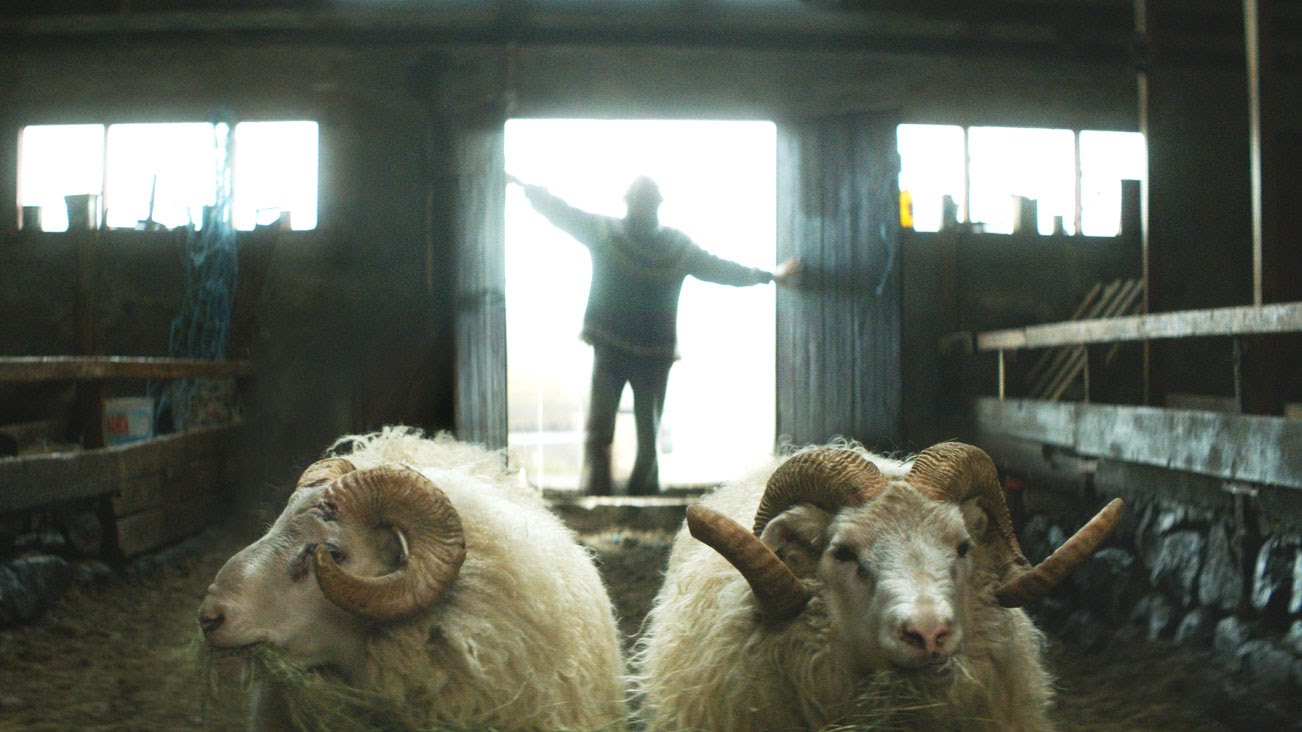 Three years ago – exactly – I was in Iceland. The Google Photos app on my phone reminded me of that this morning, presenting me with a lovely collection of photographs from a memorable week I spent there. It was terrific to revisit the glaciers, the hot baths, the volcanoes, the landscape (etc) on exactly the same day my friend Sue and I had planned to see the Icelandic film “Hrutar” (known in English as “Rams”).

Yes, sheep. The film is set in a small farming community in Iceland, and focuses on the relationship of two estranged brothers, Gummi and Kiddi who live side by side, tending their individual sheep, but who haven’t spoken in decades.

However, they’re forced to interact when a rare sheep disease is discovered, meaning the entire sheep population of the area has to be destroyed. For everyone in the area, there’s a direct economic impact. For these two brothers, there’s a strong emotional element, too, due to their joint history wrapped up in the blood-stock.

To avoid spoilers, I won’t go any further into the detail of the film. But in many ways, it wouldn’t matter if I did: though there’s a fair bit of action in the film, it’s very much a psychological film.

And as much as the film is very much about the relationship between the brothers, it’s also about the future of small farming communities. I remember when I visited Iceland, being told that in the wake of the eruption of the volcano, Eyjafjallajökull, farmers had the option of returning a couple of years later. In the end, many of them decided it wasn’t worth it, and that’s what happens in this film too.

The pacing is slow, and so if you like your movies full of action, this isn’t the film for you. But I really enjoyed it. Heart-warming. Yes, that’s the word to describe it.

Oh, and the scenery is just as I remembered it three years ago. Stunning.

P.S. Stay for the credits. Iceland has a unique naming system where everyone is either a son or a dottir. When you see all of those names appearing on screen together, it’s a little sureal.