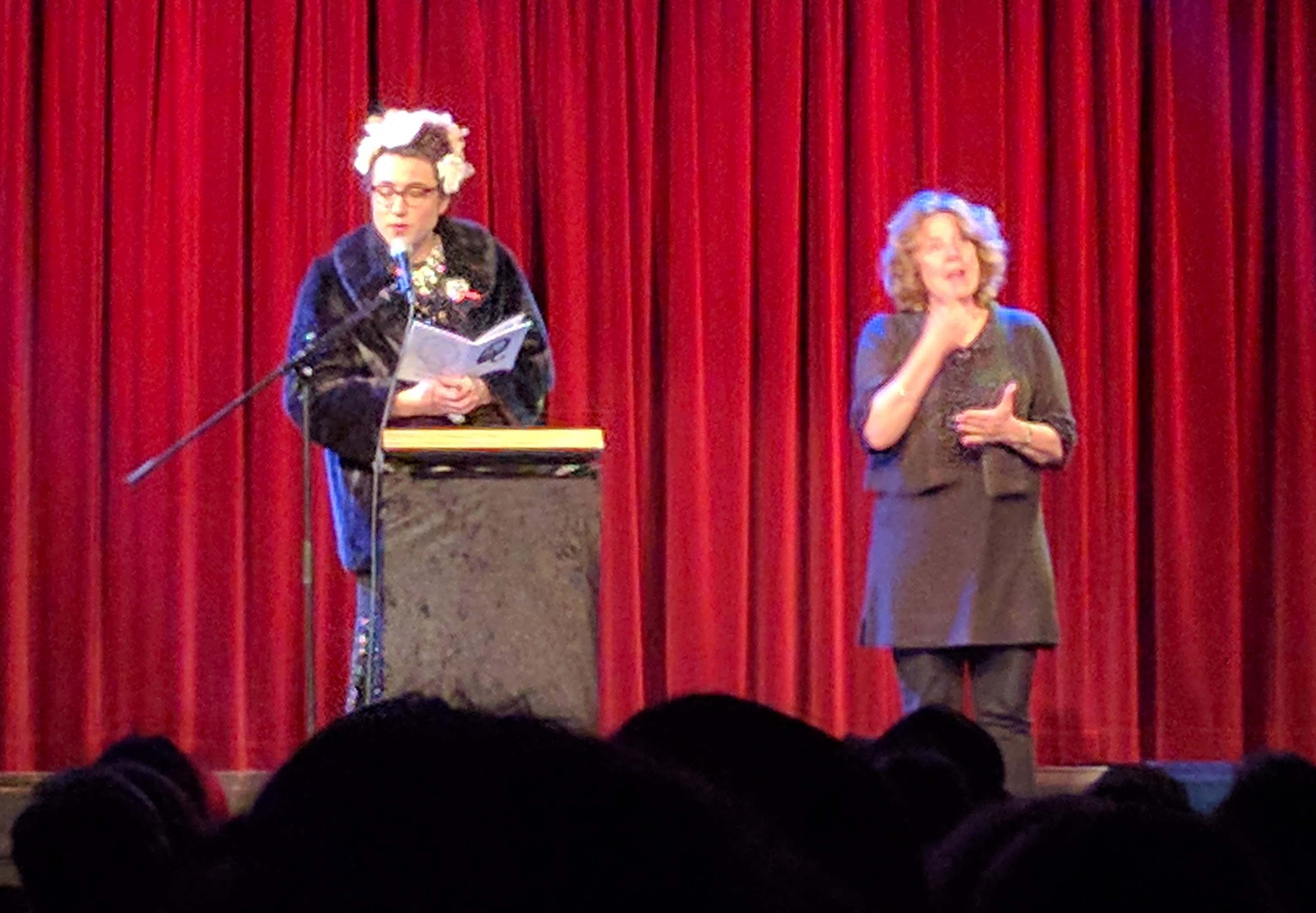 Although I’ve lost track of the number of “story-telling nights”, I’ve attended in my life, I know there’s always been a “dud story”. A story without meaning. A story without a proper end. A story that just goes nowhere. That wasn’t the case at Queer Stories, held Friday night at Sydney’s Giant Dwarf Theatre.

Starting off with the bloke from England, talking about being an “outsider” as a child. Now, living in Australia, he’s told his works are “too gay” for mainstream art. Following, was the story of a transgender man, who works as a scientist studying tsunamis, who experienced a near-death experience which brought to a head his conversation with his mother. Alex Jones talked about his experiences as a deaf man in the gay community, including the many misunderstandings that often occur. Refugee advocate, Tina Dixson talked about her dual identities as both lesbian and a refugee. And finally, Gender Transcendent Diva Mama Alto talked about experiences as both gender-fluid and Jewish descendant. And what a singer!!!

All of the stories were terrific, and well told. Can’t wait for the next one at the end of August.