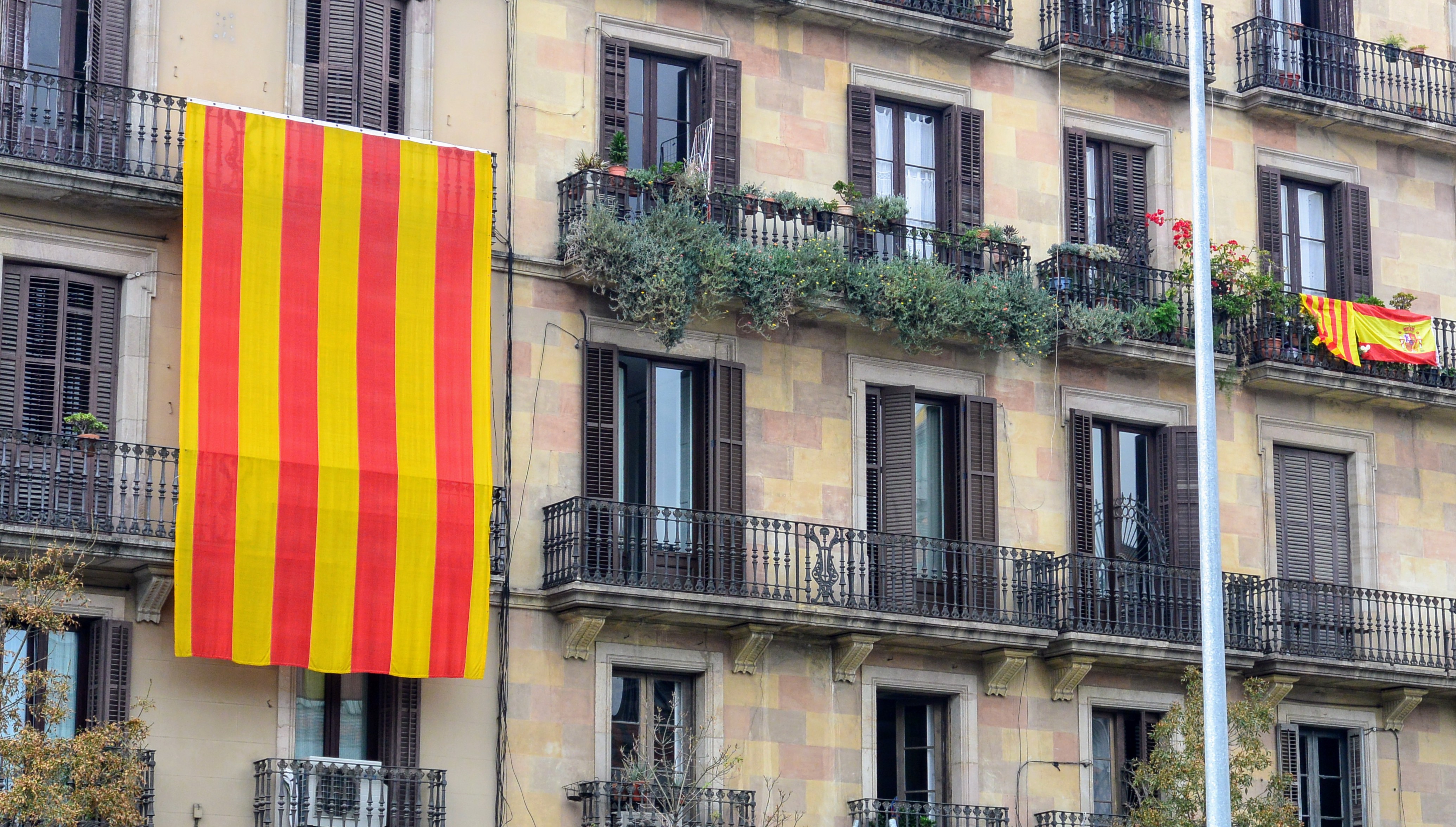 With recent moves for Catalan political independence, it’s an interesting time to be in Barcelona. In common with our own “national day” there were lots of people walking around the city draped in the national flag. In stark contrast, the Catalan flag dominated the buildings, often accompanied by a sign with some kind of political statement about democracy. Overhead, a lone helicopter hovered as people walked through the city.

Around us there were lots of police. Though it’s hard to be sure how much of the police presence related to political concerns, and how much of it related to the kind of crowd control measures we would also see back home on our own “national day”. A day which has its own strong political element also.

The date for any “national day” will never suit everyone, I guess, and so much of it needs to be seen in context of how and why it was declared, and how it’s celebrated. What anniversary does the date commemorate? Is it a date that unites or divides?

“I wonder why they celebrate Columbus’ landing in America as their national day”, I said to Sue as we walked through the streets yesterday. “Why would you celebrate that day, and not, the creation of a constitution, or a declaration of independence, or something like that?”, I thought to myself.

Thanks to Wikipedia, here’s the reason:

The anniversary of Columbus’ landing in the New World on October 12, 1492, is widely celebrated throughout the Americas; it is known as Columbus Day in the United States and as Día de la Raza in various Latin American countries. Celebration of the anniversary in Spain dates to 1935, when the first festival was held in Madrid. The day was known as Dia de la Hispanidad, emphasizing Spain’s connection to the Hispanidad, the international Hispanic community. On November 27, 1981, a royal decree established Día de la Hispanidad as a national holiday.

Our day started with one of those Sandemann New Europe “Free Tours”. Over about two hours we walked around, visited quite a few buildings and historic spots, and even took in some late morning tapas and a beer. For me, there were lots of highlights, including visiting what was the Jewish quarter, as well as being shown evidence on some buildings of wartime bombing. Our tour guide had a “unique” style which I eventually warmed too. With lots of self-deprecating humour, and with quite a few specific cultural references, I wondered how well his tour would go down with “non-native” English speakers. Still we laughed.

As if we hadn’t already seen enough churches, later in the day we took a train, a cable car and bus to the top of Mount Tibidabo, to visit “The Expiatory Church of the Sacred Heart of Jesus”. It takes a while to get there, and yesterday we were crammed into a tiny bus, along with lots of sweaty, smelly backpackers, and with lots of locals also headed to the mountain top, though they presumably more inclined to visit the amusement park next door.

The building is impressive. Already more than half a kilometre above sea level, you can already climb quite high, and see a terrific view of Barcelona for free. For an extra 3.5 euros, you can take an elevator to the top of the building, to see even more terrific views. And then if you’re willing, climb the stairs so you’re within a couple of meters of the statue of Jesus, at the very top. Highly recommended.

An early evening nap followed, before heading out for a bite to eat at a nearby pub called Casa Lopez. The pub attracts a Newtown/Surry Hills kinda crowd of long-term locals and recently arrived hipsters, and has a lengthy tapas menu.